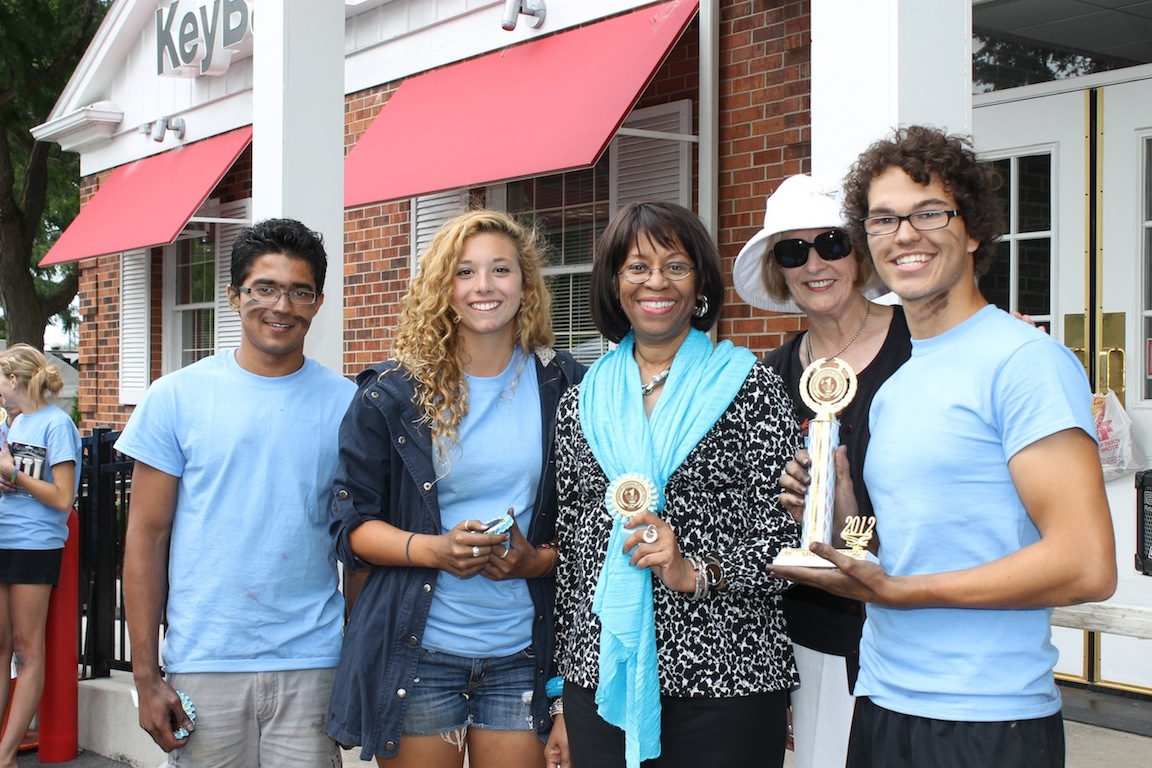 Grand Island High School kept the tradition alive Saturday in Lewiston by winning the high school Chalk Walk competition at the Lewiston Art Festival for the third year in a row.

The team featured Abhiraj Grewal, Ali Price and Marshall Cancilla, pictured receiving the winners' trophy from Marie Hare of KeyBank, sponsors of the event, and event chair Fay Northrop. Their mural, drawn in chalk on Center Street in the Village of Lewiston during the festival, earned top honors from a panel of judges.

Grewal said Saturday's success came through "hard work and sweat, and having fun." And a little work from their adviser, GIHS art teacher Megan Gaiek.

"It rained a little bit, but we had a tarp, and Mrs. Gaiek saved the day," Grewal said. "Her and her husband, they picked up the tarp and stood over us with it and covered us."

GIHS's win three years in a row prompted Hare to call GI "the team to beat" with two returning artists (Grewal and Price) next year.

Gaiek said she was proud of her trio of students. The event is positive recognition for art students who might be overlooked by academics and athletics.

It's "nice that this kind of venue showcases their talents and they're able to shine and be noticed," she said.