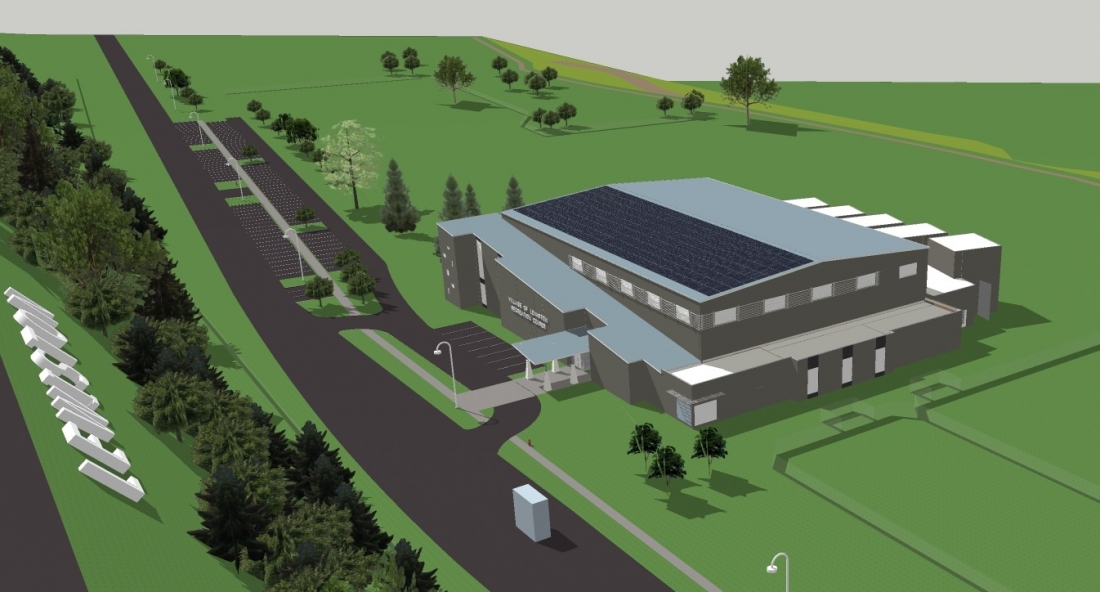 The second recreation center proposal showed the complex at the Lewiston plateau, not the Red Brick. (Working image courtesy of Giusiana Architects & Engineer)

In a surprising turnabout Saturday, the Village of Lewiston has shelved the recreation center proposal. Mayor Terry Collesano spoke with Brian Hall, son of WTS President and CEO Gary Hall, who informed him his father was not moving forward with plans to build a new, multimillion-dollar complex in Lewiston.

On Friday, trustees were confident Hall would change his mind after his son sent an email Thursday indicating Gary was pulling out. A new drawing of the proposed recreation center was created, showing the two-story, 36,000-square-foot building on the plateau, instead of behind the Red Brick Municipal Building. Letters in support of a new rec center were collected. There was even some talk that the village would look for other sponsors or donations if Hall did, in fact, withdraw.

But Collesano said that's no longer the case.

"It's disappointing," Collesano said Saturday afternoon. "We're all disappointed that (the plan) didn't have a chance to go through the process and people (in support) had a chance to speak."

The proposal had drawn the ire of residents living near the Red Brick Municipal Building. Collesano said he respected Hall's decision. The mayor said he regrets the negative feedback Hall has received from opponents of the plan.

In November 2011, Hall offered to finance (at least in part) a $2 million recreation center behind the Red Brick.

He had previously received permission from the Village Board to build a $1 million tennis center on the WTS property on North Second Street.

Find more stories on this subject in our "Featured News" section.