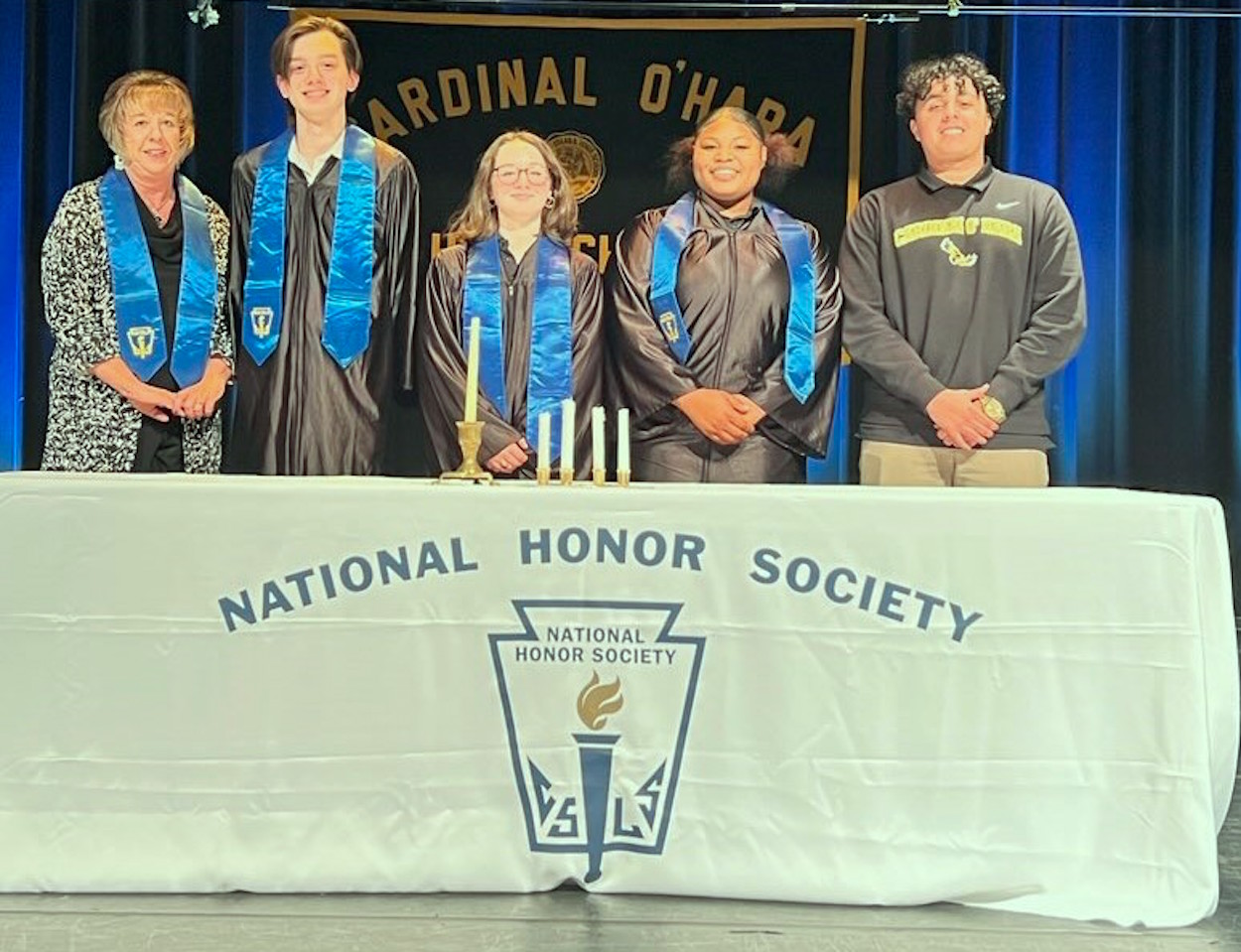 A press release noted, “The entire school gathered in the performing arts center while the proud parents of the inductees waited backstage. Each of the parents told heart-warming and funny memories of their child, surprising their student who was unaware of those selected as new NHS members. The memories carried central themes of pride, giving of oneself, caring and loving.”

New Principal Joleen Dimitroff welcomed everyone, and commented on the poignant ceremony.

"The stories from the parents were so emotionally moving. I teared up with joy when listening to the heartfelt messages of pride," she said.

Marissa Taylor, NHS president, described the selection process and introduced officers of the NHS, each of whom lit a candle for each of the four pillars of NHS – leadership, scholarship, character and service – and described its meaning.

To be eligible, students submitted an application accompanied by a letter of recommendation from a teacher, an essay and a biography of activities, community service and academic scores. The Cardinal O’Hara faculty council voted on each candidate, deciding those who met the four qualifications of NHS.

Honorary induction into NHS was presented to Cheryl (Stein) Steingasser who has been a Spanish teacher at Cardinal O’Hara for 10 years and head of the foreign language department.

“I was so surprised,” Steingasser said shortly after the ceremony. “I’m still shaking knowing that the students selected me for this honor.”

The press release said, “Members of the National Honor Society nominated Steingasser for her tough but fair teaching style, the fact that she is approachable and she cares about each student, according to Taylor who was an emcee for the program.”

Parents, family, faculty and NHS members gathered for a reception following the ceremony.

Michael Norwood, moderator of the NHS, coordinated the program.

The National Honor Society was established in 1921 by the National Association of Secondary School Principals and has been the nation’s most respected organization associated with recognizing outstanding high school students. Cardinal O’Hara’s chapter of the NHS is named after its first principal, Rev. Henry M. Senft, OFM Conv. NHS members give back to the community through projects including Adopt-a-Family and volunteering at Cardinal O’Hara fundraising activities.