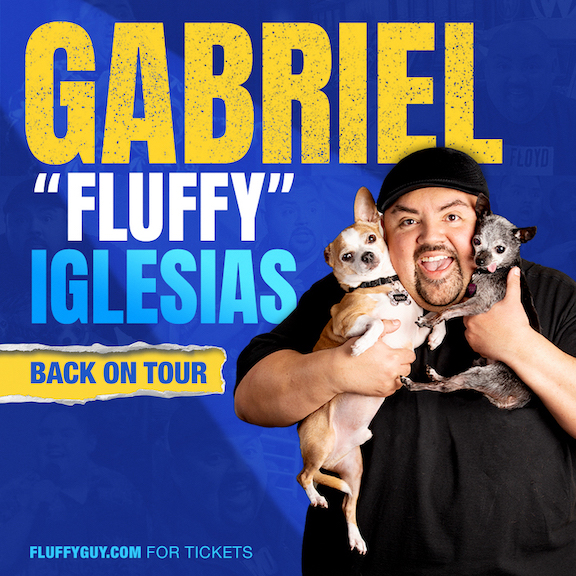 'Gabriel "Fluffy" Iglesias: Back on Tour' features stop at the OLG Stage at Fallsview Casino

He is the first-ever comedian to sell out Dodger Stadium in Los Angeles, one of few to sell out Madison Square Garden in New York City, and has filled the seats of the Staples Center in Los Angeles and the Sydney Opera House in Australia. Now, see the hilarious Gabriel Iglesias in August at Niagara’s newest entertainment venue, the OLG Stage at Fallsview Casino.

“It is impossible not to be inspired by what he has achieved in comedy,” says Cathy Price, vice president of marketing, Niagara Casinos. “His stand-up comedy brings his story of hardship and success to life with incredible wit and humility.”

A press release stated, “Raised by his single mother in Long Beach, California, he developed his sense of humor to cope with obstacles during childhood. Beginning his career in 1997, where he would perform anywhere he could find an audience, today Iglesias's stand-up comedy is a mix of storytelling, parodies, characters, and sound effects that bring his personal experiences to life.”

“We are so excited to see this incredible performer,” Price says.

His accomplishments include two comedy specials: “I’m Sorry For What I Said When I Was Hungry” and “Stadium Fluffy.” He is the star and executive producer of the hit original Netflix show “Mr. Iglesias”; he’s co-starred in films such as “Magic Mike,” “Magic Mike XXL,” “A Haunted House 2”; and is one of a handful of comedians with a theatrically released stand-up concert comedy film, “The Fluffy Movie.”

“Gabriel ‘Fluffy’ Iglesias: Back on Tour” is on stage at 8 p.m. Aug. 11. Tickets start at $65 and go on sale at 10 a.m. Friday, Jan. 20. Visit The OLG Stage at Fallsview Casino (https://fallsviewcasinoresort.com/OLGStageatFallsviewCasino) or https://www.ticketmaster.ca.