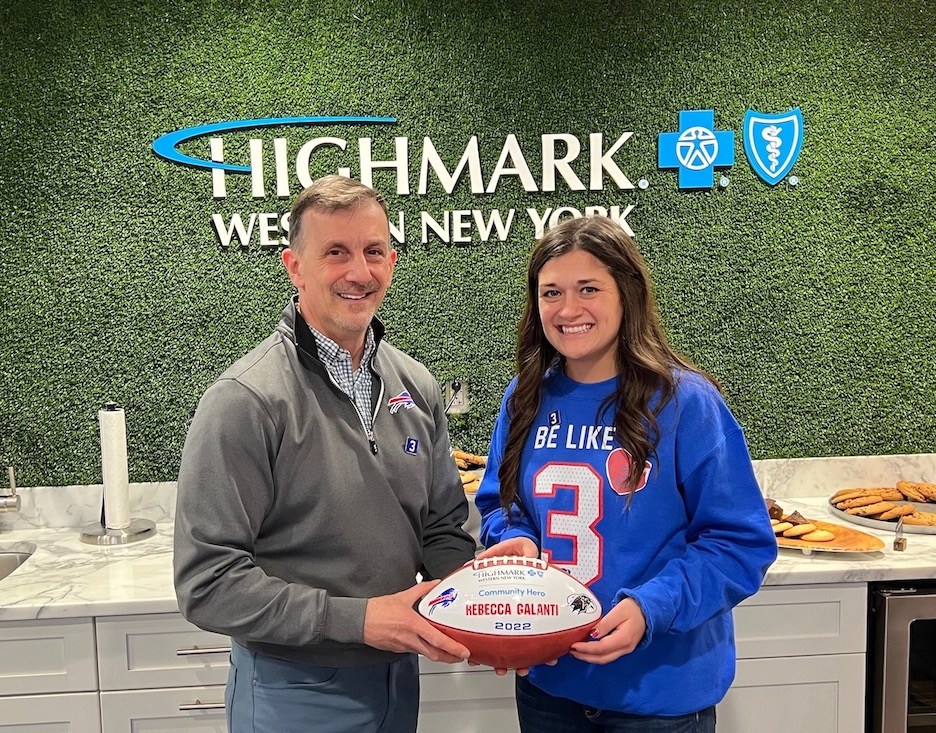 Like other previous recipients, Frontier High School Athletics will receive a $2,500 donation in recognition of Galanti’s impact on the community.

The press release added, “This year, Galanti was named coach of the year after guiding the team to back-to-back Section VI titles. A Frontier graduate and award-winning lacrosse player herself, Galanti began her career coaching the school’s junior varsity team before working up to the varsity team.