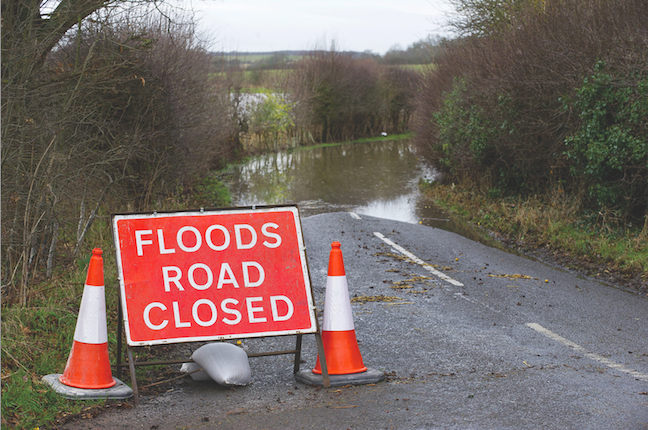 √ Pumps, sandbags & other resources available to local governments ahead of expected flooding due to melting snow and warm temperatures

√ Nearly 800,000 sandbags and more than 300 pumps and generators available to deploy from state's stockpiles to mitigate flood-related issues

Gov. Kathy Hochul on Wednesday announced additional support to Western New York as part of the state's ongoing response to the deadly winter storm that brought hurricane-force winds, complete whiteout conditions, and more than 4 feet of heavy, wet snow over the holiday weekend.

The state's storm response continues this week and, as of Wednesday, Hochul has deployed a total of 611 National Guard soldiers to the Western New York Region. Service members are divided in three-person teams, conducting door-to-door welfare visits to homes that lost power and called 911 during the course of the event. In total, more than 170,000 power outages were reported in Western New York and the City of Buffalo throughout the storm.

While lake-effect snow bands are no longer a threat to the region, Hochul directed state agencies Wednesday to prepare flood response assets, as flooding is possible later this week in the Buffalo area as temperatures rise and snow begins to melt.

"As we turn the corner on this historic winter storm, New York state is continuing to stay prepared ahead of potentially dangerous flooding conditions," Hochul said. "Our state agency personnel and local emergency responders have been coordinating throughout the storm, and we will continue to do everything we can to protect Western New Yorkers and help our communities recover."

Hochul’s team said, “The New York State Division of Homeland Security and Emergency Services (DHSES), the Department of Environment Conservation and the Office of Parks, Recreation and Historic Preservation are coordinating with one another and conducting outreach to local municipalities regarding locations that may need assistance with flooding concerns later in the week, as temperatures rise. Although lake-effect snow bands have mostly tapered off across the state, temperatures are expected to gradually increase throughout the week, with most regions of the state seeing temperatures into the low-50s by Friday and throughout the weekend. Flooding is possible later in the week and this weekend due to snowmelt and ice jam breakups. Vulnerable locations include creeks, streams and low-lying, poor-drainage areas.”

DEC is working closely with state and local agencies to coordinate flood-mitigation equipment, including pumps and sandbags, in the event mitigation is needed to protect homes, businesses or infrastructure from flooding or swelling waterways. This is in addition to ongoing coordination by multiple state agencies and authorities with local governments and law enforcement in the region to help free stranded vehicles and clear homes and major streets, among other storm response actions.

Other state agencies supporting these efforts include the Office of General Services, the Department of Corrections and Community Supervision, and the Department of Transportation. Additional resources will continue to be deployed as needs arise.

To support these operations, the following resources are available to deploy from the state's stockpiles in Erie and Monroe counties:

DHSES Commissioner Jackie Bray said, "Gov. Hochul is committed to helping Western New Yorkers recover from this devastating storm, and our response continues this week on the ground in Buffalo. Temperatures will rise later this week and, following more than 4 feet of snow, we are expecting some flooding for susceptible areas in the region. We are working with our agency partners and Erie County to ensure local emergency managers have the resources they need this week to keep everyone safe."

DEC Commissioner Basil Seggos said, "DEC continues to provide assistance and support to help communities impacted by last weekend's extreme winter weather, and I commend all state and local responders who have stepped up to help New Yorkers during this unprecedented storm. With temperatures expected to climb in the coming days, DEC staff will monitor for local flooding and will continue to coordinate with partners on delivery of essential supplies as we work with Gov. Hochul, DHSES, State Parks, and other state and local emergency responders to help the Buffalo area recover."

State Parks Commissioner Erik Kulleseid said, "State Parks is following up our initial response of machinery and manpower for the snow by coordinating with DEC to help mitigate flood damage in the region. Our Park Police will work closely with state and local officials while other OPRHP members will assist in transporting bedding, meals and bottled water for the community, backing the steps already taken by Gov. Hochul."

√ Learn the safest route from your home or business to high, safe ground should you have to leave in a hurry.

√ Make an itemized list – as well as potentially photo and video documentation – of all valuables, including furnishings, clothing and other personal property. Keep the list in a safe place.

√ Plan what to do with your pets.

√ Keep your vehicle fueled or charged. If electric power is cut off, gasoline stations may not be able to pump fuel for several days. Have a small disaster supply kit in the trunk of your car.

√ Find out how many feet your property is above and below possible flood levels. When predicted flood levels are broadcast, you can determine if you may be flooded.