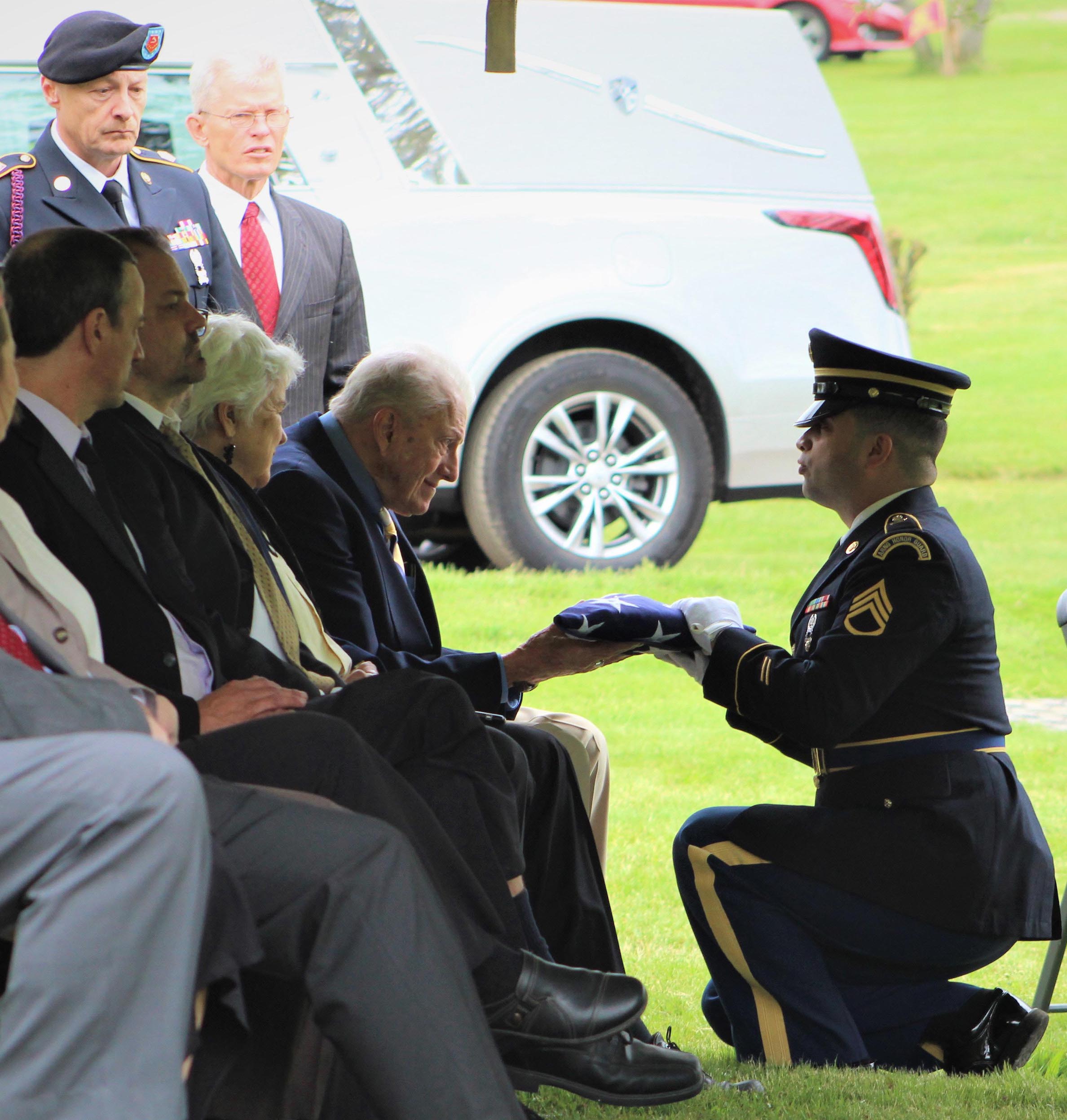 New York National Guard Soldiers and Airmen expect to provide military funeral honors for the families of 9,825 New York veterans by the time 2022 ends on Dec. 31.

This will be fewer than the 10,431 military funeral services that New York Army and Air National Guard honor guards conducted during 2021. But it is more than the 8,807 services performed in 2020.

A 2000 federal law, amended in 2011, mandates that former members of the U.S. military who served on active duty or in the reserves and were not dishonorably discharged are eligible for a military funeral.

At a minimum, these honors are provided by a two-person team that plays taps with an electronic bugle, and folds and presents an American flag to the family.

Retired military personnel and those who passed away while on active duty are entitled to honors that involve as many as nine soldiers or airmen, and can include a rifle firing party and pallbearers.

Each service is responsible for providing military funeral services for veterans of their service, so Army Guard honor guard's provide honors for Army veterans, while the Air Guard conducts funeral for Air Force vets.

Thirty-eight soldiers are on active duty conducting funerals, and another 60 soldiers are available for part-time duties, according to Sgt. 1st Class Charles Gabriel III, the honor guard noncommissioner officer in charge.

In 2022, there were 20 airmen assigned to base honor guard's full time and 68 available for part-time duties.

While New York's veterans' population is fifth-largest in the nation – 745,157 according to the Department of Veterans Affairs – the New York Army National Guard Honor guard conducts more military funerals than that of any other state, according to Ronald Thomas, the regional coordinator for the honor guard program.

During federal fiscal year 2022 – which ended on Oct. 1, 2022 – New York conducted 7,965 funerals, according to Thomas. The next highest state was California – which has 1.64 million veterans, according to the VA – and whose Army National Guard conducted 6,346 military funerals.

Across the country, Army National Guard honor guards conducted 105,241 funeral missions during 2022, according to Thomas.

Gabriel said he isn't sure why his honor guard soldiers conduct more funerals than those in states with larger veteran populations.

Since each service handles their own veterans, there may not be as many former soldiers in California, Texas, Florida and Pennsylvania, the states with larger veteran populations, Gabriel said.

Or in some states, like Texas, the active Army may handle more funerals than the 10th Mountain Division does in New York, he added.

But, he said, the New York Army Guard honor guard works to sell itself to the funeral directors who are the ones that usually help a family arrange for military funeral honors.

"We attend a conference with them every year, and put a good pitch out," Gabriel said."

I am working on making that contact system smoother for them to reach us," he added.

Another factor in New York honor guard's numbers may be the relatively large veteran's population in New York City and Long Island, and the proximity to the veterans' cemetery in Calverton on Long Island, Gabriel said.

According to VA figures, there are 368,626 veterans living in the area. This is more than the veterans' population of 38 other states.

Proximity to Calverton National Cemetery is what makes the 106th Rescue Wing's Base Honor Guard the busiest in the Air National Guard, according to Master Sgt. Alan Sanchez the noncommissioned officer in charge of the honor guard.

The majority of the 682 funerals his six full-time and 12 part-time honor guard members conducted in 2022 were at Calverton, Sanchez said. They often do six funerals a day there, he noted.

The upstate national guard air bases outside Schenectady and Syracuse don't handle as many funerals as the 106th, but their honor guards need to be prepared to travel a lot, according to Master Sgt. Terra Martin, the noncommissioner officer in charge of the 109th Airlift Wing's honor guard.

Her four full-times and four part-timers must be ready to travel to 22 counties in New York, Vermont and Massachusetts, although most are in the area around the state capital in Albany, Martin said.

With a week before the end of 2022, the New York Army National Guard's eight honor guard detachments have conducted these funerals: