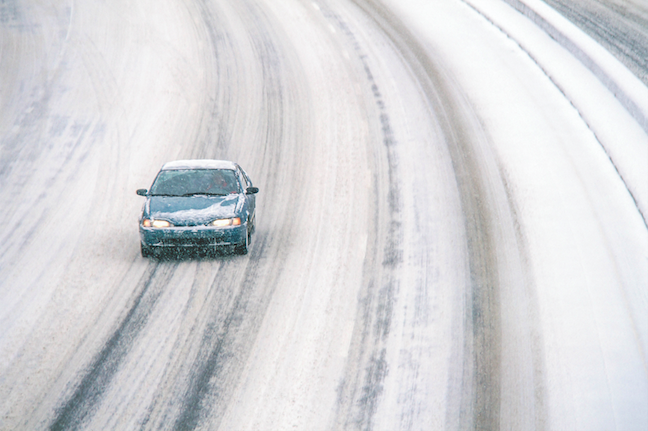 “The driving ban in the City of Buffalo is expected to remain through today and will be reevaluated in the overnight/early morning based on street clearing progress.”

“BREAKING: Driving Ban remains in effect in Buffalo. There are over 450 pieces of snow fighting equipment on City streets. Please stay off the roads to allow crews to remove & haul snow.”

•“Crews are out clearing snow and towing vehicles on Rt. 198 and Rt. 33. The 33 is particularly difficult with the below-grade section having 30ft drifts. @NYSDOTBuffalo is responsible for this route. Even if roads are cleared, a driving ban remains in the City of Buffalo.”

•“The goal is for every road in the City of Buffalo to have one lane open within 24 hrs. The @ErieCountyDPW area of responsibility is on track to have all roads open by 7pm tonight.”

•“There are Military Police out with @ErieCountyDPW crews assisting in traffic control because there are far too many cars out on the road in the City of Buffalo. The driving ban remains in effect for Buffalo”

•"Everyone who called 858-SNOW will be receiving a follow up to ensure safety and well-being."

“As we continue to clear roads and restore power to residents, Buffalo City Hall will be closed tomorrow (Wednesday). A Driving Ban remains in effect for the City of Buffalo.” 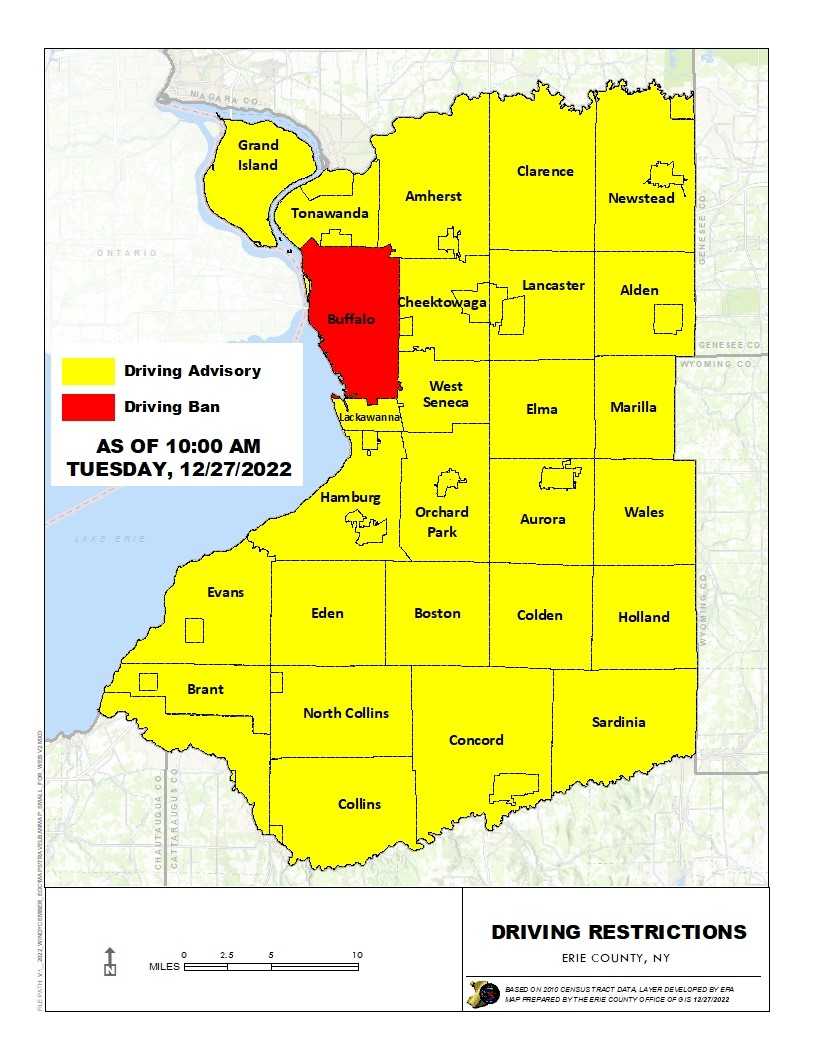 •“In regards to opening up Buffalo's streets, our @ErieCountyDPW, @NYSDOT and Bflo have major resources out but the snow is NOT plowable. It must be scooped up and put into dump trucks, then dumped elsewhere. It will take approximately 2 days to open up 1 lane on every city street.”

•“ Our @ErieCountyESU department is coordinating to ensure emergency crews have fuel and supplies have not become an issue. We are also making sure supplies are able to get to grocery stores and keep shelves stocked. Currently, are not hearing reports of any stock issues.”

•“We are in an ongoing State of Emergency and a driving ban remains for the City of Buffalo. You can absolutely go out and walk to check on neighbors, go to open stores, etc. But do not drive.”

•“With 50 degree temperatures and rain later this week, we are working with our @NWSBUFFALO partners to monitor the forecast. This is one of the reasons certain streets are targeted for extra clearance to allow for proper drainage of melt water”

“We can announce that the driving ban has been reduced to an advisory for Cheektowaga as of 7am. Bans are still in effect for the City of Buffalo and City of Lackawanna. All of Erie County remains under a State of Emergency.” 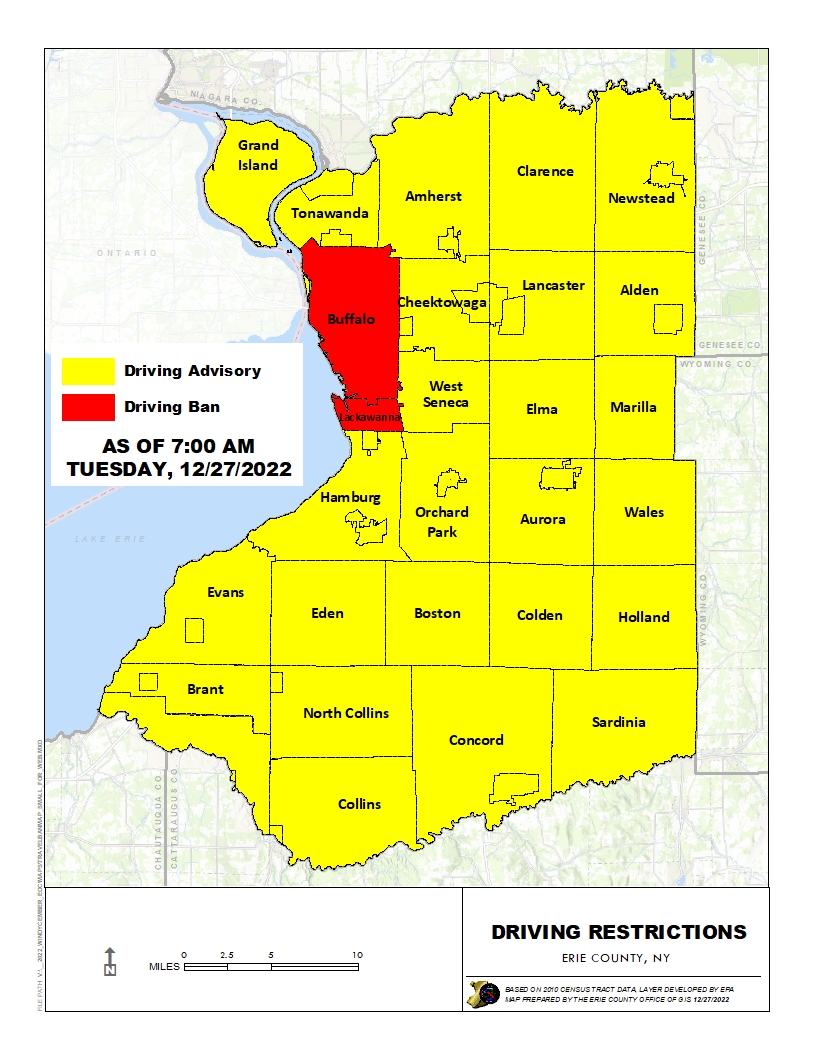 •“As of 5pm, we have lifted driving bans for the Town and Village of Hamburg, Village of Blasdell, and Town of Clarence; driving advisories remain for all municipalities not under a driving ban. All of Erie County remains under a State of Emergency.” 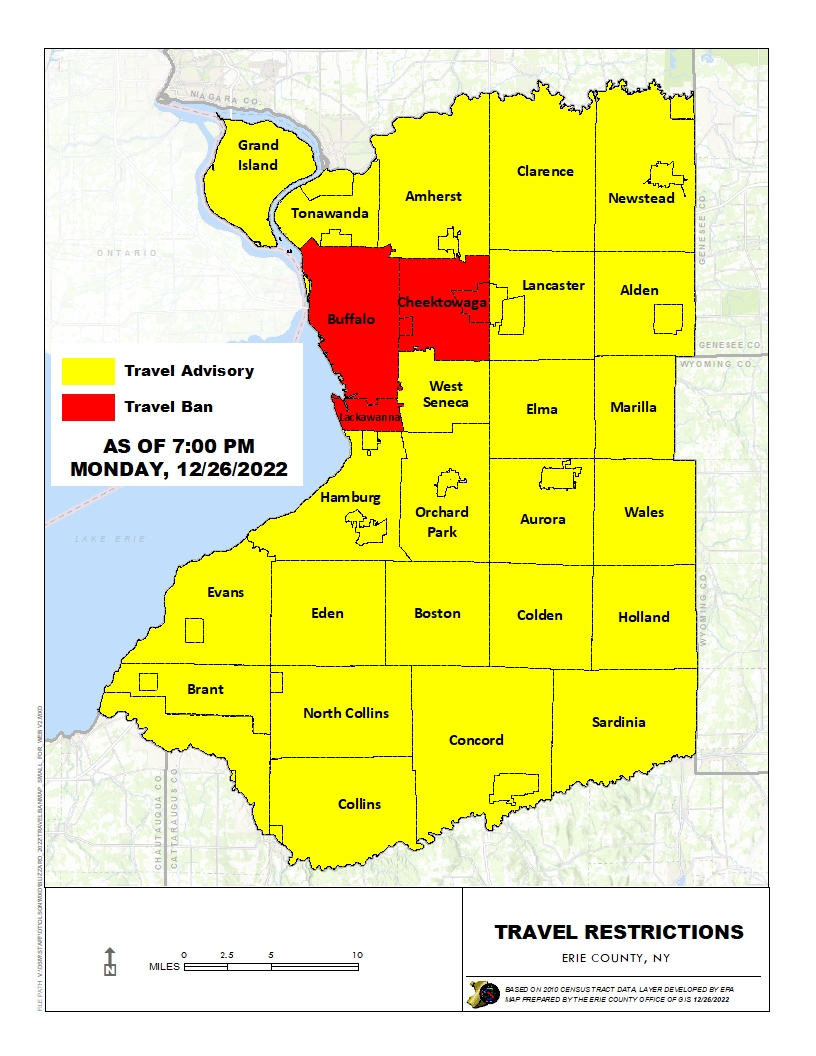