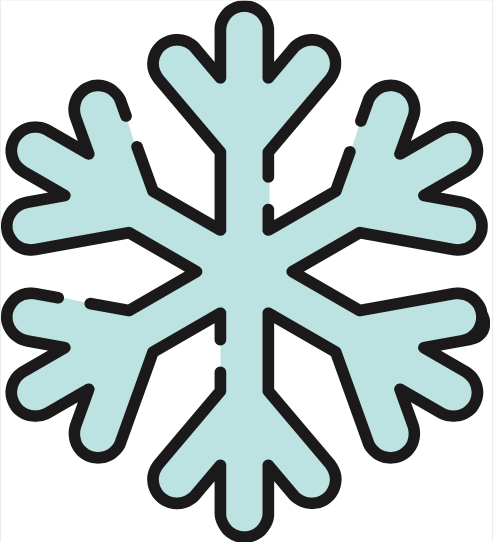 On Sunday night, Gov. Kathy Hochul provided an update to the ongoing response to the historic winter storm that brought blizzard conditions over the course of the weekend to many parts of Western New York, the Finger Lakes and the North Country regions.

On Thursday, ahead of the event, Hochul declared a statewide state of emergency. She deployed the New York National Guard on Friday evening to assist with storm response and search and rescue missions. The governor surged additional assets and personnel from numerous state agencies involved in the emergency response on Christmas Eve, and overnight Saturday into Sunday, the State Police, Division of Homeland Security and Emergency Services, Department of Transportation, Department of Environmental Conservation and the National Guard teamed up with local public safety officials and utility crews to form strike teams focused on life and safety checks in the City of Buffalo. On Christmas, those teams spent the day supporting power restoration efforts with heavy snow removal equipment.

As snow will continue to persist in Western New York and the North Country through Monday with gusts of 30 to 40 miles per hour, Hochul urged New Yorkers to continue adhering to local travel bans and limiting time outdoors.

"We continue to work around the clock with local leaders to respond to this historic storm and are in contact with the White House to secure critical federal assistance to help our communities recover," Hochul said. "I encourage everyone to continue to look after one another, stay off the roads and take precautions to stay safe in your home."

The North County, Finger Lakes and Central New York regions all experienced peak wind gusts of more than 60 miles per hour during the event. In Western New York, peak wind gusts reached 79 miles per hour near the Buffalo Skyway. Areas off Lake Erie in Western New York may see another one and a half feet of snow, and areas off Lake Ontario in the North Country may see another 3 feet of snow by Tuesday afternoon.

Lake-effect snow warnings and winter storm warnings remain in effect for counties across the Western New York and North Country regions. For a complete list of weather watches, warnings, and advisories across New York, visit the National Weather Service website.

New York State Division of Homeland Security and Emergency Services Commissioner Jackie Bray said, "Stay home and adhere to local travel bans that are in place. This is for your own safety, and to facilitate operations of utility crews, plow trucks and emergency responders. Our state agency teams have been working hand in glove with each other and our local partners to help New Yorkers get through this historic storm."

The Office of Emergency Management and The Office of Fire Prevention and Control have deployed personnel and equipment (UTVs) to perform life and safety checks on people in Western New York, along with resources to support warming shelters, including more than 4,600 MREs for shelters in Erie County and the Western New York region, and more than 1,700 MREs, 4,800 cans of water, 1,100 blankets and pillows for shelters in Genesee County.

DHSES is prepared to respond to additional requests for assistance from local governments across the state and deploy assets from the state's stockpiles.

Despite the hazardous conditions, National Grid has been able to safely restore more than 143,000 customers, affected by the winter storm event. More than 175,000 have been affected by this severe weather event.

National Grid has 3,092 line, tree and service personnel engaged in the repair and restoration effort systemwide.

NYSEG/RG&E has been able to restore more than 213,000 electric customers affected by the statewide winter weather event. Over 217,000 have been affected by this event.

NYSEG/RG&E have 2,261 line, tree and service personnel engaged in repair and restoration efforts across their system.

•The New York State Department of Transportation is responding with 3,450 supervisors and operators available statewide.

NYSDOT has further supported snow and ice removal operations in Western New York, the North Country and the Finger Lakes with outside resources throughout the storm in two separate waves.

During the first wave of deployments, to support response activities in critical areas, a total of 71 staff, including 65 plow truck operators, four supervisors, one assistant manager, one ICS support specialist, 13 plow trucks, two snowblowers, and one grader were distributed as follows:

During the second wave of deployments, a total of 18 staff, including 12 plow truck operators and six mechanics, three snowblowers, four loaders, one bulldozer and one grader have been deployed and are distributed as follows:

All available response equipment is deployed. Fleet mechanics in affected areas are staffing all main residency locations 24/7to perform repairs and keep trucks on the road.

Statewide equipment numbers are as follows:

•Thruway Authority maintenance facilities are staffed around the clock and responding to the storm with 678 operators and supervisors statewide. Thruway has shifted and deployed additional staff and equipment from its New York and Albany divisions to support snow and ice operations in Western New York. Deployed resources include large plow trucks and operators. Additional resources are on standby and ready to shift as needed.

The Thruway Authority encourages motorists to download its mobile app, which is available for free on iPhone and Android devices. The app provides motorists direct access to real-time traffic information, live traffic cameras, and navigation assistance while on the go. Motorists can also sign up for TRANSalert emails, which provide the latest traffic conditions along the thruway.

•The New York State Police has deployed additional personnel and assets throughout Western New York and Jefferson County to assist with storm-related issues. State Police is operating two strike teams in the City of Buffalo in partnership with environmental conservation police, forest rangers, state fire and NYSDOT to assist National Grid with access to their substations and equipment off State Route 33 as they work to restore electricity. Troopers have responded to more than 750 crashes and nearly 1,300 disabled vehicles since the start of the storm.