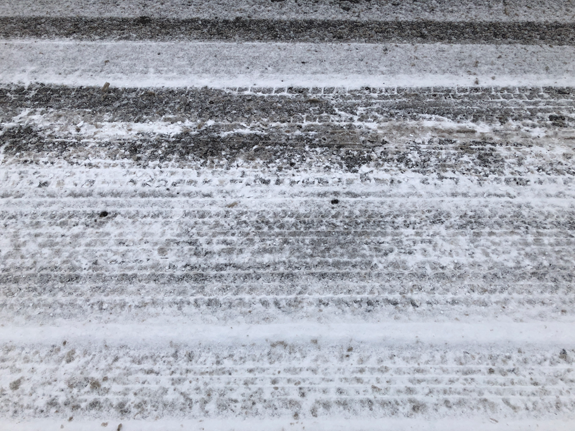 "In New York state, we don't wait for disaster to strike – we stay steps ahead and ready to deploy emergency resources in times of crisis," Hochul said. "We are continuing to bolster our emergency preparedness efforts across New York state, ensuring access to medical services, utilities and other vital resources during dire times. My administration will stay laser-focused on strengthening the state's emergency planning and response capabilities to make sure that New York is ready for any disaster."

New York State Sen. Kevin Parker said, "In an era of increasingly dangerous weather patterns, it is important that we take every step to be prepared in the face of disaster. Too often, communities go through long-term energy, power and utility outages due to faulty infrastructure protocols during emergencies, as we saw in Superstorm Sandy. I was proud to sponsor these two pieces of legislation, which will help improve our infrastructure and meet New Yorkers' needs in the face of disaster.”

Assembly member Kevin Cahill said, "When the ice storm hit Ulster County last winter, Gov. Kathy Hochul was the first person on the ground here. She knows how important access is to responsible parties. When essential utility and communication services are down, those services must be restored as soon as possible. This measure (A.25) is designed to clear legal roadblocks standing in the way of that restoration. It makes uniform statewide what was a patchwork of state and local laws governing the movement of essential work crews during travel bans associated with emergency events. The enactment of this common-sense law ensures that work crews can legally travel the roads of our state to restore power, communications and other essential services to New Yorkers in the aftermath of a natural or man-made catastrophic event."

Hochul’s team said, “Legislation A.1905/S.1086 requires the state to make a plan for the delivery of medicine and medical supplies to pharmacies, hospitals and nursing homes during declared disasters. It is critical that New Yorkers have access to medical care during a declared state of emergency. This legislation will require that the state preparedness plan includes actions to help pharmacies, hospitals and nursing homes provide important health care services within a disaster area.”

Assembly member Jeffrey Dinowitz said, "Particularly as we adjust to a rapidly changing climate where natural disasters are more frequent and more intense, it is imperative that New York is as prepared as possible to maintain health care access for those in need.”

“Legislation A.3318C/S.926C requires electric companies restoring services to police departments, fire departments and ambulance services to notify local county offices of emergency management within 24 hours during emergencies if the company cannot restore electric power. Saving services such as police, fire and ambulance services play a critical role in saving citizens lives, particularly during disaster. This new law would help ensure that all police, fire and ambulance can maintain adequate electricity to operate all life safety systems, as well as their basic operations.”

New York State Sen. Anna M. Kaplan said, "It just makes sense that first responders and people with serious medical conditions should be first in line to get their power turned back on following a big storm, but in the wake of Sandy and Isaias, we saw far too many vulnerable Long Islanders, firehouses and police stations that were left in the dark for far too long. We need to look out for our first responders and our most vulnerable neighbors during emergencies, and my legislation will ensure that they're given priority and treated with care. These are common-sense reforms, and I'm grateful for Gov. Hochul signing them into law."

Assembly member Nader J. Sayegh said, "As we continue to cope with widespread storm-related power outages in the future, my legislative bills prioritize restoration to support our police, fire and ambulance services, and require certain service providers to have outreach plans to assist customers who need electricity to keep life-sustaining medical equipment operating. It's common sense that our emergency responders and those with life-saving medical equipment need power. I'm pleased to learn that my legislation addressing this important issue passed with wide bipartisan support in both houses of the Legislature.”

Pat Guidice, Chair of the IBEW utility labor council and business manager of IBEW Local 1049, said, "Access to essential utility services is of vital importance to consumers in New York state. In times of crisis, particularly storm events, restoration of service is vital to not only drive the economic engine of our great state, but also to bring comfort and safety to our communities. During a catastrophe, utility workers across New York state are among the most essential personnel to restore vital service. Power outages can cost lives so quick, and uninterrupted deployment must be ensured. Today, we thank NY Gov. Kathy Hochul for signing into law Bill A.25/S.3275 exempting certain utility and other workers from travel bans during declared emergencies."

James Shillitto, president, Local 1-2, New York, Utility Workers Union of America, AFL-CIO, said, "On behalf of all my members, and utility workers across the state, we thank Gov. Hochul for giving us the ability to react rapidly when weather events or other dangers restrict travel. This holiday weekend's dire weather forecast might put us to the test. Now, we can respond, like all essential workers, when the public needs us most."