Doris was born April 14, 1926, in Tonawanda. She graduated from Tonawanda High School in 1944 – in three years – and immediately joined the Army Nurses Cadet Corps. While in the program, she met Patrick DeCillis.

Their first date included dancing, a pastime that continued for the next 70 years. They married in 1947 and enjoyed 72 years of marriage before Patrick’s passing in 2019.

In 1949, they made their home on Grand Island, and lived there 64 years. Her focus for the next 25 years was raising her three boys, which, of course, included cooking, baking, cleaning, and ad hoc medical treatment.

Doris was involved in numerous activities, including a Cub Scout Den Mother, Room Mother and PTA member at school, a band booster and a volunteer at the American Red Cross. At the same time – and for 40 more years – she worked at the American Legion Post, where she was a member; at the First Presbyterian Church of Tonawanda; and, of course, was always found in the kitchens. She joked a few years ago that she lost count after preparing over 72,000 meals.

In 2013, Patrick and Doris relocated to Paducah from New York to be close to their three sons who had retired there. They joined the First Presbyterian Church and continued to find places to go dancing for several years. She continued to be a first-rate homemaker until just a year ago. She will always be remembered as one of the most giving and kindest persons there was.

Doris is survived by her three sons: Patrick Jr., James and Thomas, residing in Paducah; and many nieces and nephews, including Jim (Daryl) Schaefer of Paducah, Susan Schaefer of Grand Island, and David (Marianne) Schaefer of Orchard Park.

She was preceded by her parents, Arthur C. Schaefer and Mabel McDermott; by her brother, Arthur Schaefer Jr., and his wife, Jean, her best friend and co-chef at the American Legion and Church. 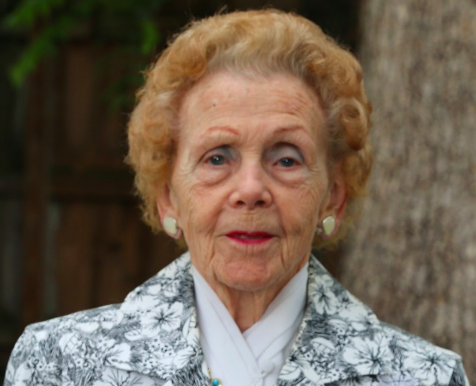