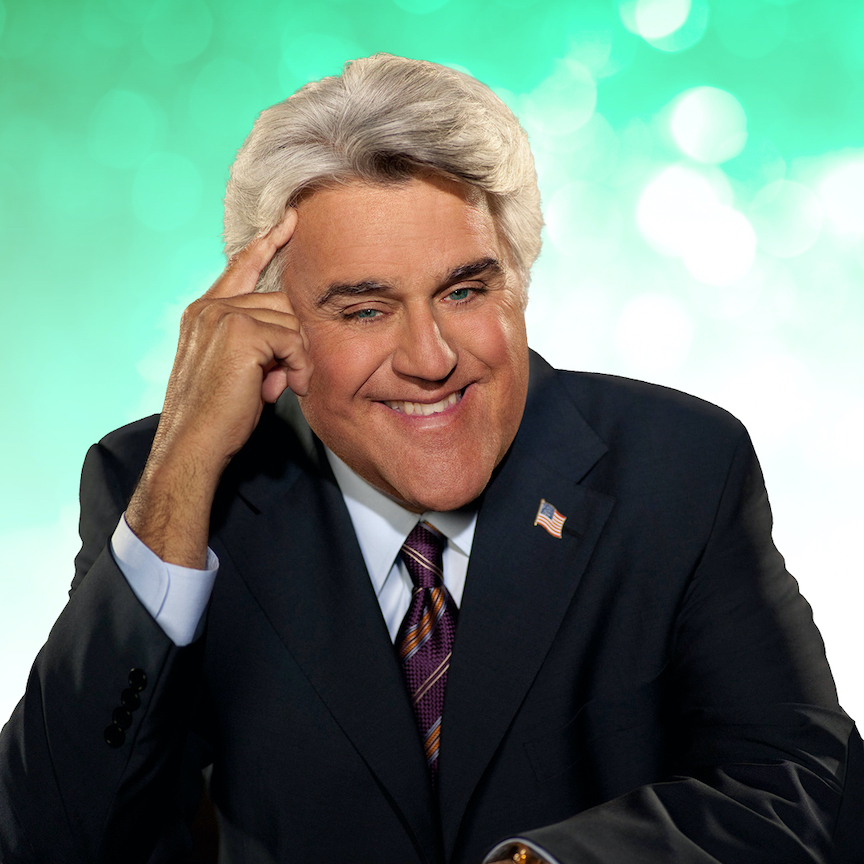 Seneca Allegany Resort & Casino delivered a very special holiday gift to comedy fans on Monday: The legendary Jay Leno will perform in the Seneca Allegany Event Center at 7 p.m. Saturday, March 18. Tickets go on sale at noon this Friday, Dec. 23, and start at $45.

A press release said, “Jay Leno is one of the biggest names in entertainment history. Starting his career in the 1970s, Leno quickly became a sought-after stand-up talent, and he also made several appearances in television and movie roles. He became a regular substitute host on ‘The Tonight Show’ in 1986, and then replaced the legendary Johnny Carson as the show’s permanent host in 1992.

“Leno was watched by millions of people every night as ‘The Tonight Show’ host from 1992-2009, and again from 2010-14. Even while serving as host of one of the most popular late-night television programs ever, Leno still performed up to 150 stand-up shows each year.

“After retiring from ‘The Tonight Show,’ Leno went on to host ‘Jay Leno’s Garage,’ which is now in its seventh season. He has appeared in numerous films and held recurring roles on animated series like ‘The Simpsons’ and ‘Family Guy.’ An Emmy Award winner, Leno was inducted in to the Television Hall of Fame in 2014.”

This is an 18 years and older show.

Tickets go on sale at noon this Friday.

A press release said, “The Spinners got their start with Motown in the 1960s and went on to help define soul and R&B music in the 1970s. With timeless hits and smash singles, including ‘I’ll Be Around,’ ‘Could It Be I’m Falling In Love,’ ‘Then Came You,’ ‘The Rubberband Man,’ and many, many more, the Spinners earned six Grammy Award nominations, 18 Gold and Platinum albums, a star on the Hollywood Walk of Fame, and an enduring place in music history. With a career spanning more than six decades, The Spinners’ sound is as smooth and timeless as ever.”

The release continued, “Paul Rodriguez is one of the funniest and most influential voices in comedy. He is a talented and accomplished comedian, actor, writer, director, producer and all-around funny man. With a unique brand of humor blending his Latin heritage and the American dream, Rodriguez has maintained undeniable universal audience appeal for decades. In addition to his many stand-up appearances on late-night television and numerous successful comedy specials, Rodriguez has appeared in more than 45 films, including ‘Bloodwork,’ ‘Tortilla Soup,’ ‘Beverly Hills Chihuahua,’ ‘A Cinderella Story,’ and many more.”

The release concluded, “Legacy Fighting Alliance (LFA) is a professional mixed martial arts promotion that gives rising stars and top contenders the opportunity to prove their talent to fans and leaders in the industry. LFA was formed in 2017 by the powerhouse merger between RFA and Legacy FC. LFA presents live mixed martial arts events on a monthly basis around the United States, including Los Angeles, Las Vegas, Phoenix, Denver, Dallas and Minneapolis. Based in Las Vegas, LFA is one of the most active and respected MMA organizations in the fastest growing sport in the world. LFA returns to Seneca Niagara following thrilling crowds with previous cards in February and August 2022.”

More information is available by calling 1-877-8-SENECA (1-877-873-6322) or visiting SenecaNiagaraCasino.com or SenecaAlleganyCasino.com.