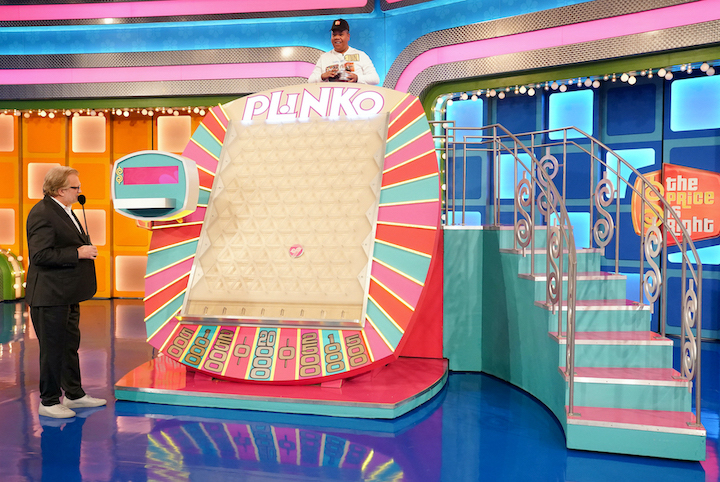 CBS’ No. 1 rated daytime game show goes primetime as “The Price Is Right At Night,” hosted by Drew Carey, with specially themed episodes beginning Wednesday, Jan. 4, 2023 (8-9 p.m. ET/PT) on the CBS Television Network, and available to stream live and on-demand on Paramount+.

•“The Price Is Right At Night” – “Redemption” (Jan. 4, 8 p.m.) gives an audience full of previous contestants who had heart-wrenching losses a second chance to “come on down” and win big. Hoping history won’t repeat itself, contestants play to win big prizes, including a trip to a private island in Belize, a 14-day cruise to Antarctica, a sailboat, new car, cash prizes, a home theater set and much, much more.

•“The Price Is Right At Night”– “Grocery Store Employees” (Jan. 11, 8 p.m.) features grocery store employees whose expert knowledge of product pricing is put to the test. Contestants have a chance to win incredible prizes, including an Italian getaway, an all-inclusive Costa Rican retreat, a 17-foot boat, new cars and much more.

•“The Price Is Right At Night”– “Geniuses” (Jan. 18,8 p.m.) puts a spotlight on incredibly gifted contestants, including mathematicians, a chess Grandmaster, an astrophysicist and a contestant who earned a perfect SAT score. These brainiacs will play for a chance to win $100,000, a Tesla and so much more.

•“The Price Is Right At Night”– “Service Industry Workers” (Jan. 25, 8 p.m.) gives constants who work for gratuity a chance to win the biggest tips of their lives.

•“The Price Is Right At Night”– “Superfans” (Feb. 1, 8 p.m.) celebrates some of the show’s most passionate and dedicated viewers. From a legacy contestant whose family members are such fans that she was named after a “Barker Beauty,” to those who have extensive memorabilia collections, this special is a thank you to the fans who continue to be a part of the show’s historic run on network television. Prizes include a once-in-a-lifetime experience of dinner with Drew Carey, a trip to Switzerland and more.

“The Price Is Right,” network television’s No. 1-rated daytime series and the longest-running game show in television history, is produced by Fremantle and broadcast weekdays (11 a.m. ET/10 a.m. PT). Evelyn Warfel is the executive producer.