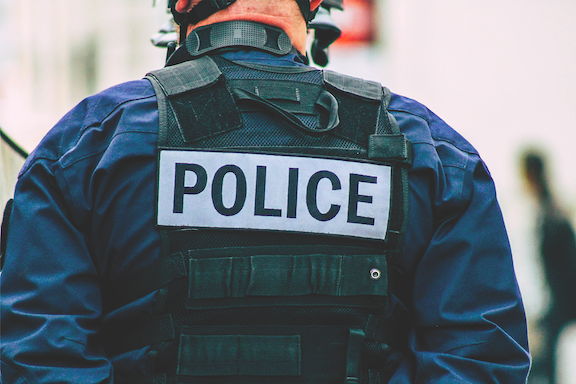 Legislation establishes a ‘Blue Alert’ system to aid in the identification, location & apprehension of individuals suspected of killing or seriously wounding a police officer

Gov. Kathy Hochul has signed legislation to crack down on violent crimes against police officers. Legislation (S.772A/A.6318B) will establish a “Blue Alert” system to aid in the identification, location and apprehension of individuals suspecting of killing or seriously wounding a police officer.

Hochul’s team said, “By creating a better way to disseminate information to the public on violent crimes against law enforcement, this new law will help catch perpetrators and improve public safety across the state.”

The governor said, "We are taking a comprehensive approach towards protecting the individuals who serve and protect us, taking every measure we can to crack down on violent crime against law enforcement. New York is wholly committed to safeguarding our brothers and sisters in law enforcement, and this new law will be crucial to creating safer communities and apprehending those who commit violent crimes against police officers."

A press release said, ‘Legislation S.772A/A.6318B establishes a ‘Blue Alert’ system to aid in the identification, location, and apprehension of individuals suspected of killing or seriously wounding a police officer. A ‘Blue Alert’ is issued to notify law enforcement agencies, media and the public about suspects who have killed, seriously injured, or pose an imminent threat to police. Creating a ‘Blue Alert’ system will help catch perpetrators that threaten public safety by establishing a better way to disseminate information on crime against police officers to the public.”

New York State Police Acting Superintendent Steven A. Nigrelli said, "Law enforcement is known for being a dangerous profession. However, officers chose this profession because they believe in public service, helping others and putting the public ahead of themselves. Each call to service brings its own set of challenges and officers never know for certain what they will face. By establishing a ‘Blue Alert’ system, we can better protect law enforcement from individuals who are looking to inflict harm on officers that have committed their lives to protecting others."

Assembly member Steve Stern said, "I was proud to sponsor and pass this critically important legislation in support of the brave men and women of law enforcement, who sacrifice so much to keep all of us safe. The ‘Blue Alert’ system has a proven track record of success nationwide and its implementation is long-overdue in New York state. This legislation will protect our community, protect our officers, and save lives. I thank my colleagues in the Legislature for unanimously supporting this legislative initiative, and Gov. Hochul for signing it into law."