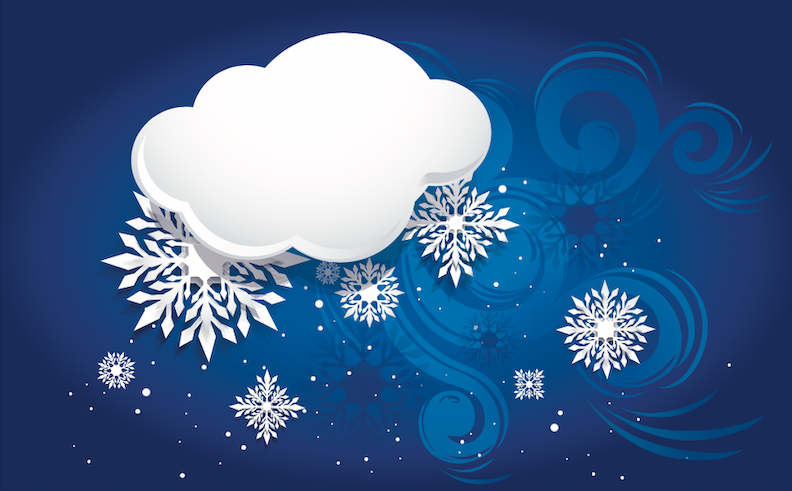 Major snowstorm brewing for northeastern US

AccuWeather meteorologists expect the enormous storm to create a spinoff system near the Atlantic coast that is likely to bury some locations of the interior Northeast with a foot or more of snow later this week, as well as trigger areas of icy conditions and coastal flooding.

An enormous cross-country storm that will unleash blizzard conditions in the northern United States and potentially trigger a severe weather outbreak in the South this week also has its sights set on the Northeast.

"A storm will develop near southeastern Virginia on Thursday, track just off the New Jersey coast on Friday and finally spin near southeastern New England on Saturday," AccuWeather Meteorologist Mary Gilbert said. The positioning of the storm will allow cold air from Canada to be pulled south into the Northeast and help produce a widespread snowfall for a large part of the region, she added.

Rain is the most likely form of precipitation in the Interstate 95 corridor from Boston to New York City, Philadelphia and Washington, D.C. The heavy rainfall, when combined with gusty winds, will lead to urban flooding and poor travel conditions. Motorists are likely to encounter ponding and poor visibility, while airline delays will be possible due to visibility, wind and slick runways at the major hubs. 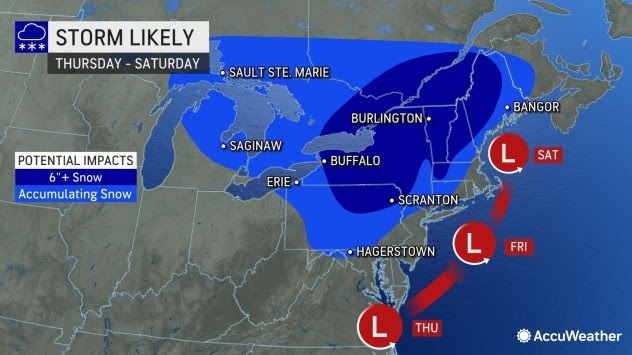 The rain will pivot across the Washington, D.C., and Philadelphia areas on Thursday, but it should hold off in New York City until Thursday night. The worst of the storm for New York City will likely be on Friday, with Boston in store for an extended period of stormy conditions from Friday to Saturday.

The air will trend progressively colder in areas not too far to the north and west of I-95, and precipitation will transition from a snow and rain mix in some of the suburbs to all or mostly snow over the mountains, according to AccuWeather meteorologists.

If the storm were to track slightly farther to the east, it could pull cold air down the Hudson Valley and allow some snow to reach New York City. In a similar scenario, then Boston could end up receiving heavy snow rather than windswept rain. 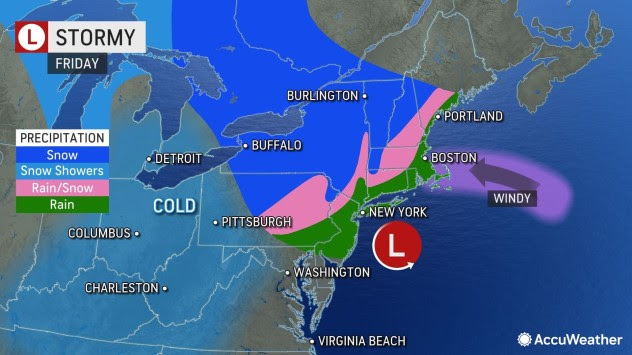 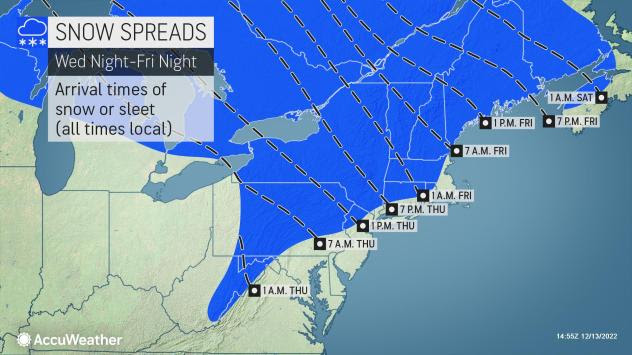 At this early stage, "the greatest chance of 6 inches or more of snow will be from north of I-80 in Pennsylvania, north through upstate New York and in central and northern New England," Gilbert said.

"Not only does the storm have the potential to produce a heavy rate of snow, but in some locations from Pennsylvania to New England, snow could fall for more than 24 hours," AccuWeather Senior Meteorologist Courtney Travis added.

The storm's slow movement will increase the potential for a foot (30 cm) or more of snow to fall from east-central New York to the ski country of northern New England.

AccuWeather forecasters have highlighted an area west of Washington, D.C., along stretches of I-68 and I-70, where an accumulation of ice is expected from Wednesday night to Thursday.

"This won't be enough ice to bring down trees and power lines, but it can be enough ice to coat some roads along much of the I-81 corridor of Virginia as well as in northern Maryland and in northern and eastern West Virginia," AccuWeather Chief On-Air Meteorologist Bernie Rayno said. This icy mix zone that may include some sleet will extend into parts of southern and central Pennsylvania.

Along with the likelihood of heavy rain along I-95 and snow and/or ice inland in the Northeast, "a six-hour period of coastal flooding is in store from Norfolk, Virginia, to New York City and Boston as the storm moves slowly along," Rayno added.

AccuWeather, recognized and documented as the most accurate source of weather forecasts and warnings in the world, has saved tens of thousands of lives, prevented hundreds of thousands of injuries and tens of billions of dollars in property damage. With global headquarters in State College, Pennsylvania, and other offices around the world, AccuWeather serves more than 1.5 billion people daily to help them plan their lives and get more out of their day through digital media properties, such as AccuWeather.com and mobile, as well as radio, television, newspapers, and the national 24/7 AccuWeather Network channel. Additionally, AccuWeather produces and distributes news, weather content, and video for more than 180,000 third-party websites.