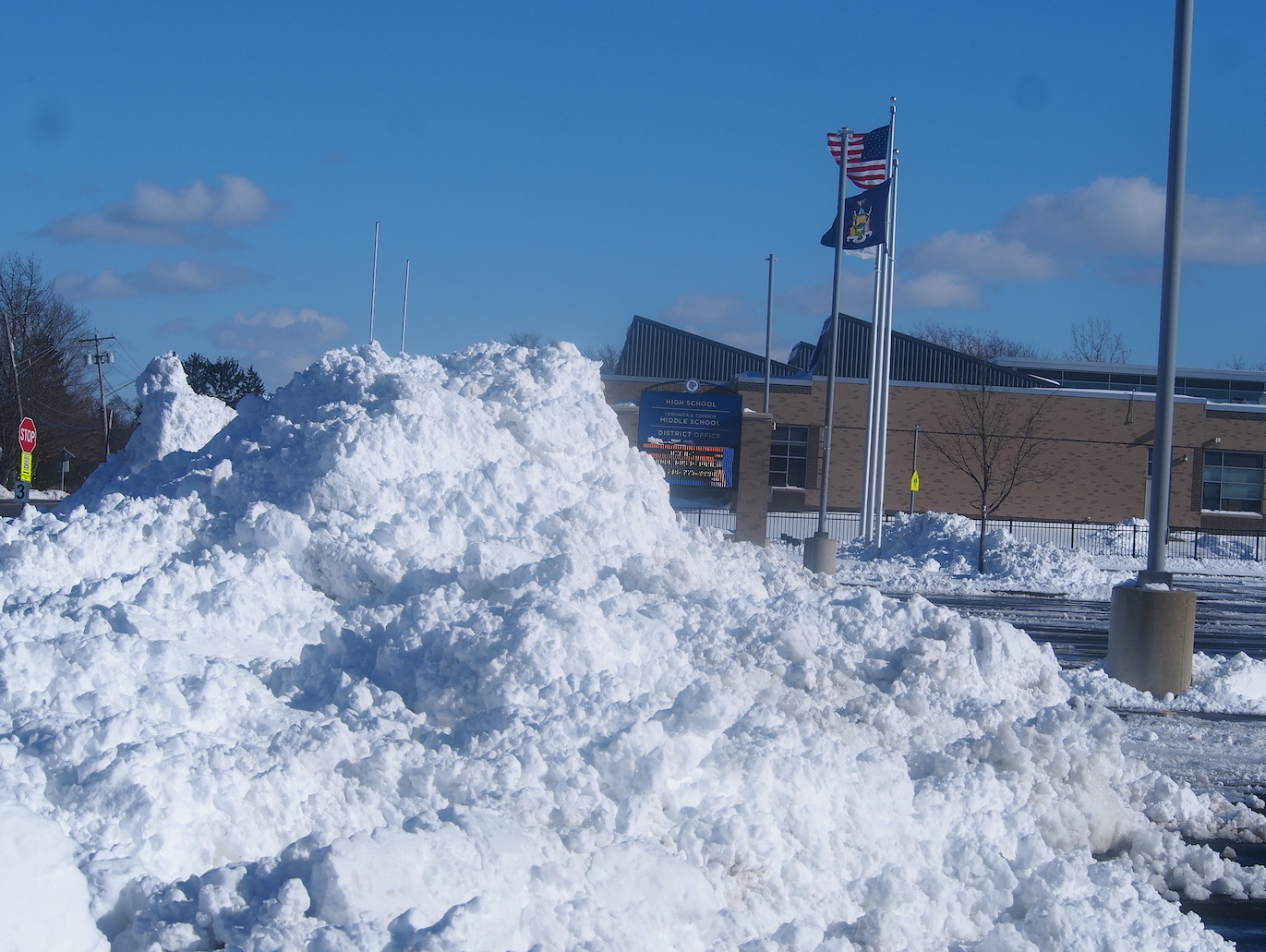 A look at some of the snow that fell and accumulated on Grand Island. (Photo by Alice Gerard)

Following weeklong response to historic snowfall in Buffalo and Watertown areas, where nearly 7 feet of snow fell over three days

Her team said, “More than 6 feet of snow was reported in parts of Jefferson, and snow began falling last Thursday evening and overnight into Friday at a rate of 6 inches per hour in Erie County and 5 inches per hour in Jefferson County. This historic snowfall event created extremely dangerous conditions across multiple regions, resulting in road closures and travel restrictions to keep the public safe.”

Hochul commended the agency personnel involved in the state's response for their early preparation, communication and coordination with local governments before, during and after the storm.

"The record-breaking snowfall has finally stopped, and now it's time for New York's winter storm response to move to its next phase," she said. "I commend the first responders, local leaders and community members who stepped up to meet the challenges posed by this storm. We will continue monitoring the fallout from this storm, and I urge New Yorkers to remain vigilant as rain and melting snow may still lead to flooding or other dangerous conditions."

The state Division of Homeland Security and Emergency Services' disaster recovery team is working with impacted counties listed in the emergency declaration to maximize federal assistance.

DHSES's Office of Emergency Management and Office of Fire Prevention and Control, the New York State Department of Transportation (NYSDOT), the New York State Police, the Thruway Authority, the Department of Environmental Conservation, State Parks and the National Guard were fully engaged and coordinated in supporting local governments before, during and after the snowfall.

State Division of Homeland Security and Emergency Services Commissioner Jackie Bray said, "Over the last week, state agencies worked together with local officials to coordinate response efforts and keep New Yorkers safe. I am grateful for everyone's hard work and, critically, for the spirit of cooperation and close coordination all brought to this effort."

During the course of the storm, a multiagency team of state and local personnel, including Urban Search and Rescue teams, led by OFPC, supported the storm response in Western New York with conducting welfare checks and assisting local fire, EMS and police with incidents, including removing 152 people from disabled vehicles, and conducting 3,424 structural assessments in the most impacted areas of Erie County. Additionally, State Police responded to 108 accidents and 341 disabled vehicles.

At the height of the storm, between NYSDOT and the Thruway Authority, there were nearly 500 plow trucks, close to 100 loaders, and more than 1,000 operators and supervisors deployed in Western New York and the North Country.

NYSDOT and the Thruway Authority continue to support clean-up efforts in the cities of Buffalo and Lackawanna, including snow removal operations on local roadways using large dump trucks, heavy-duty loaders, and large snowblowers.