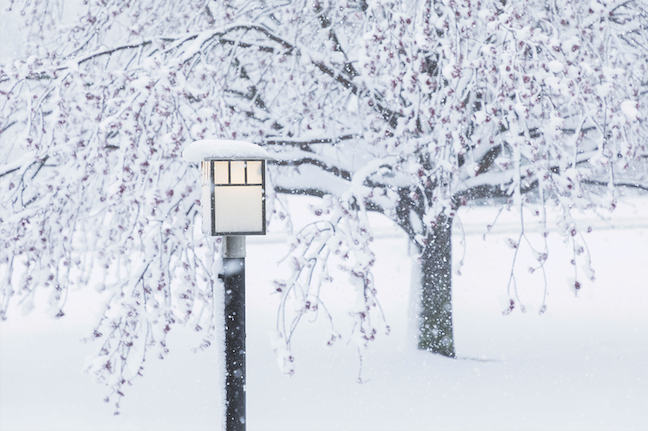 Travel ban remains in effect for parts of Erie County and City of Buffalo, including towns of Orchard Park, Hamburg and Evans; parts of Route 219 in Erie County remain closed

Gov. Kathy Hochul on Sunday updated New Yorkers following the historic winter storm that buried upstate communities in the Buffalo and Watertown areas with more than 6 feet of snow since Thursday evening.

"Thank you to all Western New Yorkers and our emergency management experts and personnel who continue to show up for each other during this historic winter storm," Hochul said. "We are working around the clock to keep everyone safe and urge all New Yorkers to stay vigilant and prepared during this potentially life-threatening weather event."

Prior to the arrival of lake effect snow on Thursday, Hochul declared a state of emergency for 11 counties and contiguous counties, which remains in effect. Additionally, New York's emergency management experts have been in constant communication with their local counterparts for days leading up to the event.

New York State Division of Homeland Security and Emergency Services Commissioner Jackie Bray said, "Thanks to Gov. Hochul's leadership, there has been unprecedented coordination, communication and action taken by state agencies to assist our local counterparts in keeping New Yorkers safe. Eleven counties remain in a state of emergency, and DHSES is working with Gov. Hochul to secure federal assistance to help recover from this historic storm."

The New York State Division of Homeland Security and Emergency Services' Office of Emergency Management and Office of Fire Prevention and Control, the Department of Transportation, New York State Police, and Thruway Authority also predeployed the following resources to Western New York and the North Country:

Snow began to fall in parts of upstate New York on Thursday and, as of today, more than 6 feet of snow was reported in Erie County and Jefferson County, including Hamburg, Blasdell and Orchard Park in Erie County, and Natural Bridge in Jefferson County. Throughout this time, these areas experienced a peak of 6 inches of snowfall an hour, which created extremely dangerous travel conditions.

The Lake Erie snow band is now south of Erie County in the Southern Tier (Cattaraugus, Chautauqua and Allegany counties). Snowfall totals up to 6 inches are expected in these locations, with snowfall rates of one to two inches per hour. Tonight, the band is forecast to lift north again, bringing another 1 to 3 inches of snow to the City of Buffalo.

Gusty winds up to 50 mph are forecast today for many locations, resulting in blowing and drifting snow in the western counties.

An intense lake-effect snow band pushed south of Jefferson County and is impacting southern Lewis, Oswego and far northern Cayuga counties on Sunday. Oswego County is expected to receive 2 to 3 feet of snow through tomorrow morning. Snowfall rates of up to 4 inches per hour and wind gusts up to 40 mph are possible.

•Division of Homeland Security and Emergency Services: The New York State Division of Homeland Security and Emergency Services is closely monitoring weather and travel conditions, coordinating state agency response operations, and communicating with local governments throughout the event. The State Office of Emergency Management began interagency coordination calls with the National Weather Service on Wednesday to prepare for the impacts of the storm across upstate regions.

The state's emergency operations center in Albany was activated on Thursday, as well as a regional operations center in Cheektowaga, where DHSES is coordinating field response with state agency partners including NYSDOT, State Police and the Thruway Authority. Additionally, OEM staff are embedded at the Erie County emergency operations center and command centers for the towns of Hamburg, Orchard Park and Evans to support coordination between state and local response. The state's stockpiles are prepared to deploy assets to local governments to support any storm-related needs.

The State Office of Fire Prevention and Control assisted with rescuing more than 150 people from trapped vehicles and moving them to safety. State Fire personnel continue to assist local governments with performing wellness checks on residents and structural integrity assessments.

•Department of Transportation: In Western New York, Route 219 from I-90 to Peters Road is currently closed. Working in coordination with state and local officials, the DOT is monitoring conditions and will update the public when these roads are reopened.

The DOT is responding with 3,287 supervisors and operators. Staff can be configured into any type of response crew that is required, including snow and ice operations, drainage, chipper, load and haul, and cut and toss. Additionally, 75 incident command system personnel are available to support the event.

The DOT sent additional plows and operators from other regions to Erie County on Friday to further assist with snow and ice removal operations, including on local roads in the Town of Hamburg, the City of Buffalo, the Village of Blasdell and the Town of Orchard Park. The department has also helped the City of Niagara Falls with plowing operations on main arterials. DOT plows are also assisting with snow and ice operations on primary routes within the City of Watertown and Village of Black River.

In addition to existing resources, DOT is bringing in contractor resources to Western New York from Finger Lakes, Central New York and Western New York. This includes 64 loaders, more than 130 large dump trucks, one skid steer, and about 200 more personnel.

All residency locations will remain staffed for 24/7 operations throughout the duration of the event and priority cleanup operations. All available snow and ice equipment is ready to deploy. Fleet mechanics in affected areas will be staffing all main residency locations 24/7 to perform repairs and keep trucks on the road.

The commercial vehicle ban remains in place on Route 219 from Route 39 to I-90 – the road remains closed. On I-81 from Exit 33 to the Canadian border, trucks are still required to use the right lane only.

DOT has lifted its full commercial vehicle ban at the following locations:

The thruway has reopened to all traffic, and there are no commercial vehicle restrictions at this time with the following exceptions: thruway (I-90) Exit 55 (Lackawanna) remains closed to all traffic to support the closure of Route 219. Additionally, Exit 56 (Blasdell) and Exit 57 (Hamburg) remain closed to commercial traffic to facilitate cleanup efforts in these areas.

Variable message signs and social media are utilized to alert motorists of winter weather conditions on the thruway. The Thruway Authority also encourages motorists to download its mobile app, which is available for free on iPhone and Android devices. The app provides motorists direct access to real-time traffic information, live traffic cameras, and navigation assistance while on the go. Motorists can also sign up for TRANSalert emails, which provide the latest traffic conditions along the thruway. Follow the Thruway Authority on Twitter @ThruwayTraffic and @NYSThruway, and on Facebook at NYS Thruway Authority.

•National Guard: At Hochul’s direction, the New York National Guard has 109 soldiers and airmen on duty Sunday supporting the state response to the snowstorm. An additional 75 soldiers and airmen, with engineer vehicles to remove snow, will come on duty today. Additional equipment being deployed includes four front-end loaders and eight 10-ton dump trucks from the 204th Engineer Battalion and the 152nd Brigade Engineer Battalion; additional Humvees and personnel from the 102nd Military Police Battalion in Auburn; and the 174th Attack Wing in Syracuse, also will provide general purpose response and debris clearance.

On Saturday, National Guard troops assisted the New York State Thruway Authority with clearing part of the thruway, cleared roads in the Town of Hamburg, and transported people to medical appointments. Other troops deployed for the mission come from the 2nd Squadron, 101st Cavalry Regiment, and the 107th Attack Wing and the 105th Military Police Co. The National Guard personnel are using Niagara Falls Air Reserve Station as a base to support the snowstorm mission.

•The State Police added extra patrols to the areas most impacted by the lake-effect snow, and has staged additional specialty vehicles, including all-terrain vehicles, utility task vehicles and snowmobiles, in those regions. All four-wheel drive vehicles are deployed, and troop emergency power and communications equipment has been tested.

The governor’s team said some of the most important tips for safe driving include:

•When winter storms strike, do not drive unless necessary.

•Use caution on bridges, as ice can form quicker than on roads.

•If you must travel, make sure your car is stocked with survival gear like blankets, a shovel, flashlight and extra batteries, extra warm clothing, set of tire chains, battery booster cables, quick energy foods, and brightly colored cloth to use as a distress flag.

•If you have a cell phone or other communications device, such as a two-way radio, available for your use, keep the battery charged and keep it with you whenever traveling. If you should become stranded, you will be able to call for help, advising rescuers of your location.

•The leading cause of death and injuries during winter storms is transportation accidents. Before getting behind the wheel, make sure that your vehicle is clear of ice and snow; good vision is key to good driving. Plan your stops and keep more distance between cars. Be extra alert and remember that snowdrifts can hide smaller children. Always match your speed to the road and weather conditions.

•It is important for motorists on all roads to note that snowplows travel at speeds up to 35 mph, which in many cases is lower than the posted speed limit, to ensure that salt being dispersed stays in the driving lanes and does not scatter off the roadways. Oftentimes on interstate highways, snowplows will operate side by side, as this is the most efficient and safe way to clear several lanes at one time.

•Motorists and pedestrians should also keep in mind that snowplow drivers have limited lines of sight, and the size and weight of snowplows can make it very difficult to maneuver and stop quickly. Snow blowing from behind the plow can severely reduce visibility or cause whiteout conditions. Motorists should not attempt to pass snowplows or follow too closely. The safest place for motorists to drive is well behind the snowplows where the roadway is clear and salted. Never attempt to pass a snowplow while its operating.

Heavy exertion, such as shoveling snow, clearing debris or pushing a car, increase the risk of a heart attack.

•Stay warm, dress warm, and slow down when working outdoors.

•If you feel chest pain, shortness of breath, or pain in your jaw radiating down your arm, stop and seek help immediately.

•Turn off or unplug lights and appliances to prevent a circuit overload when service is restored; leave one light on to indicate when power has been restored.

•If heat goes out during a winter storm, keep warm by closing off rooms you do not need.

•Use only safe sources of alternative heat such as a fireplace, small well-vented wood or coal stove or portable space heaters.

•When using alternative heat sources such as a fireplace, woodstove, etc., always make sure you have proper ventilation.

•Keep curtains, towels and potholders away from hot surfaces.

•Have a fire extinguisher and smoke detectors and make sure they work.

•If you use kerosene heaters to supplement your regular heating fuel, or as an emergency source of heat, follow these safety tips:

√ Use only the correct fuel for your unit.

√ Refuel outdoors only, and only when the unit is cool.

√ Keep the heater at least 3 feet away from furniture and other flammable objects.

√ When using the heater, use fire safeguards and ventilate properly.