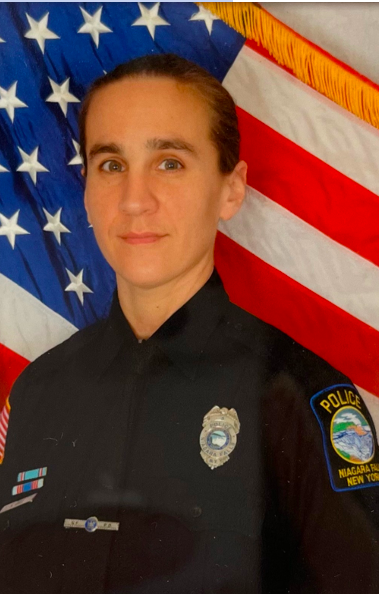 Funeral services will be held at the Niagara Falls Convention Center, 101 Old Falls St., at 11 a.m. Monday Nov. 14. Interment will be at the Gate of Heaven Cemetery 500 Riverdale Ave., Lewiston. Road closures will extend from First Street from Niagara Street to Rainbow Boulevard, and Old Falls Street from Third Street to First Street.

“Det. Zell began her career with NFPD in March 2000. During her time as a patrol officer, she was assigned to the United States Marshalls Service Violent Fugitive Task Force. In October of 2017, she was promoted to the rank of detective and assigned to the criminal investigation division, where she specialized in sex crime investigations. Det. Zell also served as a physical training instructor at the Niagara County Law Enforcement Academy.

“Det. Zell will be greatly missed by our officers at NFPD and the many agencies she worked with over the past 22 years.”