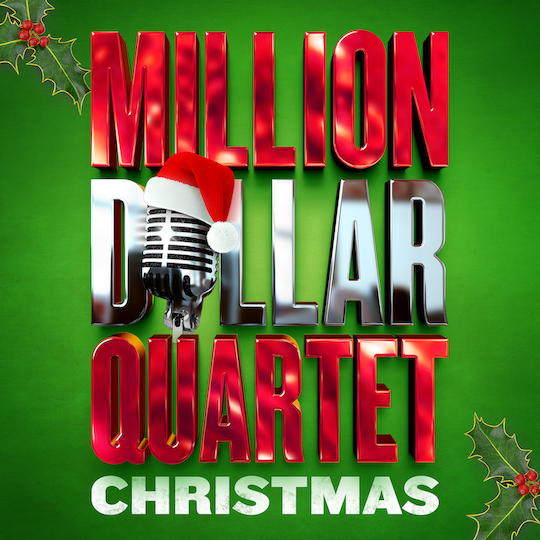 The “Million Dollar Quartet Christmas” cast album is now available everywhere music is streaming. Physical copies of the album will be available in stores beginning Nov. 11.

The “Million Dollar Quartet Christmas” album is produced by Chuck Mead with executive producers Madison Wells Live and Theatrical Rights Worldwide. It was recorded and mixed at Inglehood Studios in Nashville by Cowboy Keith Thompson, with mastering by Alex McCollough of True East Mastering.

Members of the original “Million Dollar Quartet” team, Tony-nominated book writer Colin Escott and original orchestrator Mead, reunited with director Scott Weinstein and the original producer, Madison Wells Live, to create this brand-new musical. It was inspired by the true story of the momentous homecoming in December 1956 of rock ‘n’ roll newcomers – and soon-to-be legends – as they reflect on Christmases past and contemplate Christmases present and yet to come, at a moment when no one knew if rock 'n' roll was a fad or a revolution.

“Million Dollar Quartet Christmas” received its world premiere in 2021 at The Phoenix Theatre Company, ahead of a national tour that same year.

The 2022 tour will play select cities Nov. 12 through Dec. 23. For more information on the tour, visit mdqchristmas.com.