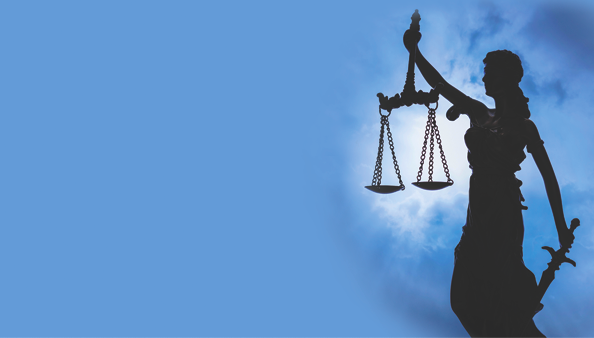 New York Attorney General Letitia James on Tuesday announced what her team called “a landmark settlement” with the Roman Catholic Diocese of Buffalo. This resolves a lawsuit filed in November 2020 that alleged the Buffalo Diocese persistently failed to address the child sexual abuse crisis, and systematically evaded the very reforms it publicly adopted nearly 20 years ago for investigating, reviewing and responding to abuse complaints. Instead, the AG’s team said, “The Buffalo Diocese protected accused priests from facing the potential consequences of abuse accusations by quietly removing them from ministry.”

A press release explained, “The settlement ensures that the Buffalo Diocese will address complaints of clergy sexual abuse appropriately through a comprehensive, court-ordered compliance program that is mandated for five years.

“The settlement also establishes mechanisms to protect the public by requiring the Buffalo Diocese to have a formal program to individually monitor credibly accused priests and submit to an independent annual audit of its compliance. The audits will be conducted by a former senior agent at the Federal Bureau of Investigation with expertise in matters of clergy sexual abuse, who has been vetted and approved by the Office of the Attorney General (OAG). The auditor will issue annual reports, which will be published on the Buffalo Diocese’s website.

“Additionally, Bishop Emeritus Richard J. Malone and former Auxiliary Bishop Edward M. Grosz, in their individual capacities, will be banned for life from holding any secular fiduciary role with a charity registered in New York.

“Together, the components of this settlement will provide long-overdue accountability and transparency to parishioners and the public.”

“As a result of this action, the Buffalo Diocese will now begin a much-needed era of independent oversight and accountability, and my office will continue to do everything in its power to restore trust and transparency for the future. No individual or entity is above the law, and those who violate it in New York state will always be held accountable.”

In November 2020, following a two-year investigation, James filed a lawsuit against the Buffalo Diocese, Malone and Grosz, for “mishandling child sexual abuse claims and failing to uphold their responsibilities to victims of abuse, parishioners, and the public.”

In the complaint, OAG alleged the defendants violated their legal and fiduciary obligations by failing to conduct proper investigations into child sexual abuse accusations, and not monitoring numerous credibly accused priests. The complaint detailed conduct that, as alleged, directly defied the procedures and protections outlined in the Charter for the Protection of Children and Young People adopted by the United States Conference of Catholic Bishops (USCCB) in 2002, following media reports of widespread clergy sexual abuse.

Though Malone and Grosz were responsible for ensuring the Buffalo Diocese's compliance with the charter and other related policies, the OAG investigation found that allegations of sexual misconduct against diocesan priests were concealed and inadequately investigated, if at all, for years.

The OAG also found the Buffalo Diocese failed to refer more than two-dozen accused priests for adjudication as required by the charter. Instead, James’ team said, “The diocese shielded accused priests from the consequences of public disclosure by removing them from ministry, with false claims of medical leaves or voluntary retirements.”

The press release noted, “As part of the settlement, the Buffalo Diocese has committed to accelerated and fully transparent procedures for addressing sexual abuse complaints in a required step-by-step and documented process. For example, absent special circumstances, an independent investigator must be appointed upon receipt of the complaint, and all investigations must be completed within 45 days of the appointment.

“The diocese’s charter-mandated lay review board will now be required to provide its recommendations for each case it investigates in writing. The diocese will also be required to make public disclosures throughout the process, including posting the lay review board’s recommendation on its website, publicly disclosing names of accused clergy who are suspended pending investigations, and reporting all substantiated complaints. The diocese will also refer all complaints it receives to law enforcement and will cooperate with any investigations.

“In addition, the Buffalo Diocese's management of sexual abuse complaints and allegations will now be subject to review by an independent compliance auditor. The attorney general has approved the appointment of Dr. Kathleen McChesney, former executive assistant director at the FBI and first director of the USCCB Office of Child Protection, to fill this role.

“Dr. McChesney has decades of experience investigating and addressing the problem of sexual abuse within Catholic institutions. She and her team will have guaranteed access to all documents and information necessary to examine the Buffalo Diocese’s compliance with the terms of the settlement. The audit period will last for a minimum of three years, with a potential extension to five years. As the Buffalo Diocese is responsible for the retention and payment of Dr. McChesney and her audit team, their appointment will not take effect until approved by the United States Bankruptcy Court for the Western District of New York, where the diocese currently has a pending petition for Chapter 11 bankruptcy.

“Under the agreement, the bishop of the Buffalo Diocese, currently Bishop Michael Fisher, is also responsible for taking necessary steps to protect parishioners and the public from an individual who has been credibly accused of sexual abuse. Under the priest supervision program codified in the settlement, which the Buffalo Diocese has already begun to implement, accused clergy will be assigned an individual monitor with law enforcement experience to ensure their compliance with restrictions on their conduct that are designed to ensure the safety of local parishioners and children. Supervised clergy cannot perform priestly ministry duties, such as saying Mass or taking confessions, cannot wear their collar or otherwise position themselves as a cleric in good standing, and cannot live in close proximity to children or a school, among other requirements.

“If an accused priest refuses to cooperate, the Buffalo Diocese's policies have now been amended to allow the current bishop the discretion to withhold that priest’s pension until they comply.

Malone and Grosz, named in the settlement in their individual capacities, will be banned for life from serving in any secular fiduciary role with any nonprofit or charitable entity in New York state. Such bans are reserved for fiduciaries who have committed serious breaches of their duties with respect to the administration of charitable organizations or assets.

James' lawsuit and this settlement specifically address the Buffalo Diocese's institutional response to the crisis of clergy sexual abuse. In February 2020, the Buffalo Diocese filed for Chapter 11 bankruptcy, citing liabilities associated with Child Victims Act cases. Today’s settlement does not affect pending claims for damages that have been asserted by individual survivors of abuse against the Buffalo Diocese. At present, the diocese estimates that more than 900 Child Victims Act cases or bankruptcy proofs of claim alleging sexual abuse of children by diocesan priests have been filed.

The OAG began its investigation into the eight New York Catholic dioceses in September 2018. Investigations into the Archdiocese of New York and the dioceses of Albany, Brooklyn, Ogdensburg, Rochester, Rockville Centre and Syracuse remain ongoing.

Fisher said, “The settlement that the diocese and the New York attorney general have agreed to confirms that the rigorous policies and protocols the diocese has put in place over the past several years are the right ones to ensure that all young people and other vulnerable persons are safe and never at risk of abuse of any kind by a member of the clergy, diocesan employee, volunteer, or member of a religious order serving in the Diocese of Buffalo.

“At the same time, we have strengthened our safe environment policies with the priest
supervision program, which I implemented in June of last year to account for priests removed
from active ministry, and with the additional appointment of a new child protection policy
coordinator. We hope that these initiatives, along with our commitment to producing an
additional detailed annual compliance audit by an independent auditor, will provide further
evidence of our commitment to the level of accountability and transparency that all Catholic
faithful and the broader public rightly deserve and require.”

The full settlement agreement between the Diocese of Buffalo and the New York attorney
general and related materials are available at: www.buffalodiocese.org/attorney-general-settlement.