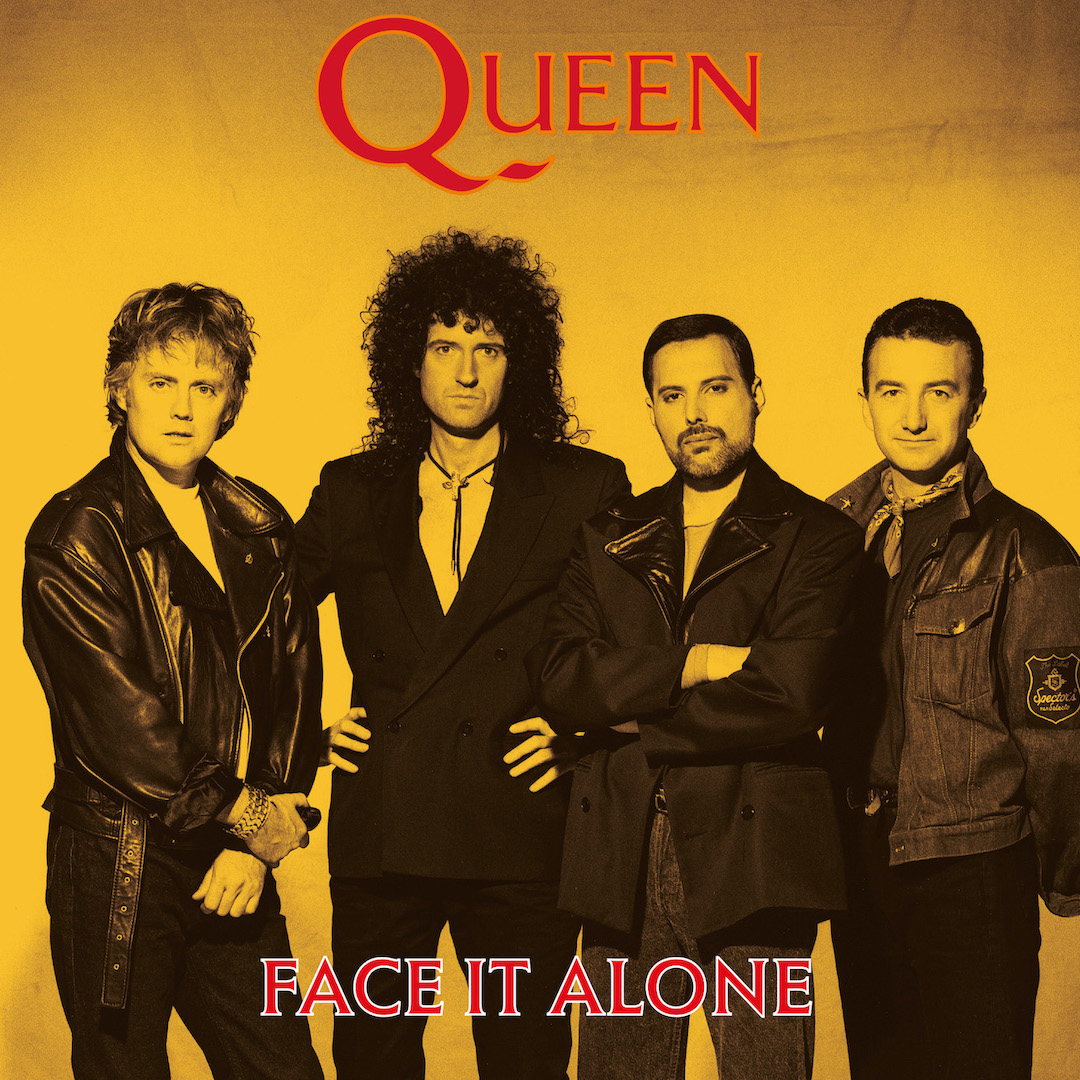 Having generated a media firestorm back in the summer when band members Brian May and Roger Taylor first leaked news of a rediscovered Queen song featuring Freddie Mercury being considered for possible release, the highly anticipated “lost” track, “Face It Alone,” drops as a simultaneous worldwide single release today, Thursday, Oct. 13, at 3:15 a.m. PT / 6:15 a.m. ET.

The track’s existence was first revealed by May and Taylor in a BBC radio interview at their appearance at this year’s Royal Jubilee concert at which they performed the opening with their regular singer Adam Lambert, with Roger Taylor describing it as “a little gem from Freddie that we’d kind of forgotten about,” with Brian May saying “it’s beautiful, it’s touching.”

The track’s arrival as a single leads into the Nov. 18 release of a new revisiting of the band’s 13th album, “The Miracle,” the band’s penultimate to be released in Freddie Mercury’s lifetime, which now becomes available in a lavish eight-disc “Queen The Miracle Collector’s Edition” box set format.

Among its contents, the expanded set includes “The Miracle Sessions”: an hour-plus disc of further previously unreleased recordings, including six unpublished songs. Just as tantalizing for fans, the audio includes the band’s candid spoken exchanges on the studio floor in London and Montreux, giving the most revealing window yet into the four members’ creative process and the joy, in-jokes and banter on their return to working together.

“Face It Alone” was originally recorded during the band’s historic 1988 sessions for that album, a prolific period which saw the band lay down around 30 tracks, many of which were never released, but remained among those that didn’t make the final album cut. It was rediscovered when the band’s production and archive team returned to those sessions to work on “The Miracle” box set reissue.

“We’d kind of forgotten about this track,” admits Roger Taylor, “but there it was, this little gem. It’s wonderful, a real discovery. It’s a very passionate piece.”

The single will be the first new song featuring Freddie Mercury released in over eight years. On 2014’s “Queen Forever” album, the band included three previously unheard tracks with Mercury, including “Let Me in Your Heart Again,” “Love Kills” and “There Must Be More to Life Than This.”

Speaking of the rediscovered track, Brian May says: “I’m happy that our team were able to find this track. After all these years, it’s great to hear all four of us … yes, Deacy is there too … working in the studio on a great song idea which never quite got completed ... until now!” 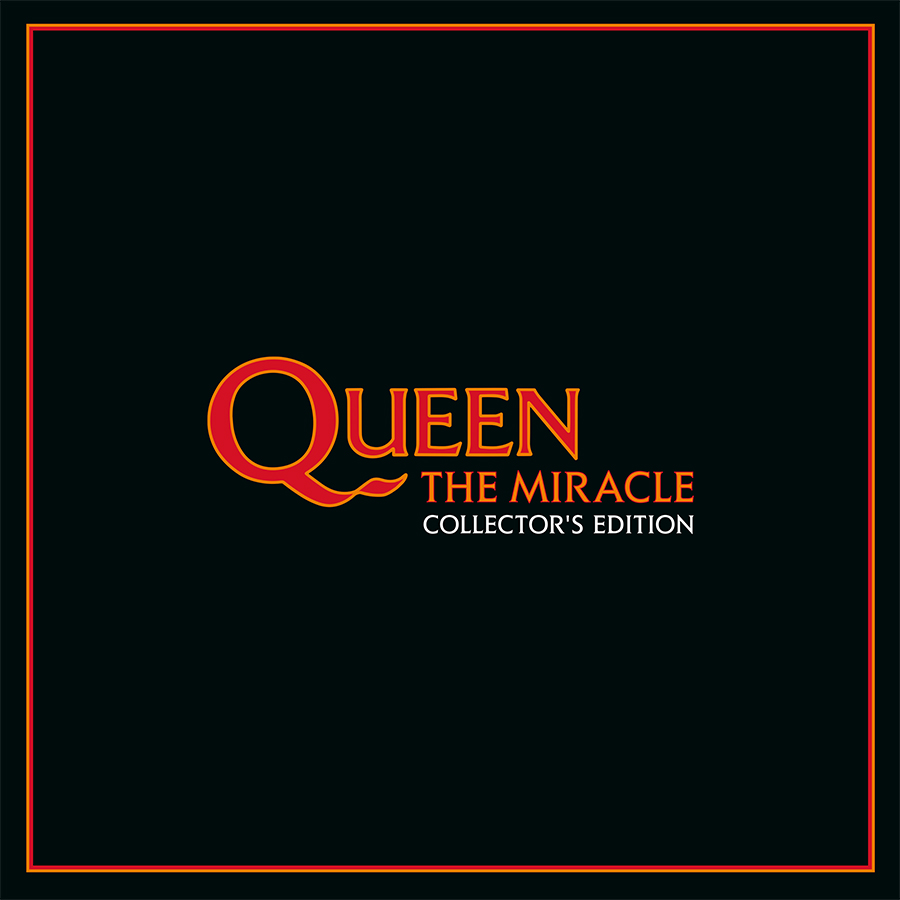 Widely recognized as Queen’s strongest album of the ’80s, and one of their most inspired, the 1989 released “The Miracle” was a global success, reaching No. 1 in the U.K. and several major European markets, even reestablishing the band in the U.S., where it delivered a Gold album. Brian May has often cited the title track as his favorite Queen song of all time.

The hugely prolific sessions for “The Miracle” began in December 1987 and stretched out to March 1989. It was to be one of the most consequential periods in Queen’s history. Fifteen months previously, on Aug. 9, 1986, Queen’s mighty “Europe Magic Tour” had ended on a high, before an estimated audience of more than 160,000 at Knebworth Park in Britain. As the band left the stage that night – toasting the flagship show of their biggest tour to date – they could hardly have foreseen that Knebworth marked a line in the sand. This would be Queen’s final live show with Freddie, and the first in a chain of pivotal moments that would lead toward a lengthy separation for the band.

It would take 15 months and a radical restructuring of internal band dynamics before Queen regrouped in London’s Townhouse Studios on Dec. 3, 1987, to start work on their 13th studio album. For the first time, Queen would share songwriting credits equally, regardless of who conceived each song, a consensus of opinion that was to have fertile results.

“Splitting the credits was a very important decision for us. We left our egos outside the studio door,” says Brian, “and worked together as a real band – something that wasn’t always the case. I wish we’d done it 15 years before.”

Said Roger: “Decisions are made on artistic merit, so ‘Everybody wrote everything’ is the line, rather than ego or anything else getting in the way. We seem to work together better now than we did before. We’re fairly up-and-down characters. We have different tastes in many ways. We used to have lots of arguments in the studio, but this time we decided to share all the songwriting, which I think was very democratic and a good idea.”

This show of unity was elegantly conveyed by band art director Richard Gray’s cover for “The Miracle,” which depicts Queen’s four faces merged into one.

“The cover art represents the unity of the group at the time: a seamless merging of four people becoming one,” May has said. “We were also dealing with Freddie’s deteriorating health and pulling together to support him.”

While Freddie could no longer tour, Queen remained a band of staggering creative resourcefulness. As John Deacon implied, they instead channeled their live chemistry into the studio: “In the first few weeks of recording we did a lot of live material, a lot of songs, some jamming, and ideas came up.”

“ ‘Party’ and raw rock ‘Khashoggi’s Ship’ evolved naturally, straight away,” said Freddie. Inspired by something Anita Dobson would say, and later adopted for anti-apartheid protests, the massive “I Want It All” was – though written before the band went into the studio – a forceful expression of Queen’s concert-honed heavy-rock powers.

“We were never able to perform this song live with Freddie,” said May. “It would have become something of a staple core of the Queen show, I’m sure, because it was very participative – designed for the audience to sing along to – very anthemic.”

Says Roger: “Lots of the (‘Miracle’) tracks have first-take stuff in them; we tried to preserve that freshness. We tried to capture all the enthusiasm that we had from playing together as a band.”

Queen’s writing also reflected their personal circumstances. The torn-from-the-headlines drama of “Scandal” was May’s personal swipe at the press intrusion into the bandmembers’ respective personal affairs. Singled out by Deacon for praise, Freddie’s soaring album closer, “Was It All Worth It,” has in retrospect been interpreted as a reflection on the singer’s health.

One further ingredient in the mix was David Richards, who had worked with Queen since his billing as assistant engineer on “Live Killers.” After further credits on “A Kind of Magic” and “Live Magic,” Richards stepped up to co-produce “The Miracle,” praised by May for his “whizz kid” technical prowess.

The months in the studio birthed 30-plus songs, more than Queen could possibly need for one album. Ten tracks were selected to form the release, with others later appearing as B-sides or solo tracks, or carried over to the “Innuendo” and “Made in Heaven” albums. Five hit singles supported the album.

Most of these leftover session tracks remained undisturbed in the Queen archives for the past 33 years.

For the Queen hardcore, meanwhile, one of the most highly anticipated elements of the new box set is “The Miracle Sessions” CD featuring original takes, demos, and rough takes of the full album, plus six additional previously unreleased tracks.

Tantalizing enough that this hour-plus disc offers the first official airing of such near-mythical songs as “Dog With A Bone,” “I Guess We’re Falling Out,” “You Know You Belong To Me,” and the poignant “Face It Alone,” released as a single in October. Add to that, the trove of sunken treasure spanning from original takes and demos to rough cuts that signpost the album “The Miracle” would become.

But perhaps the real gemstones of “The Miracle Sessions” CD are the spoken segments that bookend the musical takes. As the studio tape keeps rolling in London and Montreux, the four members are caught at their most candid, giving listeners the uncanny fly-on-the wall experience of standing amongst Freddie, Brian, John and Roger as they banter, debate, swap jokes and show both joy and occasional frustration.

With the band arriving at the studio with scarce mapped-out material, these sessions found Queen at their most inspired and impulsive, and that atmosphere is mirrored in not just the music, but the familial exchanges that punctuate it. As Freddie said: “I think it’s the closest we’ve ever been in terms of actually writing together.”

“Before we all pass out, can I just try this?” Freddie Mercury (“I Want It All”)

Heard for the first time in Queen history, the spoken outtakes from “The Miracle Sessions” invite fans onto the studio floor to experience the band’s unvarnished dynamic, more natural and revealing than any official press interview. These unguarded exchanges – by turns mischievous, encouraging, witty, even affectionately waspish – capture the band as they truly were during “The Miracle’s” late bloom, buzzing with renewed enthusiasm at their return to the studio, and driven by a rare chemistry that still threw up sparks.

Another first for the box set is the reinstatement of “Too Much Love Will Kill You.” “The Miracle” was originally planned to be an 11-track album, but “Too Much Love” was removed at the last minute due to unresolved publishing issues. Later, Queen’s original version was to emerge on “Made in Heaven” in 1995, featuring Freddie’s lead vocal. While the CD version of the album remains faithful to the familiar 10-song running order, the vinyl record in this collector’s edition marks the first time that “Too Much Love Will Kill You” has been presented as part of the album, in the exact position on side one it was allocated in 1989.

Elsewhere, “The Miracle Collector’s Edition” brims with rarities, outtakes, instrumentals, interviews and videos, including the last interview John gave, from the set of the video for the hard-driving single “Breakthru.” The richly packed box set also includes a lavish 76-page hardback book featuring previously unseen photographs, original handwritten fan-club letters from the band, press reviews from the time and extensive liner notes, with recollections from Freddie, John, Roger and Brian on both the making of the album and some of their most iconic videos.

Featuring a plethora of fascinating insights into a hugely pivotal moment in Queen’s storied history, this is “The Miracle” fans have been waiting for.