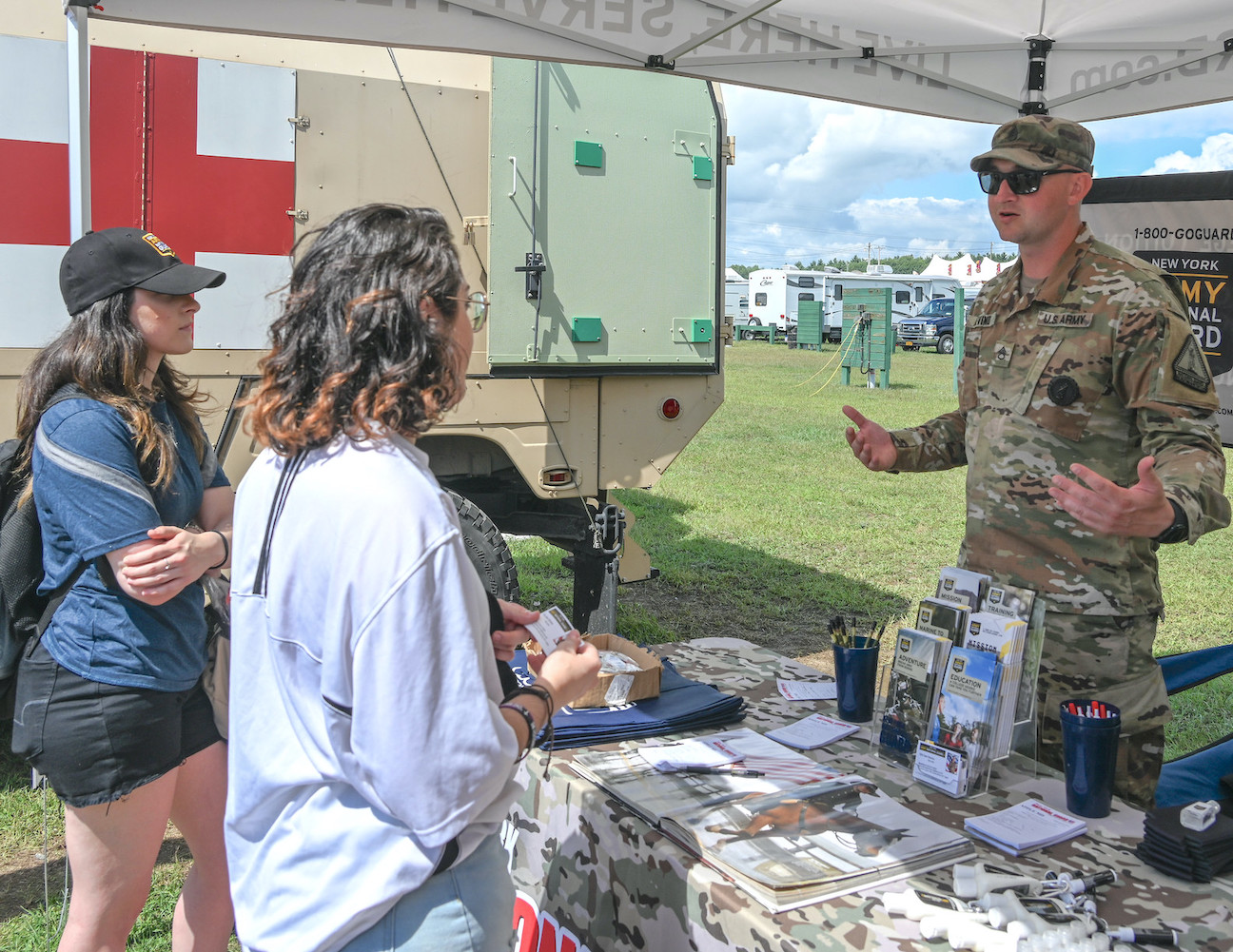 The National Guard Bureau, which oversees the National Guards of 54 states, territories, and District of Columbia, gave New York the goal of recruiting 1,175 soldiers during the year.

New York brought in 1,210 new enlisted soldiers. This works out to 103% of the recruiting goal.

Authorized strength is the number of soldiers needed to fill all necessary positions.

The New York Army National Guard has also been successful at retaining soldiers who completed their original and follow-on enlistments.

The National Guard Bureau set a goal of retaining 1,300 soldiers in federal fiscal year 2022. New York retained 1,406 soldiers. This equates to 108% of the targeted goal.

Nationally, the Army National Guard has a strength of 329,700 soldiers. According to the National Guard Bureau, the Guard was 6,000 members short of its recruiting goal for the fiscal year.

The active Army, overall, also faced a shortfall of soldiers. The Army achieved only 75% of its 2022 recruiting goal, according to Army Chief of Staff Gen. James McConville.

The Army, 20,000 soldiers short of its recruiting goal, was the only service that didn't meet its target.

Personnel experts attribute some of this to a thriving job market. Others point to the limitations of in-person engagement due to COVID-19 restrictions.

But, according to Army officials, only about 23% of men and women in the prime age to join the Army can meet the physical fitness, education, and other requirements needed to join.

The New York Army Guard succeeded at enlisting new soldiers because recruiting is important, according to Maj. Gen. Ray Shields, the adjutant general of New York.

"Other than soldier safety, we have no higher priority than unit assigned strength," Shields said.

"We placed attention on recruiting and retention and the results have been remarkable," he added.

"We cannot be successful and do what the nation and state ask of us without soldiers in our ranks," Shields said.

Since 2020, the New York National Guard has deployed over 7,000 troops to assist in the state's COVID-19 response, while sending almost 2,000 soldiers to the Horn of Africa for security duties, Kuwait for support efforts to mission across the Middle East, and Europe to train Ukrainian soldiers.

The Army National Guard also fought wildfires, responded to windstorms, snowstorms and, most recently, sent two helicopters to Florida to assist in the recovery from Hurricane Ian.

Heimroth credited New York's well-trained and motivated full time recruiting force of 207 Soldiers for the success of the recruiting effort.

The success of New York Army National Guard recruiters during a year in which other states did not meet their number "speaks volumes on the hard work of our recruiting and retention team," Shields said. "Their work is the very foundation of our organization; people are our highest priority.”