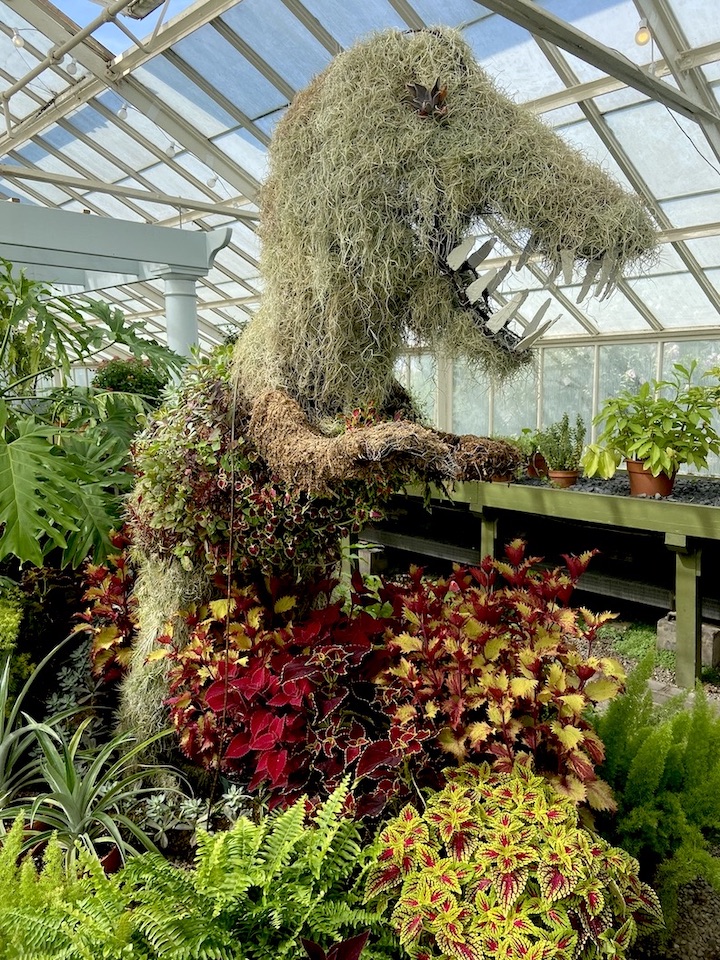 'Creatures After Dark' at Botanical Gardens: Dinos, and fossils, and plants, OH MY!

The Buffalo and Erie County Botanical Gardens will feature a brand-new exhibit in the “Gardens After Dark” series called “Creatures After Dark.”

A press release said, “The Botanical Gardens’ conservatory will be filled with several cool, colorful creatures made out of live plants, including dinosaur succulent topiaries, a coleus peacock, moss-made dinosaurs, a giant buffalo, a dragonfly, a shark, and more. These larger-than-life plant creatures will be illuminated at night along with some prehistoric friends and fossils from Past & Present.”

The press release added, “ ‘Creatures After Dark’ will highlight the ‘Coleus and Creatures’ exhibit and the mum exhibit under spectacular lights just in time for the spooky fall season for a magical, Jurassic-like adventure. Visitors will delight in the vibrant colors, lights, and friendly ‘creatures’ of this brand-new exhibit at the Botanical Gardens. These larger-than-life creatures are made out of live plants and will be on display for the first time at night under twinkling lights. These creatures are part of the ‘Coleus and Creatures’ exhibit, which began on Aug. 20 and goes until Oct. 31. Some creatures include dinosaur succulent topiaries, a coleus peacock, moss-made dinosaurs, a giant buffalo, a dragonfly, a shark, and much more.

“Each of these planty friends has a fun name and an ‘All About Me’ card to tell more about their character in a way that gives ‘plant-life’ a whole new meaning. Not only will the live plant creatures be on display, but visitors will also see and learn about dozens of dinosaurs and fossils from Past & Present throughout the entire conservatory. Past & Present is a science and nature store and museum located on South Park Avenue that is a one-stop shop for fossils, minerals, crystals, rocks, artifacts and more. 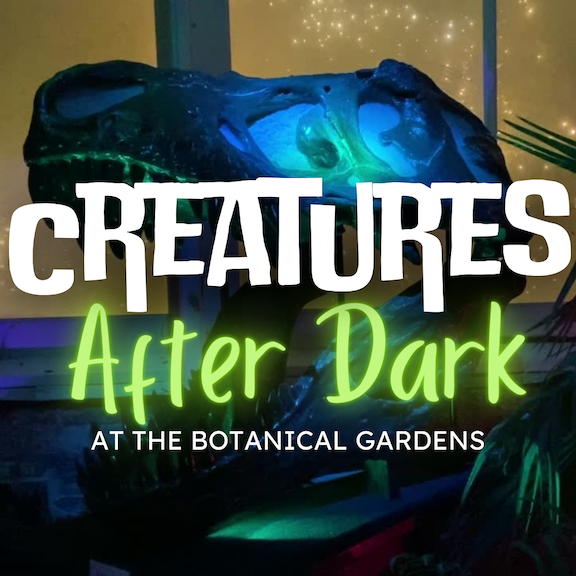 “Visitors will see dinosaurs and other prehistoric figures such as a triceratops, brachiosaurus, wooly mammoth, a giant raptor skull, and so much more. Each figure is accompanied with educational information to learn more about these prehistoric creatures.

“To add to the vibrance of this exhibit, hundreds of bright, colorful coleus and chrysanthemums will surround the creatures throughout the entire conservatory for some pops of color that the conservatory has never seen before.”

E-tickets are required for this special event. Organizers encourage purchasing tickets as soon as possible, as they are expected to sell quickly.