Robert "Bob" G. Helenbrook of Grand Island passed away Oct. 2, 2022. He was the son of the late Robert and Roberta Helenbrook; beloved husband of Marilyn (nee Fabozzi); brother of Doug (Carolyn); devoted father of Robert (Kay), Brian (Julie) and Kristen (Bill) Harding; loving grandfather of Evan, Andrew, Abby and Caroline; Charlie and Sam; and Will, Bryan and Brooklyn.

Bob had a B.S. and M.S. in mechanical engineering from the University at Buffalo. He worked his entire career in Buffalo, starting with Linde Co., and then moving to Bell Aerospace (a job he loved) – where he worked on projects ranging from the space shuttle heat shield to the X-22 vertical take-off aircraft. He worked most of his career at ATSI Engineering, which did engineering consulting for the steel industry. Post retirement, he worked at Thermal Kinetics on an energy-efficient system for removing water from ethanol.

Outside of work, his passions were his kids and grandkids, and he loved doing all sorts of projects with them. These projects included home additions (sheds, fourth bedrooms, garages, wood floors – you name it), furniture making, producing the structures for art ideas that Marilyn thought of, building model planes and, of course, creating Christmas train layouts.

He also loved playing games with his family and friends. He played “Trivial Pursuit,” mahjong, Mexican train dominoes, and all manners of card games (with euchre being his favorite). To his last days, he still claimed to be the world’s most unlucky card player.

He loved to travel and went on many trips and cruises with his friends to places including Germany, France, Nova Scotia, Ireland, Italy, Scotland and China. For work, he visited South Africa, Japan and the Netherlands, among many others. He was always willing to try the local culture, whether that was live food in Japan, or rolling naked in the snow in the Netherlands.

Bob was also very civic-minded. He volunteered with the Special Olympics, the Rotary Club, as a soccer, and baseball coach, and as Little League Baseball commissioner. For Rotary, he built picnic shelters and ramps for children with disabilities, and welcomed people from all over the world into his home. As a commissioner of Little League, he admitted the first girls into the league – and chose three girls for his team (who ended up making the all-star team).

His greatest passion was his wife, Marilyn, with whom he spent 57 years of marriage. She was his partner in all manners of projects, adventures and travels. They met in college and were married three years later. At weddings, he always dragged Marilyn onto the dance floor. There was no project that was too big for the two of them, whether it was creating a spook house for Halloween at the kids’ elementary school, or creating all of the props for Buffalo Launch Club parties. He did his best to care for her, even as he was fighting his battle with cancer.

He was a kind, caring and giving person, and will be missed greatly.

Those wishing may make donations to Roswell Cancer Center in Bob's memory. 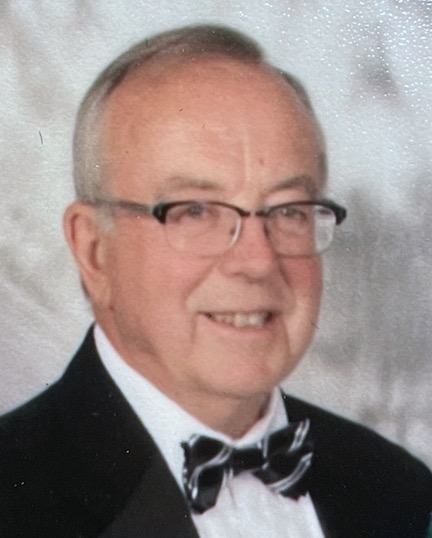