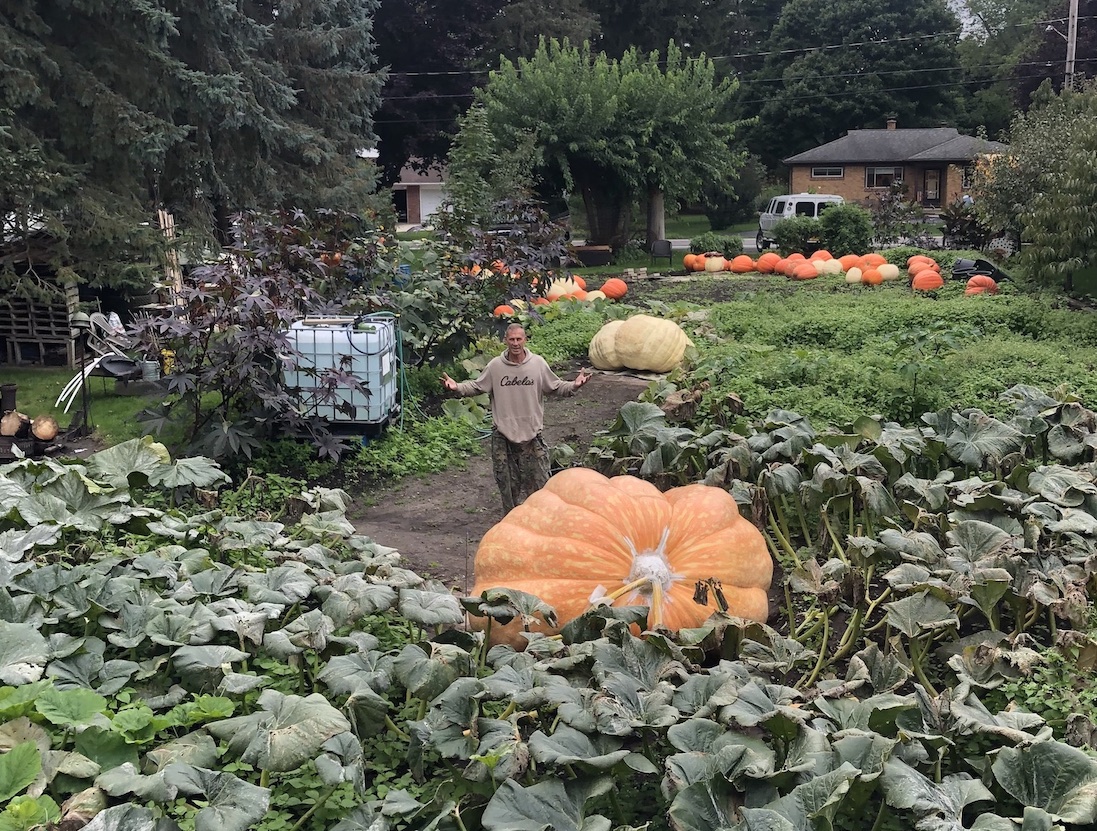 Possible 2,500-lb pumpkin to be weighed in for a new state record by local grower

One of the Great Pumpkin Farm’s most popular events, the annual World Pumpkin Weigh-off, takes place this weekend as part of the farm’s 27th annual Fall Festival at 11199 Main St., Clarence.

Judging for The World Pumpkin Weigh-off begins at noon on Saturday. Winners will be announced and prizes awarded as soon as all the entries have been officially weighed. The owner of the heaviest pumpkin at the World Pumpkin Weigh-off will take home the top prize of $1,000. A new state record will receive $5,000 (with the chance to win $10,000 and earn a world record if their pumpkin weighs over 2,708.8 pounds). Cash prizes will also be awarded for second through sixth places.

Last year’s winner was David DuBoy of Williamsville, whose pumpkin weighed in at 1,359 pounds. The Great Pumpkin Farm also saw the first 1000-pounds pumpkin during its 1996 Fall Festival – 1,061 pounds – and it went right into the Guinness Book of World Records.

√ Animatronic dinosaurs Vinnie and Teddy will wander around the corn maze from noon to 4 p.m. looking for prey

√ There will be live music at the Witches Brew throughout the weekend.

Admission to the Fall Festival is $12 per person, seniors (65-plus) admitted for $10, and children ages two and under admitted free. Tickets are available online for faster entry. Complete event information is available at www.greatpumpkinfarm.com.