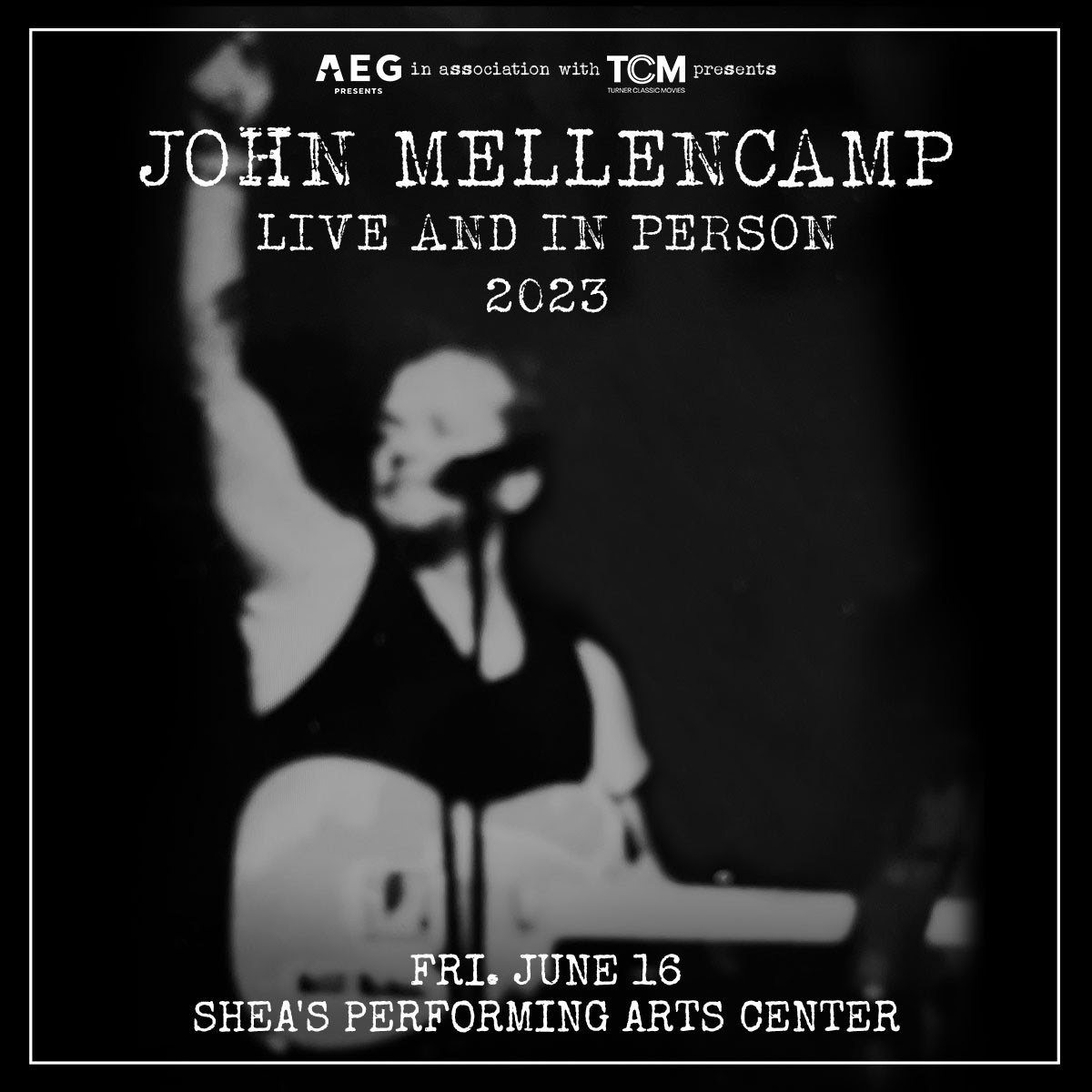 On Thursday – live from the Rock and Roll Hall of Fame opening of his new permanent exhibition – John Mellencamp confirmed a North American tour, “Live and In Person 2023,” set to kick off in February.

Presented by longtime promoter AEG Presents and sponsored by Turner Classic Movies, the tour will see 76 shows beginning with two nights in Bloomington, Indiana, on Feb. 5-6, and concluding with two nights in South Bend, Indiana, on June 23-24.The tour includes multiple nights in New York City, Chicago, Vancouver, Nashville, Clearwater and Minneapolis, as well as stops in TCM’s home of Atlanta, Los Angeles and other major cities across North America.

A press release noted, “The partnership with TCM is a landmark collaboration and a first for Mellencamp, who has never previously had a tour promotional partner in all his years of performing live.”

A limited number of exclusive VIP packages will also be available starting Oct. 4.

“Legends of Rock: John Mellencamp” opened at the Rock and Roll Hall of Fame as a new, permanent part of the museum’s popular and expanding “Legends of Rock” exhibit. Museum goers can expect to see artifacts including the suit worn in promotional photos for Mellencamp’s 2003 album “Trouble No More,” his 1976 Fender Telecaster Custom guitar played onstage extensively and the studio tracking chart for “Jack and Diane” from 1981, as well as an oil painting by Mellencamp himself, “Backbone” (2022), reworked from a 1993 self-portrait.

A reissue of Mellencamp’s eighth studio album, “Scarecrow,” is set for release Nov. 4 on Mercury/UME. The box set will include two CDs of newly remixed and remastered songs, plus previously unreleased bonus tracks and alternate versions, a booklet full of rare photographs and all-new liner notes by acclaimed author and music critic Anthony DeCurtis.

Mellencamp is a member of the Rock and Roll and Songwriters Halls of Fame, a recipient of the John Steinbeck Award, ASCAP Foundation’s Champion Award, The Woody Guthrie Award, the Americana Music Association’s Lifetime Achievement Award and, most recently, the Founders Award – the top honor assigned by the American Society of Composers, Authors and Publishers.