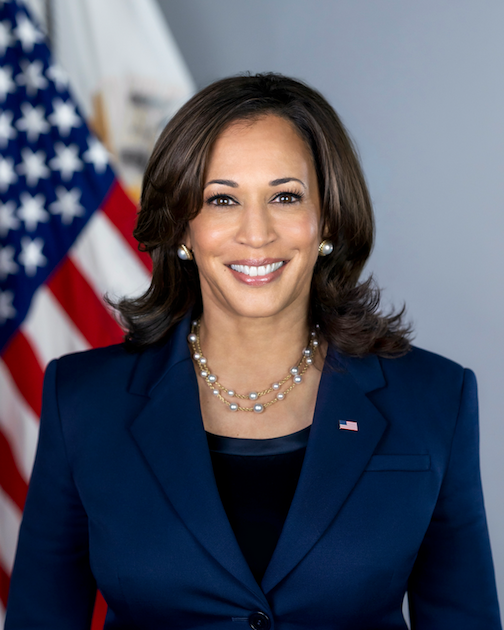 Vice president will speak on the Inflation Reduction Act; UB is well-positioned to help achieve the goals of the landmark law

When Vice President Kamala Harris visits the University at Buffalo today to provide remarks about the Inflation Reduction Act, she’ll do so at a university and in a region poised to capitalize on the landmark legislation. A major thrust of the new bill is its commitment to addressing global warming.

During her visit, Harris will participate in a clean energy and sustainability tour at the GRoW Clean Energy Center on North Campus. Following the tour, the vice president will speak at an Inflation Reduction Act Climate Event in UB’s Center for the Arts at 2 p.m.

The university community is invited to view the vice president’s remarks via livestream at www.buffalo.edu/vp-kamala-harris. The event will also be streamed on the video screen in One World Café on UB’s North Campus.

For years, UB, a flagship of the State University of New York, has made strategic investments by hiring world-class scholars, building state-of-the-art facilities and creating interdisciplinary research programs that have uniquely positioned UB as a national leader for developing solutions to the many facets of climate change.

“We are deeply honored to host Vice President Kamala Harris at the University at Buffalo and have the opportunity to showcase the impactful ways that we are harnessing UB’s tripartite mission of research, education and engagement to mitigate the detrimental effects of climate change by developing innovative solutions for a sustainable world,” UB President Satish K. Tripathi said. The full statement is available on this webpage.

On Wednesday, Tripathi will provide welcoming remarks before Harris’ address. Additionally, Harris will be introduced by Srikrithi “Sri” Krishnan (first name pronounced “Shree”), who this May received bachelor’s degrees in public health and psychology from UB. Krishnan, who grew up in Williamsville, is now a graduate student enrolled in UB’s MBA/MPH (masters of public health) program.

UB efforts to address climate change include establishing in 2014 the UB RENEW Institute, which includes some of the world’s foremost experts on sea level rise, materials scientists who are developing technologies to dramatically reduce carbon emissions from buildings, vehicles and other sources, and environmental scientists who are devising new strategies to monitor how air and water pollution affect the health of humans and wildlife.

Their efforts are aided by cutting-edge laboratories such as UB’s supercomputing facility, the Center for Computational Research, and planned investments including a new $102 million building to house UB’s growing engineering programs.

UB’s work to address global warming go beyond the sciences, with faculty researchers deeply engaged in the community, helping the Buffalo Niagara Region transition from its industrial heyday to a more knowledge-based economy centered on advanced manufacturing, entrepreneurship and environmental justice.

These efforts were recently rewarded with a $25 million federal investment, as part of the White House’s “Build Back Better Challenge,” to help grow the region’s tech sector, especially on the east side of Buffalo.

UB is also a global leader in higher education when it comes to climate action. The university was ranked No. 1 in the world in addressing the United Nations Sustainable Development Goal (SDG) pertaining to climate action, according to the 2021 Times Higher Education Impact Rankings.

The university has also committed to achieving climate neutrality by 2030, a goal aided by solar arrays lining its north campus as well as the The GRoW Clean Energy Center, an ultra-efficient demonstration home designed by UB faculty and students that shows how UB is pushing the boundaries of innovation and design to combat climate change.

While it is believed that Vice President Harris is the first sitting vice president to visit UB, she is not the first high-ranking White House official to visit the university. Indeed, President Barack Obama visited the university in 2013 to promote efforts to improve college access and reduce student debt.

In 2019, Supreme Court Justice Ruth Bader Ginsburg visited UB to receive an honorary degree and discuss her career in law. The year before that, then-former Vice President Joe Biden appeared at UB as part of the university’s Distinguished Speakers Series. And in 2006, His Holiness the 14th Dalai Lama made a historic three-day visit to UB.

“As Vice President Harris’ visit to UB coincides with the beginning of our academic year, it will surely generate a great deal of positive energy during an already exciting time on campus,” Tripathi said.