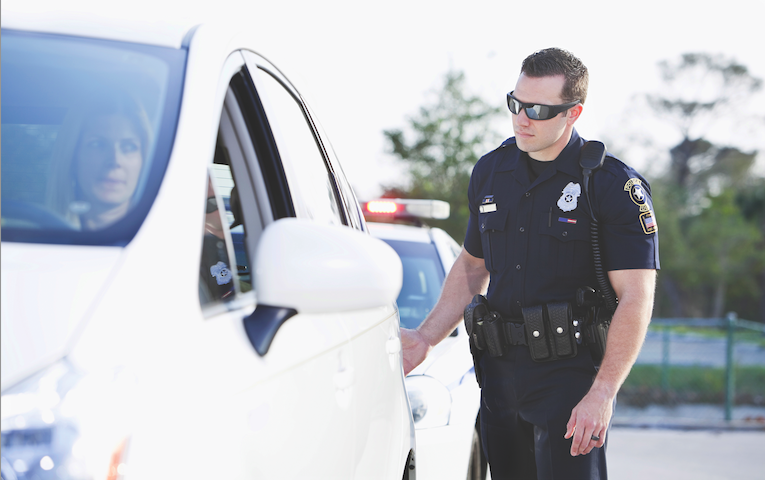 According to research from the AAA Foundation for Traffic Safety, more people are now killed on the nation’s city streets than on rural roads, with speed playing a critical factor.

“Many urban streets in metropolitan areas are busier, with a mix of road users such as drivers, pedestrians and bicyclists,” said Dr. David Yang, executive director of the AAA Foundation for Traffic Safety. “Add in speed, and these locations grow more dangerous. When navigating urban streets, every user needs to be careful, pay attention to road conditions and follow traffic laws.”

This recent change is notable because, according to Federal Highway Administration statistics, more than 70% of the 4 million miles of public-access roads in the United States are rural. Yet while speeding occurs on all roads, urban roads and streets account for a disproportionate number of speeding-related fatalities. The AAA Foundation study examines characteristics of deaths that happened on urban non-limited access roadways (not freeways, expressways or interstates) from 2010 to 2019. 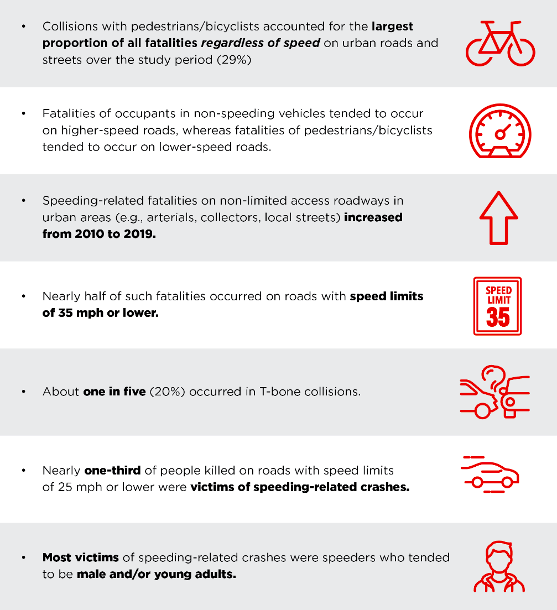 Details of the foundation research can be found here, but key highlights include:

√ Why It’s Important: According to new NHTSA estimates, 9,560 people died in motor vehicle traffic crashes in the first quarter of 2022, a 7% increase compared to last year. It is the highest number of first-quarter fatalities since 2002. NHTSA says 42,915 people died in traffic crashes last year, with speed-related crash fatalities rising by 5%. This research provides insights needed to inform the development of solutions to address the persistent speeding problem. It is important to understand the characteristics of both the roadways, the motorists and the crashes.

√ AAA urges transportation engineers and decision-makers to consider speed management and prioritize safety when setting speed limits. This is critical for urban roads and streets where vehicles and vulnerable road users mix. AAA strongly supports adopting The Safe System Approach (SSA) to roadway safety. The SSA uses current effective countermeasures to create multiple layers of protection for transportation network users, rather than responding only after evidence of a specific safety problem.

The foundation used data from the National Highway Traffic Safety Administration’s fatality analysis reporting system (FARS), a national census of fatal traffic crashes. Fatalities were considered speeding-related if any vehicle involved in the crash was reported to have exceeded the posted speed limit, drove too fast for conditions, or was racing.

About the AAA Foundation for Traffic Safety

Now celebrating its 75th anniversary, the Foundation for Traffic Safety was established in 1947 by AAA. The foundation is a nonprofit, publicly funded, 501(c)(3) charitable research and educational organization. The AAA Foundation’s mission is to prevent traffic deaths and injuries by researching their causes and by educating the public about strategies to prevent crashes and reduce injuries when they do occur. This research develops educational materials for drivers, pedestrians, bicyclists and other road users.

Started in 1902 by automotive enthusiasts who wanted to chart a path for better roads in America and advocate for safe mobility, AAA has transformed into one of North America’s largest membership organizations. Today, AAA provides roadside assistance, travel, discounts and financial and insurance services to enhance the life journey of 63 million members across North America, including 56 million in the United States. To learn more about all AAA offers or become a member, visit www.AAA.com.