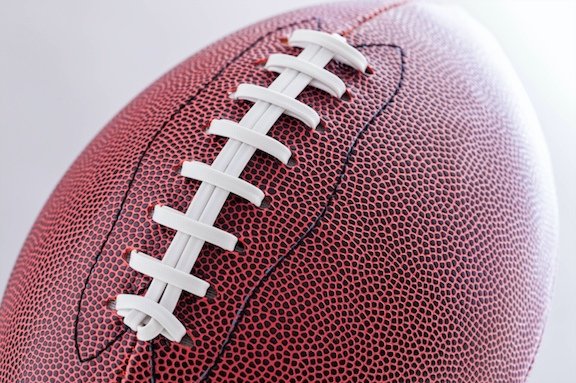 Prime Video announced “TNF with Storm & Kremer” – featuring Hannah Storm and Andrea Kremer – will be among its featured alternate streams during the upcoming season of “Thursday Night Football.”

Storm and Kremer, who have worked together on Prime Video broadcasts over the past four seasons – and became the first and only all-woman broadcast booth in the NFL – will partner once again, but in an all-new capacity. Their 2022 alternate stream will differ from the duo’s previous work on Prime Video, as they will delve deeper into storytelling and take viewers inside the matchup and league from a whole new perspective. The stream will feature live interviews with players and league insiders, behind-the-scenes stories from their decades covering the league, and much more from their unique perspectives.

“Fans have been delighted by the coverage provided by Hannah and Andrea the last several years on ‘Thursday Night Football,’ and we are thrilled they are back to offer a new option to delve more deeply into the individuals in and around the game,” said Marie Donoghue, VP, global sports video, Amazon.

Kremer said, “I’m incredibly proud of the path Hannah and I have paved in our four years broadcasting games for Prime Video. Providing fans with truly unique insights into the game has always been our focus, and I’m excited to contribute to a new stream that will highlight our interviewing prowess and extensive knowledge of the NFL.”

Storm said, “Great to be back, with a new twist, for our fifth consecutive season with Prime Video. Andrea and I look forward to continuing to make the most of being the first all-woman booth to call NFL games, and showcase our own unique approach and style. Now we get to do it with some of our best friends, and some of the best minds in the game!”

Storm is an award-winning journalist, producer and director. She originally joined ESPN in 2008 and currently serves as an ESPN “SportsCenter” anchor and host of the Rose Parade on ABC. She has also previously hosted and executive produced ESPN’s prime-time interview specials “InFocus with Hannah Storm” and “Face to Face with Hannah Storm.” Prior to ESPN, Storm had successful TV stints at CBS (as host of “The Early Show”), CNN and NBC Sports. Her company, Brainstormin,’ has produced documentaries for a variety of networks, including the series “Grails,” coming this fall to Hulu.

Kremer is one of the most accomplished and widely respected journalists in the industry today. In 2018, she was honored by the Pro Football Hall of Fame as the recipient of the Pete Rozelle Radio-Television Award, which recognizes “long-time exceptional contributions to radio and television in professional football.” A multiple Emmy- and Peabody Award-recipient, Kremer is currently chief correspondent for NFL Network, a correspondent for HBO “Real Sports,” and co-host of “We Need to Talk” on CBS. Her distinguished career includes covering more than 25 Super Bowls, multiple NBA Finals, Olympic games, Stanley Cup Finals, and Major League Baseball Championship Series.

Kicking off Sept. 15, Prime Video will become the first streaming service to air a season-long exclusive national broadcast package with the NFL. The 11-year deal includes 15 regular-season games and one preseason game per year, with Prime Video also delivering new pregame, halftime and postgame shows, as well as fan-favorite interactive features like “X-Ray” and “Next Gen Stats powered by AWS.” Viewers can stream from the web at amazon.com or by using the Prime Video app, which is available on smartphones, tablets, set-top boxes, game consoles, or connected TVs.

Each “Thursday Night Football” game will also stream live on Twitch and will be available on over-the-air TV stations in the two home markets of the competing teams, as well as on smartphones and tablets on NFL+. The games will also stream in Spanish on Prime Video on the “TNF en Español” alternate stream.

“TNF” games include a week 13 (Dec. 1) matchup of the Buffalo Bills at the New England Patriots.