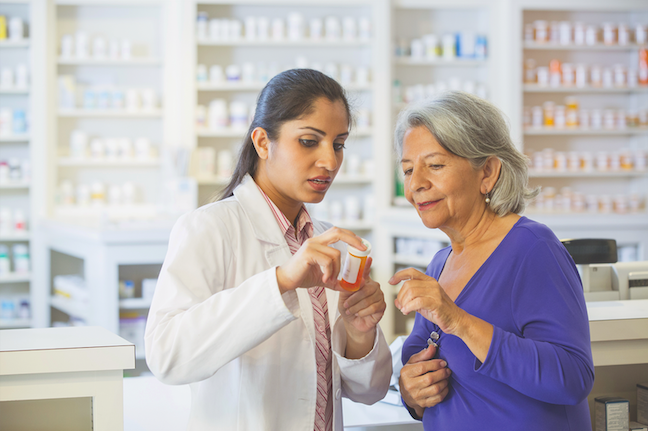 “Over 34 million people in the United States live with diabetes, and nearly a quarter of them rely on insulin, but compared to other developed countries, they are paying up to 10 times the cost for this lifesaving drug,” Higgins said. “This is particularly challenging for older adults living on fixed incomes. This key provision included in the Inflation Reduction Act will ensure that Medicare beneficiaries, particularly seniors, have access to affordable insulin. It will save lives and improve health outcomes for people living with diabetes, eliminating the need to choose between purchasing costly prescription and affording other basic needs.”

Higgins’ team said, “In the United States, the cost of insulin has increased astronomically during the last decade. From 2014 to 2019, the average retail price of insulin rose by 54%. In fact, a recent study conducted by JAMA found that, in 2017, out-of-pocket costs averaged $64 per month among all insulin users. As a result of these rising prices, one in four Americans who rely on insulin have cut back or skipped doses.

“Our primary care teams work diligently to help our patients control their diabetes and other chronic medical conditions. There is nothing more frustrating than knowing that a medication that will help our patients live a longer and healthier life is unaffordable,” said Dr. Ellen Rich, medical director of ECMC's Internal Medicine Center. "This leaves these patients at risk of the worst outcomes associated with their medical conditions. I am hopeful that this legislation will help my team care for our patients and focus on their health rather than barriers to their care.”

Higgins’ team said, “The Inflation Reduction Act, supported by Congressman Higgins, includes historic prescription drug savings for Western New Yorkers enrolled in Medicare. It will empower Medicare to negotiate prices on certain drugs for the first time, include a $2,000 cap on annual out-of-pocket on prescription drug costs, and cap insulin costs at $35 per month. This will have a significant impact on seniors, and provide relief to nearly 1.7 million insulin users across the United States.”

“The American Diabetes Association has been leading efforts to cap insulin co-pays, and applauds the $35 cap that was signed into law. This cap will apply to Medicare enrollees, providing critical relief for seniors who depend on insulin to preserve their health and life,” stated Dr. Ajay Chaudhuri, co-chair of the American Diabetes Association’s community leadership board. “And while we continue to work to improve affordability for others who rely on insulin to survive, this is an historic step forward.”

AARP New York Executive Council member Ann Monroe said, "For 20 years, Medicare has been legally prohibited from negotiating for lower drug prices, and the pharmaceutical industry has been fighting to keep that prohibition in place to protect their profits. We can't overstate what a monumental improvement this prescription drug package will be for older Americans struggling to afford their medications. AARP thanks Rep. Higgins for standing up to the big drug companies and voting to lower drug prices for seniors."

Higgins’ team said, “According to the House of Representatives Committee on Oversight and Reform, if the Inflation Reduction Act’s $35 insulin co-pay cap had been in effect in 2020, Medicare beneficiaries in NY-26 enrolled in a standard Medicare drug plan who used Novolog – one of the most commonly prescribed rapid-acting insulins – could have saved $1,436 per year.”

“Diabetes is a leading cause of kidney failure,” said Jeremy Morlock, director of the Kidney Foundation of Western New York. “Limiting insulin costs will help Medicare beneficiaries with diabetes to better manage their blood sugar levels and slow the progression of kidney disease. This legislation is an important step in protecting the health of vulnerable members of our community."

Higgins’s team said he “has long-supported efforts to reduce the cost of life-saving drugs and prevent drug manufacturers from price-gouging vulnerable members of the Western New York community. In March, he joined House colleagues in passing the Affordable Insulin Now Act, which sought to cap cost sharing under the Medicare Prescription Drug Benefit for insulin products at $35 in 2023, regardless of whether the beneficiary had reached their annual out-of-pocket spending threshold.”