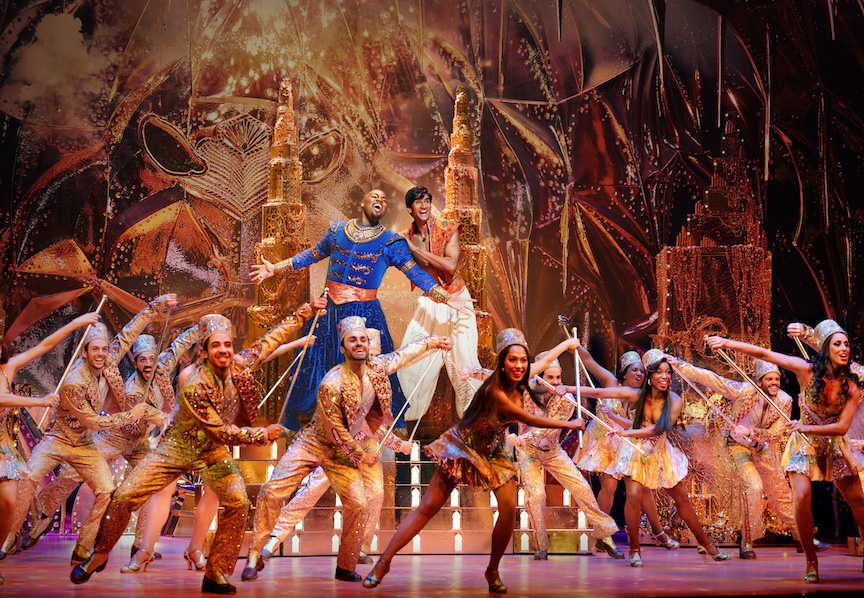 Disney Theatrical Productions, under the direction of Thomas Schumacher, and Shea’s Performing Arts Center announced tickets for the long-awaited engagement of “Disney’s Aladdin” will go on sale to the public at 10 a.m. Friday, Aug. 12. The hit Broadway musical will begin performances at Shea’s Buffalo Theatre on Tuesday, Nov. 22, for a limited engagement through Sunday, Nov. 27.

A press release noted, “Ticket buyers are reminded that Shea’s and Ticketmaster are the only official retail ticket outlets for all performances at Shea’s Buffalo Theatre. Ticket buyers who purchase tickets from a ticket broker or any third party should be aware that Shea’s Buffalo Theatre is unable to reprint or replace lost or stolen tickets and is unable to contact patrons with information regarding time changes or other pertinent updates regarding the performance.”

“Aladdin,” the hit musical based on the Academy Award-winning animated film, opened on Broadway at the New Amsterdam Theatre to critical acclaim on March 20, 2014, and quickly established itself as one of the biggest new blockbusters in recent years, breaking 14 New Amsterdam Theatre house records. Worldwide, it has welcomed more than 14 million people, and can be seen currently on Broadway, in Tokyo, the Netherlands, Mexico City, and Stuttgart.

“Aladdin,” adapted from the animated Disney film and centuries-old folktales including “One Thousand and One Nights,” is brought to fresh theatrical life in this bold new musical. “Aladdin’s” journey sweeps audiences into an exotic world of daring adventure, classic comedy, and timeless romance. This new production features a full score, including the five songs from the Academy Award-winning soundtrack, and more written especially for the stage.

The animated film “Aladdin” was released by Disney in 1992 and was a critical and box office smash, becoming the highest-grossing film of the year.

The film won the Oscar for Best Original Score and introduced the hit song “A Whole New World,” which won the second of the film’s two Academy Awards as Best Original Song. The Peabo Bryson/Regina Belle recording of the tune soared to No. 1 on the Billboard Hot 100 chart.