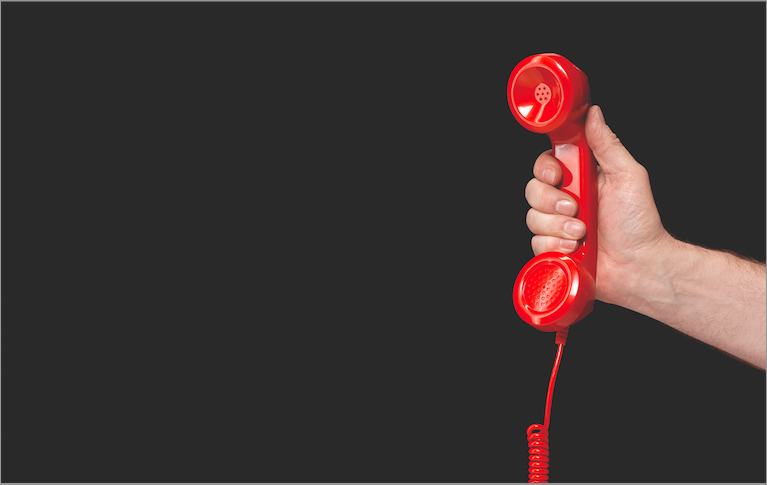 New York Attorney General Letitia James is taking action to crack down on rampant robocalls and protect consumers nationwide. She joined a coalition of 50 attorneys general to form a nationwide, bipartisan Anti-Robocall Litigation Taskforce to investigate and take legal action against telecommunications companies responsible for enabling a majority of foreign robocalls into the U.S. The taskforce will work to cut down on illegal robocalls made to consumers nationwide.

“Robocalls are more than just a nuisance, they are used to scam seniors and defraud consumers,” James said. “Across the country, phones are ringing off the hook with robocalls that sound legitimate but are actually a fraud. New Yorkers should not have to worry about being scammed whenever they answer their phone. I am proud to join this coalition to dial up our efforts to block these unwanted calls and protect consumers nationwide.”

According to the National Consumer Law Center and Electronic Privacy Information Center, over 33 million scam robocalls target Americans every day. These scam calls include Social Security Administration fraud against seniors, Amazon scams against consumers, and many other scams often targeting vulnerable groups. These calls typically involve scammers falsely impersonating government agencies or well-known companies to deceive recipients. An estimated $29.8 billion dollars was stolen through scam calls in 2021. Most of this scam robocall traffic originates overseas. The task force is focused on shutting down the providers that profit from this illegal scam traffic and refuse to take steps to otherwise mitigate these scam calls.

The task force has issued 20 civil investigative demands to 20 gateway providers and other entities that are allegedly responsible for a majority of foreign robocall traffic. Gateway providers that bring foreign traffic into the U.S. telephone network have a responsibility to ensure the traffic is legal, but these providers are not taking sufficient action to stop robocall traffic. In many cases, they appear to be intentionally turning a blind eye in return for steady revenue. The task force will focus on the bad actors throughout the telecommunications industry to reduce the flow of illegal robocalls to New Yorkers.

These action builds on the attorney general’s commitment to end illegal and unwanted calls. In 2021, James co-led a bipartisan coalition of 47 attorneys general in urging Congress to pass the Fraud and Scam Reduction Act, which included provisions addressing robocalls.

The attorney general offers the following tips to avoid scams and unwanted calls:

√ Be wary of callers who specifically ask you to pay by gift card, wire transfer, or cryptocurrency. For example, the Internal Revenue Service does not accept iTunes gift cards.

√ Look out for prerecorded calls from imposters posing as government agencies. Typically, the √ Social Security Administration does not make phone calls to individuals.

√ If you suspect fraudulent activity, immediately hang up and do not provide any personal information.

To report a scam, file an online complaint with the Office of the Attorney General’s (OAG) Bureau of Consumer Frauds.

James urged the U.S. Department of Transportation to take action to address widespread airline cancelations and delays, which have disrupted travel plans for millions of consumers nationwide. During the first half of 2022, 2.8% of flights were canceled, a 33% increase from the same time in 2019. New York City-area airports have had the highest summer cancelation rates in the country, with Newark Liberty International ranking first in cancelations, LaGuardia ranking second, and JFK International ranking ninth. Airlines appear to be advertising and booking flights they do not have the personnel to operate, which has caused delays and forced consumers to incur additional travel costs.

In a letter to U.S. Transportation Secretary Pete Buttigieg, James calls on the Federal Aviation Administration (FAA) to implement more stringent measures to keep airlines in line and remedy any harm to consumers.

“Airlines knowingly advertising and booking flights they do not have the adequate staff to operate are flying in the face of the law,” James said. “Travelers are forced to miss important events, pay more, or change their entire travel plan because airlines are failing at their most basic function. The skyrocketing number of flight cancelations and delays in airports across the country is unacceptable, and travelers have endured too much confusion and frustration. I urge the U.S. Department of Transportation to increase its oversight and regulation of airlines that are skirting the rules and causing disruptions for travelers.”

The Office of the Attorney General has received numerous complaints from New York consumers who suffered cancelations from various airlines, including passengers who were offered rescheduled flights as late as five days after their canceled flights.

One couple whose flight was canceled was left with no choice but to drive from Buffalo to Newark so that they could still make their connecting international flight. A mother from Rochester who was visiting Florida with her two young children had her flight canceled then rescheduled to the following day only for that flight to be canceled, as well. The family was stranded in the airport, having already checked their children’s car seats with the airline, and needed to return home due to their infant’s specialized dietary needs. The family had little choice except to book flights on another airline, spending more than $1,100 to do so – for which they were not compensated.

James’ letter explains that airlines have engaged in a practice of selling tickets while knowing that there is an unacceptably high risk they do not have the adequate personnel to provide all the flights they have advertised and booked. The airlines then keep the money paid by the passengers for the originally reserved flights as if the airlines had provided the services they promised.

The DOT, which oversees the FAA, has extensive powers to regulate airlines and improve their practices. In her letter, the attorney general provides recommendations to the FAA to prevent cancelations and delays, including requiring airlines to:

√ Advertise and sell only as many flights as they have adequate personnel to fly and support;

√ Provide full or partial refunds when flights are canceled or rescheduled; and,

√ Provide passengers additional payments to compensate them for the additional costs they incur when dealing with flight delays and cancelations, including payments for hotel stays, taxi fares, car rentals and gasoline.

This letter is the latest action James has taken to push the federal government to improve airline service and protect the rights of airline passengers. In September 2021, the attorney general urged Secretary Buttigieg and FAA Administrator Stephen Dickson to take action to end airline “slot-squatting,” a practice where airlines occupy flight slots at airports but underutilize them, holding on to slots simply to prevent them from being used by their competitors. In her Sept. 21 letter, James urged FAA to adopt a use-it-or-lose-it policy that would prevent the slot-squatting practice and, instead, allocate slots to airlines that would best use the slots to provide service to passengers.