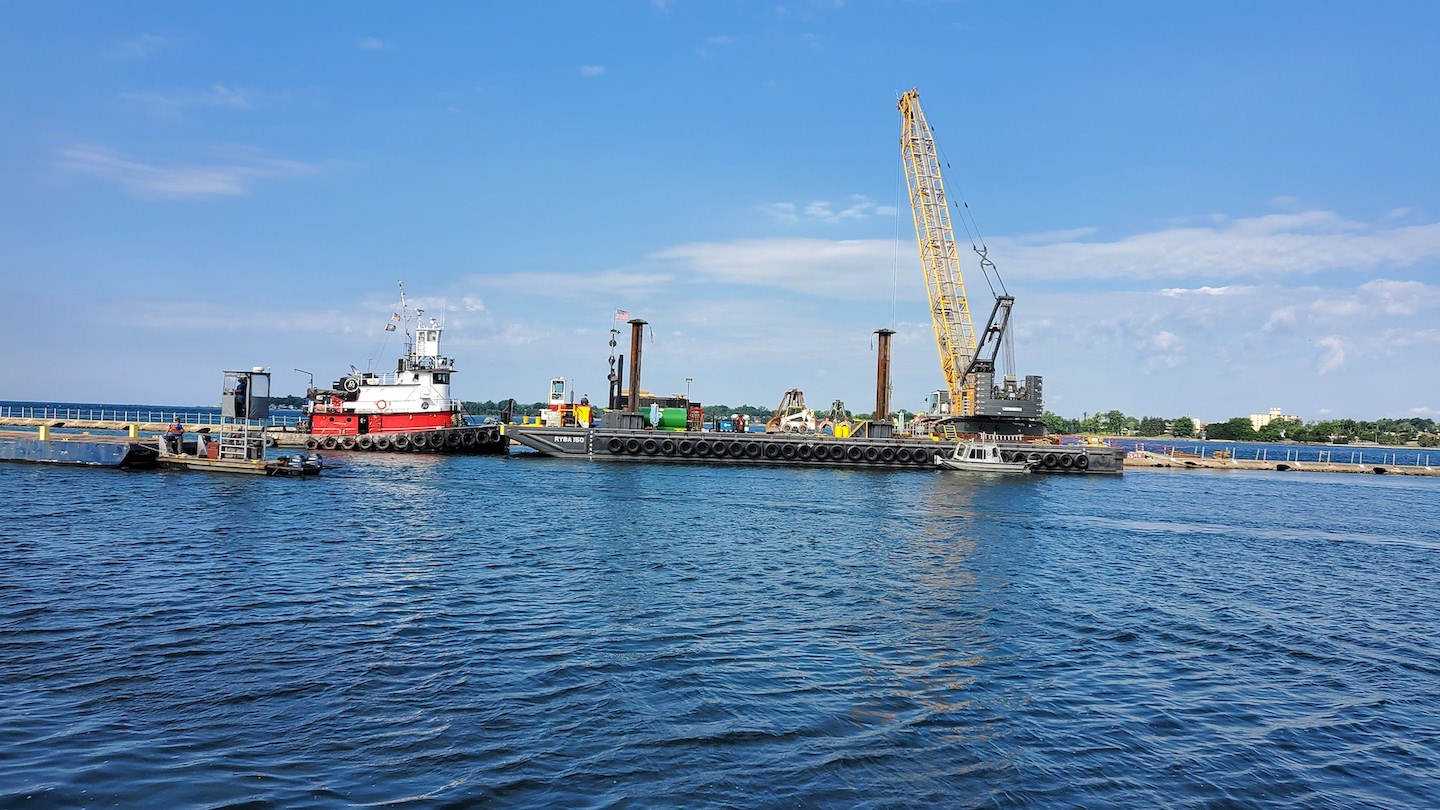 City of Buffalo Commissioner of Public Works, Parks & Streets Michael J. Finn, P.E., announced work to repair a section of the Bird Island pier, south of the Peace Bridge, is in full swing.

The $690,000 repair effort will reposition 29 massive concrete blocks that were slammed by the “Halloween storm” of 2019. During that intense storm-caused seiche, Lake Erie water levels rose 10.65 feet, the fourth-highest recorded rise.

An 8-foot rise is considered flood stage, and the 2019 storm pushed water levels another 2 1⁄2 feet above that benchmark.

The force of the water washed 10 of the blocks – which weigh between 10 and 15 tons – off their foundations, and nine others became misaligned.

The repositioning work, 85% of which is being paid for by the Federal Emergency Management Administration, began July 11 and is slated to wrap up in mid-September. 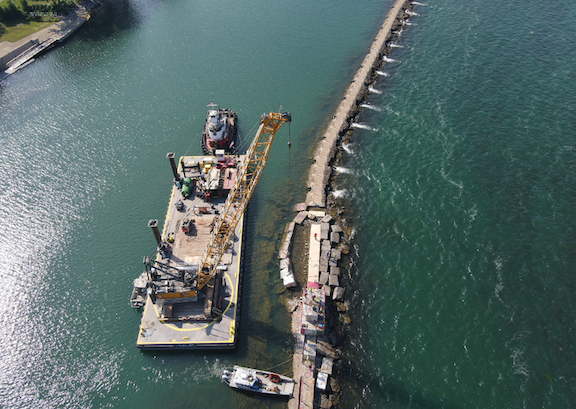