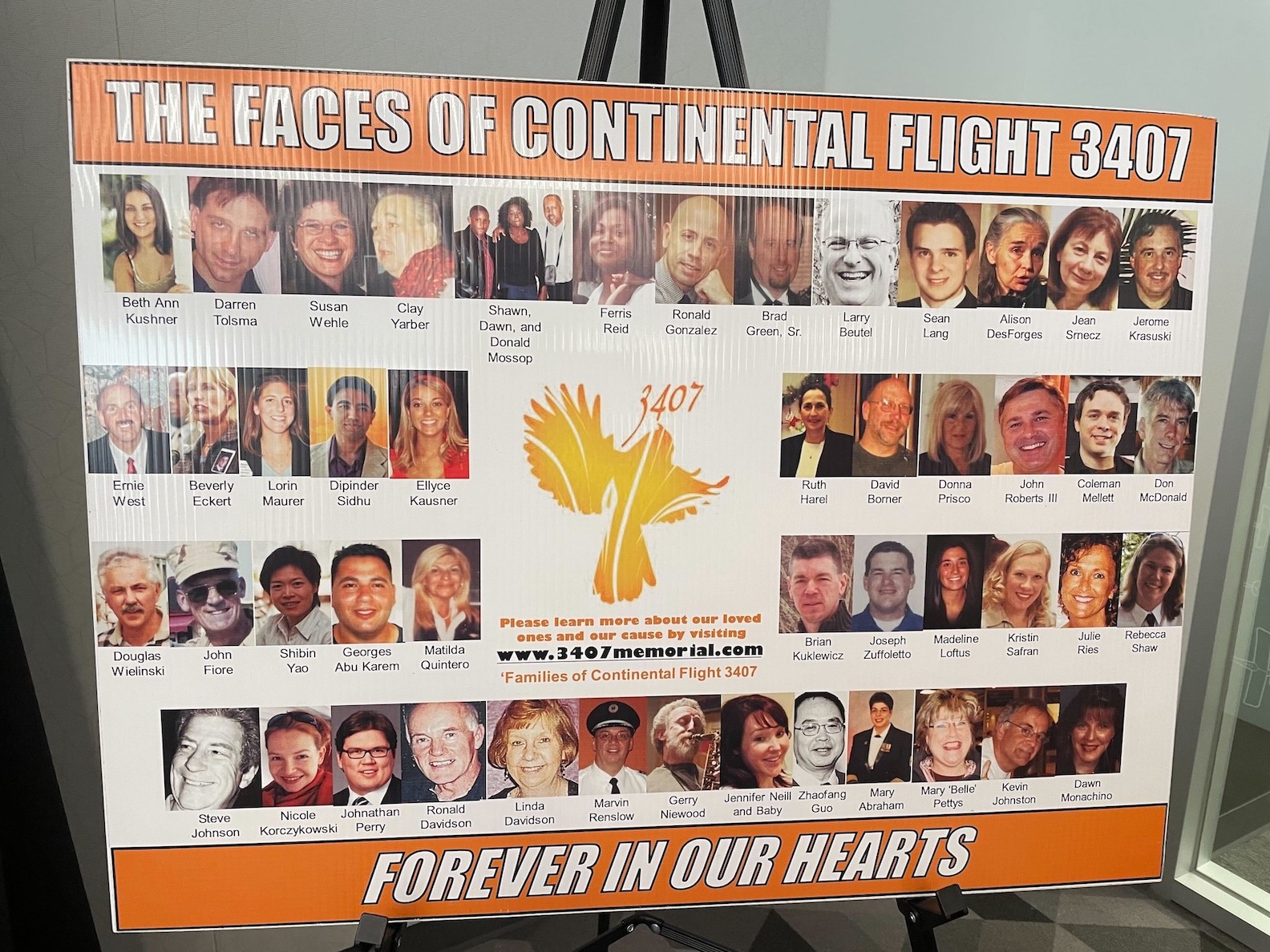 Images courtesy of the Office of Congressman Brian Higgins

Congressman Brian Higgins on Monday joined the families of Flight 3407 for events in Washington, D.C., marking the 12th anniversary of President Barack Obama signing the Airline Safety and Federal Aviation Administration Act of 2010. Higgins and the families met with House of Representatives Transportation Committee and Aviation Subcommittee staff members, and participated in a special plaque dedication at Federal Aviation Administration (FAA) headquarters.

“Through their own incredible pain, the families of Flight 3407 have delivered a priceless gift of safety to those who step on an airplane today,” Higgins said. “We are inspired by their strength and perseverance, and forever grateful for their advocacy.”

The plaque placed at FAA headquarters memorializes those who lost their lives in the crash of Flight 3407, and honors the advocacy of the Flight 3407 families following the tragedy. 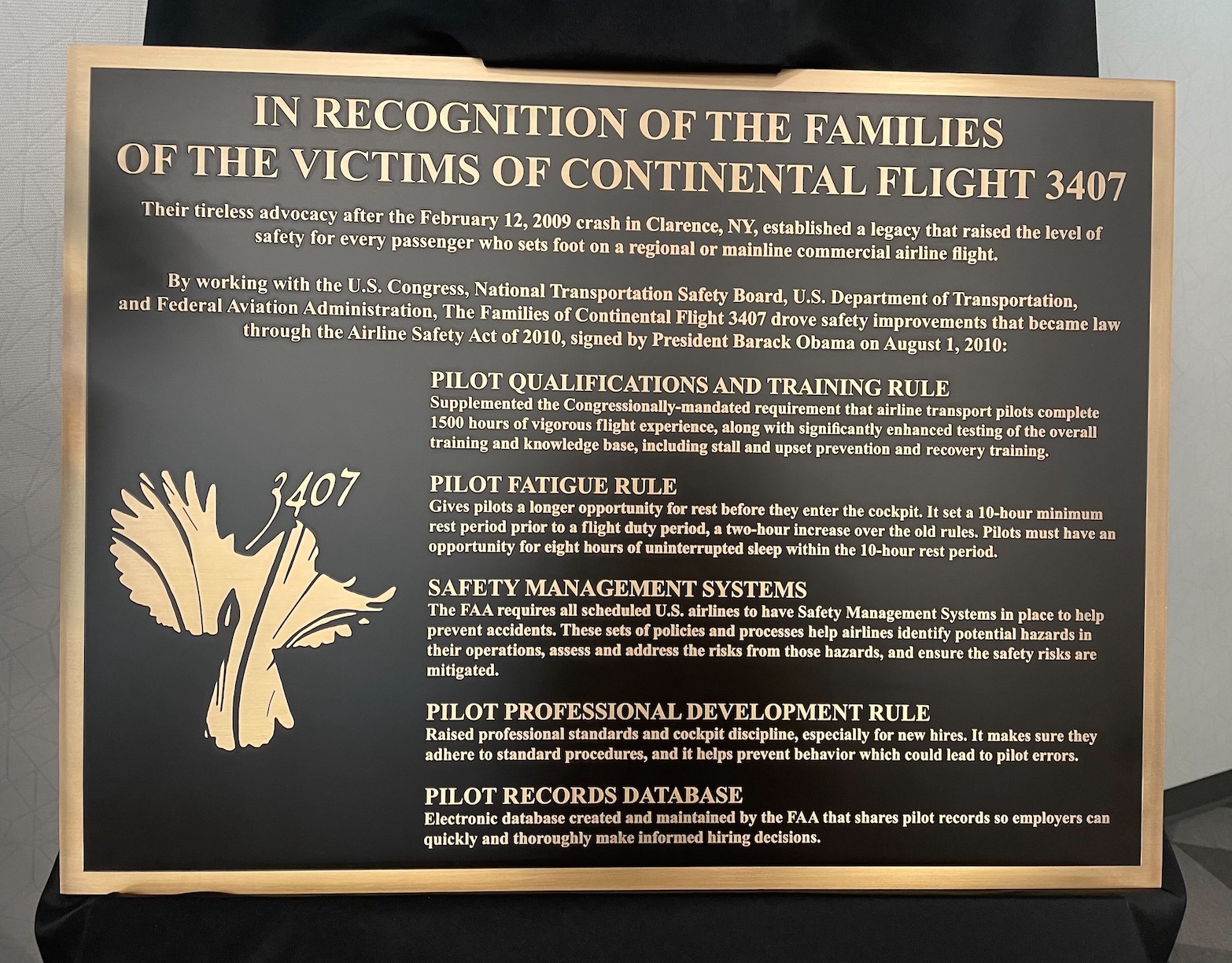 Images courtesy of the Office of Congressman Brian Higgins

Also joining the congressman and the families at the FAA’s Orville Wright Federal Building were Acting FAA Administrator Billy Nolen, “Miracle on the Hudson” pilots Chesley “Sully” Sullenberger and Jeff Skiles, as well as FAA and National Transportation Safety Board (NTSB) staff.

While in Washington, the families also met with congressional leaders to urge protection of the flight safety measures achieved. Both the families and Higgins recently objected to a recent request by Republic Airlines to “circumvent pilot training requirements implemented under the law.”

On Feb. 12, 2009, Colgan Air Flight 3407 crashed in Clarence, killing all on board, and one person on the ground. The NTSB investigation highlighted safety concerns and made several recommendations.