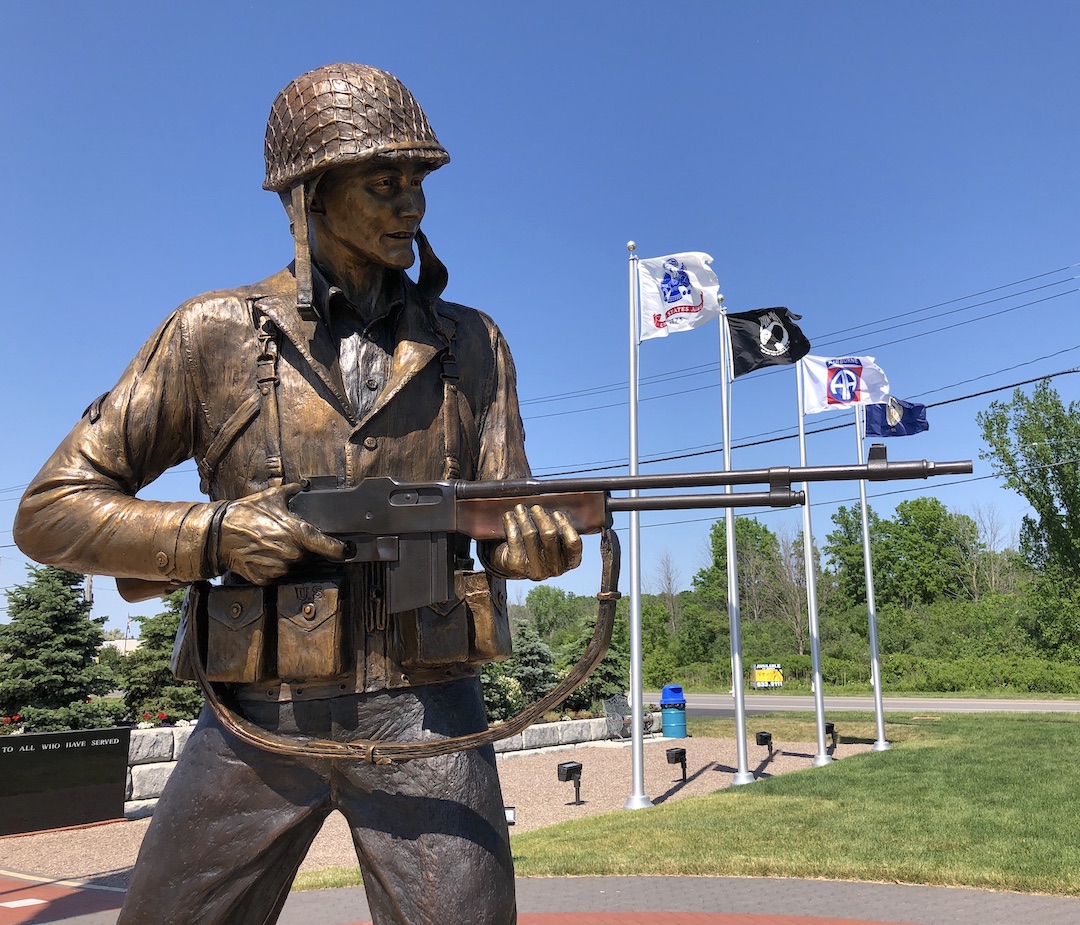 Since the Pfc. Charles N. DeGlopper Memorial site was dedicated last summer, visitors have come to admire the life-sized statue of the World War II hero from Grand Island, and the plaques of Islanders killed in action while serving our country.

Seeing visitors admire all Grand Island residents who have or are proudly serving the United States as a member of the Armed Forces has been a goal of the committee, which continues its important fund-raising efforts.

While the project may appear to be complete, the committee is still in need of funds and major donations to close a loan it took for the completion of the statue. In addition, members would like to install a walkway in the areas that are now pea gravel in front of the memorial walls where Island veterans have their names engraved. A walkway would make the entire memorial handicapped-accessible.

The committee is selling a variety of signatory bricks or granite pavers to help with its fundraising efforts, but they are hoping someone, or a company or organization would step forward with a donation or in-kind donations of materials and labor to assist project manager Dan Drexelius install a suitable walkway.

Also, on the committee’s wish list for the memorial site, at the corner of Baseline Road and Grand Island Boulevard, is polished granite monuments of the Purple Heart; and taps, which includes the words and history of the song.

“This memorial has become the jewel of Grand Island,” Drexelius explained. “It took five years of dedicated service by so many volunteer members of our committee, and donations from so many Grand Island residents, organizations and companies for us to dedicate the memorial. Unfortunately, COVID has caused so many delays and, while it may look complete, it isn’t – and that is why we continue to need financial support.”

“Words cannot express our genuine thanks to everyone who has helped with this project or are considering helping us now,” he added.

DeGlopper was a U.S. Army soldier who posthumously received the Medal of Honor, the highest award given by the U.S. military. He gave his life, while saving his troop, in the Battle of Normandy, during WWII.