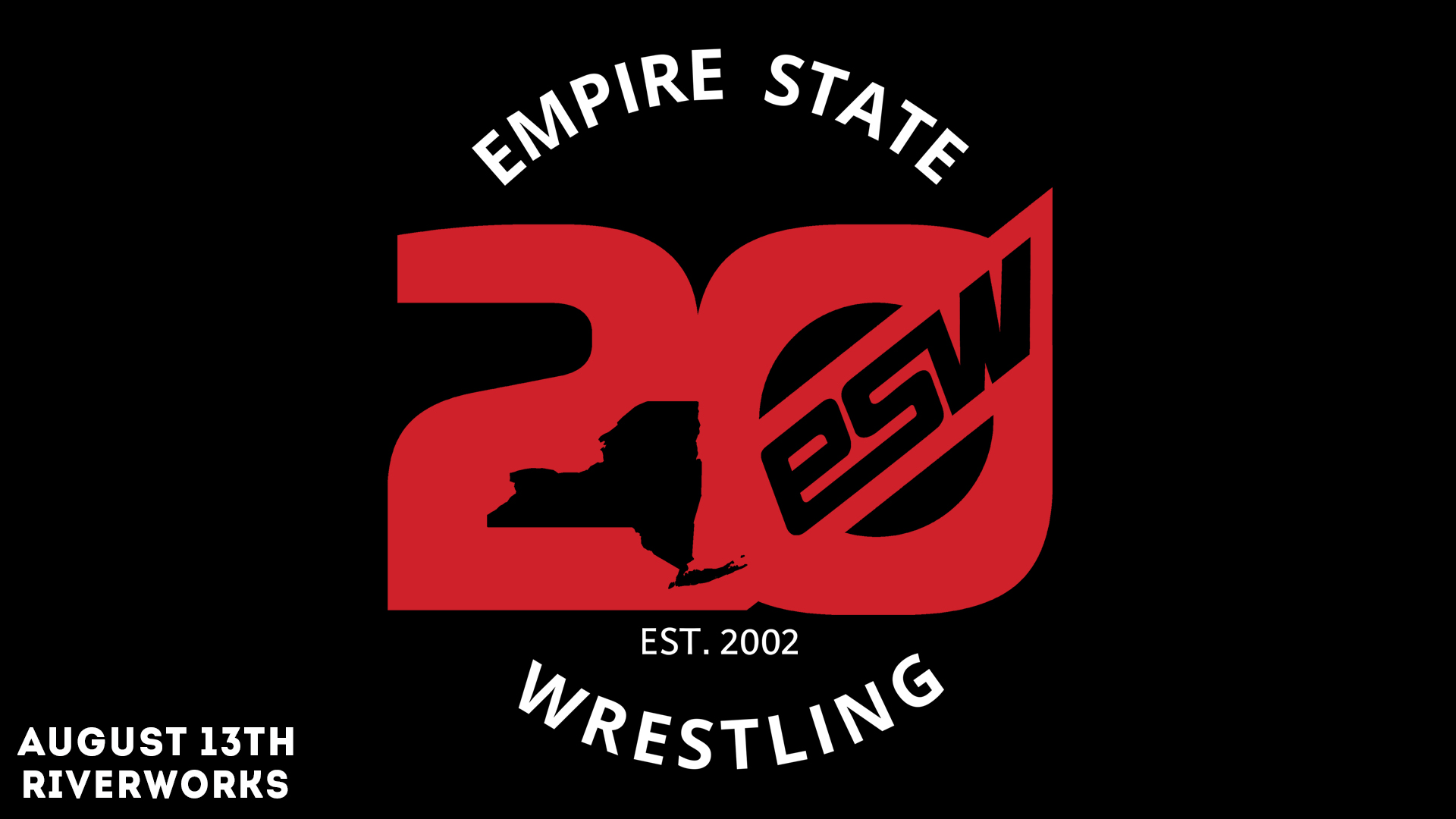 Over the past two decades, Empire State Wrestling grew from its humble roots running at various halls in the Niagara Falls area to blossoming into Western New York's premier independent wrestling promotion. It is only appropriate, then, that Empire State Wrestling (ESW) commemorates its 20th anniversary on Saturday, Aug. 13, by holding a milestone event at Buffalo RiverWorks – one of downtown Buffalo's premier entertainment destinations.

This special event, simply called "20,” will feature some of the top independent wrestlers from around the U.S., as well as Western New York's top locally based talent.

The matches announced for "20" so far include:

All cards are subject to change. Connect with ESW's social media outlets for further match updates.

Doors open at 5 p.m. The opening bell is set for 7 p.m. Tickets are available for purchase at www.ESWTix.com.

Founded in 2002, ESW is run by Stymus. Over half of ESW’s performers reside in the Western New York area. ESW runs regular shows throughout the year that draw several hundred fans, with some events being attended by up to 1,000 people.