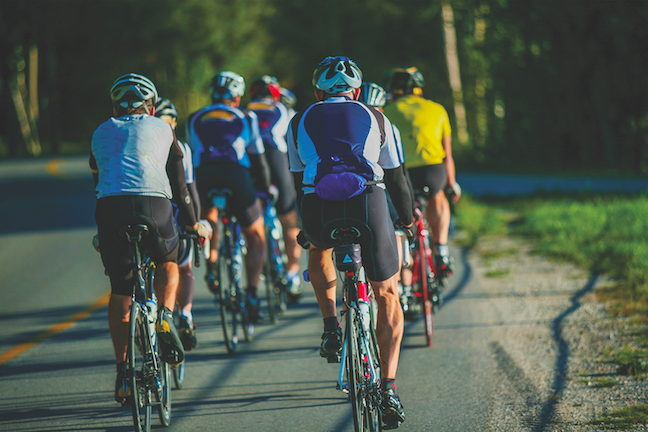 Gov. Kathy Hochul recently signed legislation (S.1078B/A.5084A) that requires new drivers to learn about pedestrian and bicyclist safety awareness as a component of the prelicensing exam and as a prerequisite for obtaining a license to operate a motor vehicle.

"My top priority as governor is to keep New Yorkers safe, and it is common sense to make pedestrian and bike safety education mandatory for drivers," Hochul said. "This law will help prevent crashes and save lives, and I thank my partners in the Assembly and Senate for passing this legislation to make our streets safer."

Legislation S.1078B/A.5084A adds curriculum to the prelicensing course that includes an overview of traffic laws governing motor vehicle operators' duty to exercise care with respect to pedestrians and bicyclists. This legislation also requires that pedestrian and bicyclist safety be added to the Department of Motor Vehicles instruction handbook.

Assembly member Emily Gallagher said, "Education is a critical component of building safer streets but, for too long, New York drivers could hit the road without learning basic skills to protect pedestrians and cyclists from deadly crashes.”

Bike New York President and CEO Ken Podziba said, "We're thrilled that Gov. Hochul is requiring that bicycle and pedestrian safety be added to the DMV curriculum. Bike New York has been fighting for this simple solution to happen for many years, because pedestrians and bicyclists are the most vulnerable road users and education helps save lives. We're all deeply concerned about the unaccepted increase in cyclists and pedestrians being killed by motor vehicles, and we can't thank the governor enough for her leadership in this critical battle against traffic violence."

Executive Director of GObike Buffalo Executive Director Justin Booth said, "This bill's passage through both houses and signature into law is the beginning of a major shift toward increased safety in our communities. The newest and least-experienced drivers in our state will now receive clear instruction about lawfully and safely sharing the road with cyclists and properly yielding to them and pedestrians, and they must prove they understand that instruction in order to get their license. Safe streets are our organization and coalition's goal, and this law will bring us closer to that goal."

Transportation Alternative Executive Director Danny Harris said, "It's vital that all new drivers know how to safely drive alongside pedestrians and people riding bikes. We thank Gov. Hochul, Sen. Gounardes, and Assembly member Gallagher for making this prelicensing course a requirement for all new drivers. This measure, along with additional Crash Victim Rights and Safety Act measures passed by the Legislature this year, will help make streets across New York safe."

Families for Safe Streets (part of the NYS Safe Streets Coalition) co-founder Amy Cohen said, "Our streets are not just for cars. By making instruction on pedestrian and bike safety a driver's license requirement, New York State can ensure all new drivers know how to share the road with others. At a time when traffic violence is surging across the state, the Crash Victim Rights and Safety Act is needed more than ever. This new driver's license requirement, along with further CVRSA measures passed by the Legislature, will prevent deadly crashes."