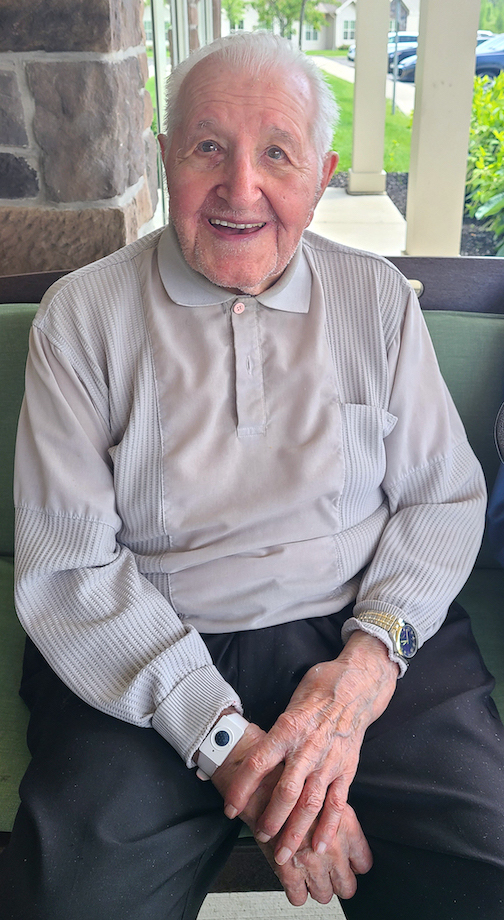 Moderation, prayer and “making the best of every situation” have carried Howard Biondi through more than a century of life. A resident of Wheatfield Commons, a DePaul Senior Living Community in North Tonawanda, Howard recently celebrated his 101st birthday – one of his proudest accomplishments!

Raised on the east side of Buffalo, Howard attended School No. 6 and Hutchinson Technical High School, dropping out of school as a junior to travel to California to fight forest fires with the Civilian Conservation Corps. Howard later worked in a butcher shop on South Division Street – the same street he grew up on.

In 1943, he was drafted into the Army during World War II. He served three years in New Guinea and the Philippines as a technician fourth grade, with the 496th Anti-Aircraft Artillery Gun Battalion. After returning home, Biondi worked for A&P for 30 years as meat manager, cutting meat for a small shop after he retired. He also took up golf and served as president of Grover Cleveland Golf Course.

Howard’s wife, Theresa Marinaccio – whom he knew since they were children – passed away in 1984 from breast cancer. The couple had three children together.

Howard refers to his home at Wheatfield Commons as “the country club,” because staff “cut no corners.”