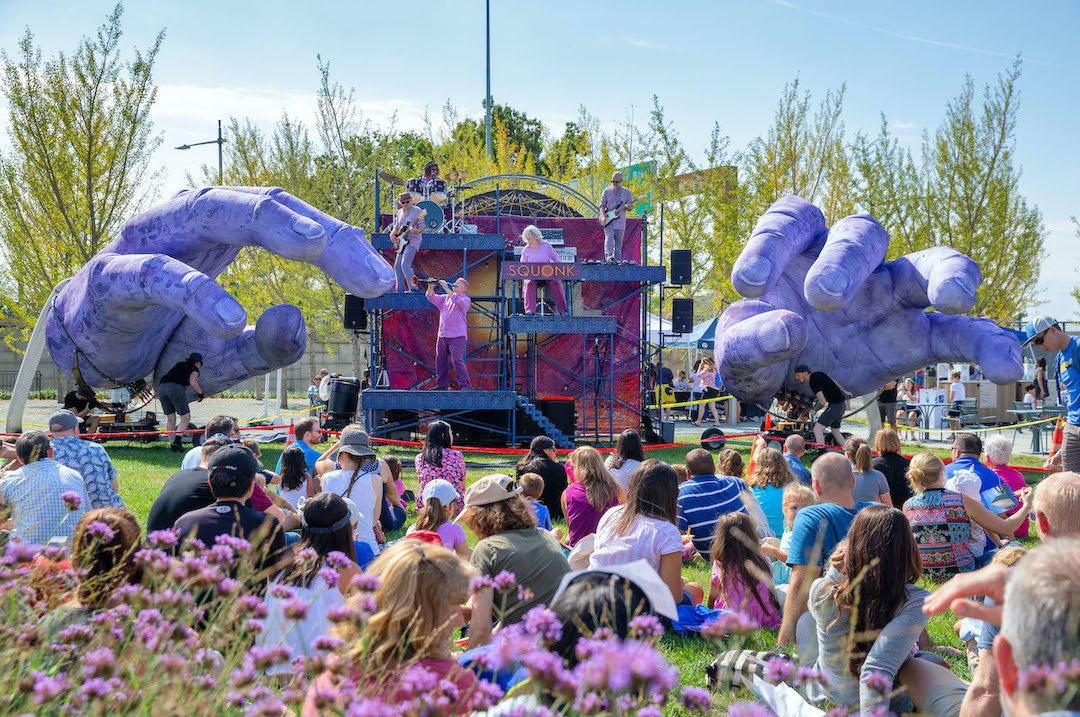 To celebrate its 30th anniversary, Squonk continues a multicity U.S. tour of its free outdoor spectacle “Hand to Hand,” as well as performances in its hometown of Pittsburgh.

Moreover, “ ‘Hand to Hand’ is a joyous, participatory event that brings audiences together for a humorous, uplifting visual extravaganza. Propelled by Squonk’s rollicking music, the show features two giant purple puppet hands, designed so the audience can grab the rigging and be part of the show.

“Amid the ongoing challenges of gathering during the pandemic, Squonk offers a safe way for audiences to experience the allure and thrill of community, uniting people in a public setting.”

Executive Director of Purdue Convocations Todd Wetzel said, “ ‘Hand to Hand’ combines surrealism, pop art, serious musical chops, theatrical invention and accessibility all at once. There’s something for everyone here, but it doesn’t drive down the middle of the road to accomplish that, and that’s flat out brilliant.”

“Hand to Hand” features two giant purple puppet hands, each the size of a house and rigged like a sailing ship. Squonk invites audience members to power the giant fingers, creating a larger movement and web of connections through their individual dance. During this wild revelry, the thumbs detach to become truly opposable. Two guitarists operate the thumbs while engaging in a musical face-off. 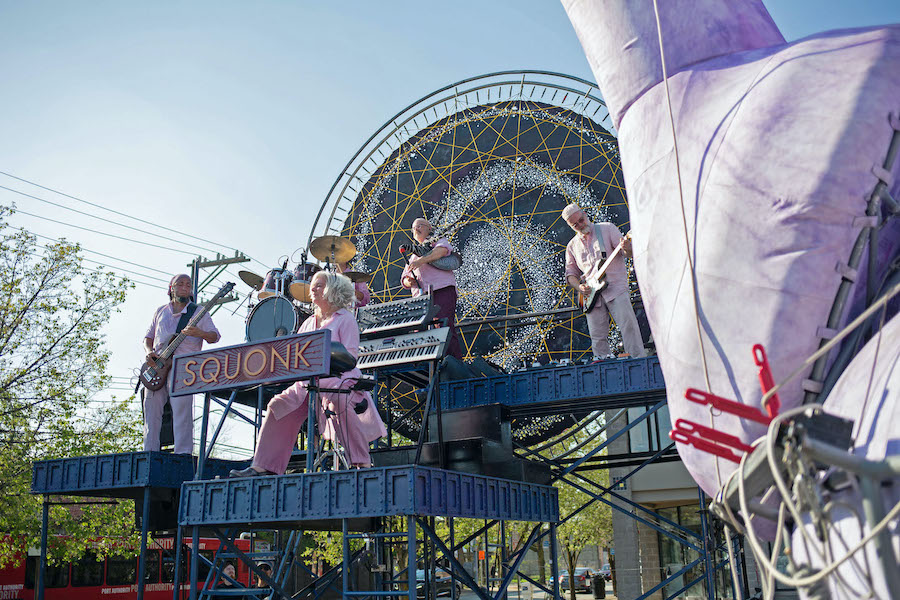 The press release added, “Throughout this raucous journey, Squonk’s musicians create melodious madness, a combination of shimmering keyboard, powerful guitars, wild wind synth and propulsive rhythms. The music travels through peaks and valleys, going from comic and ridiculous to triumphant and majestic.”

Designed by Squonk, the hands are 22 feet tall and weigh about 400 pounds each. Each hand can tilt, rotate and roll around, and each finger is controlled individually with rope.

Co-Artistic Director of Squonk Dempsey said, “It’s fantastic to watch grannies dancing with their grandkids, alongside hipsters – people of all ages and backgrounds. There’s an intense energy and joy – seeing everyone all together, having a great time. It can be very transformative for both the audience and performers.”

Co-Artistic Director of Squonk O’Hearn said, “We do big flamboyant things, musically and visually, and this show is no exception. Being outdoors, audiences are less inhibited; they can see and respond to each other’s reactions. Inviting them to be part of the show makes the event even more about community in a time when our opportunities to come together safely are so meager.”

Since their first big show in a Pittsburgh junkyard, Squonk has taken its productions to Off-Broadway, Broadway, “America’s Got Talent,” Europe, Asia and all over the U.S. The group has released 10 albums of its progressive rock music, “a blend of styles featuring driving rhythms and hypnotic riffs.” Squonk’s productions have been seen by over 1 million people live, and by more than 14 million on network TV.

Squonk has received 10 grants from the National Endowment for the Arts, as well as support from Doris Duke, Rockefeller, Jim Henson Foundations and Heinz Endowments. 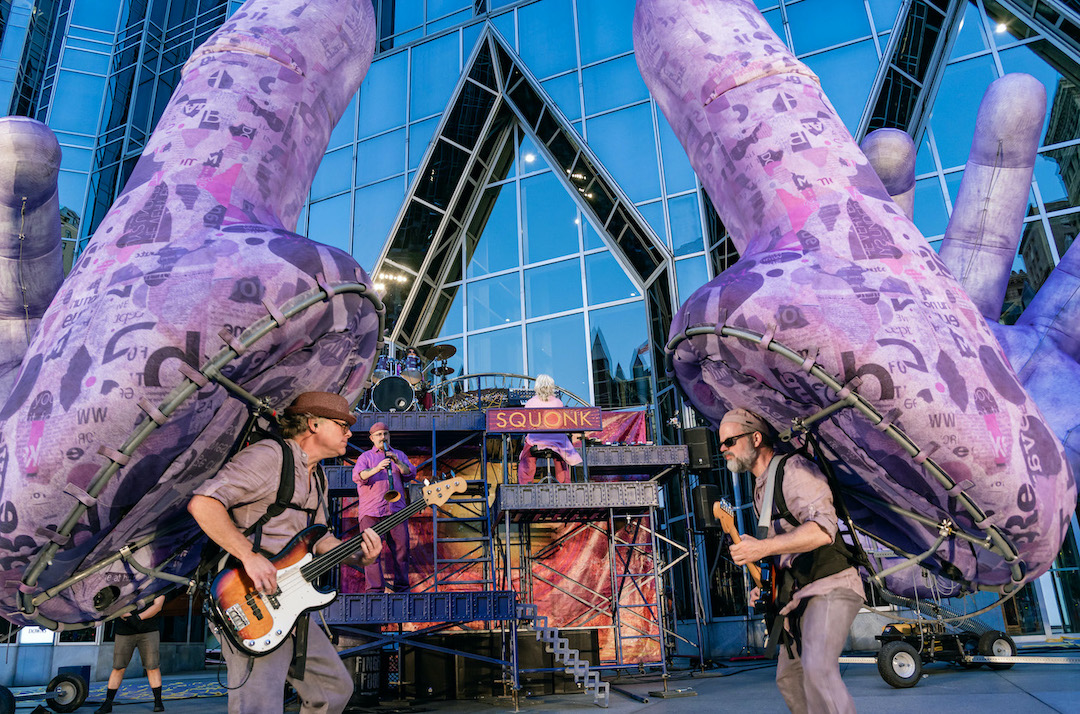