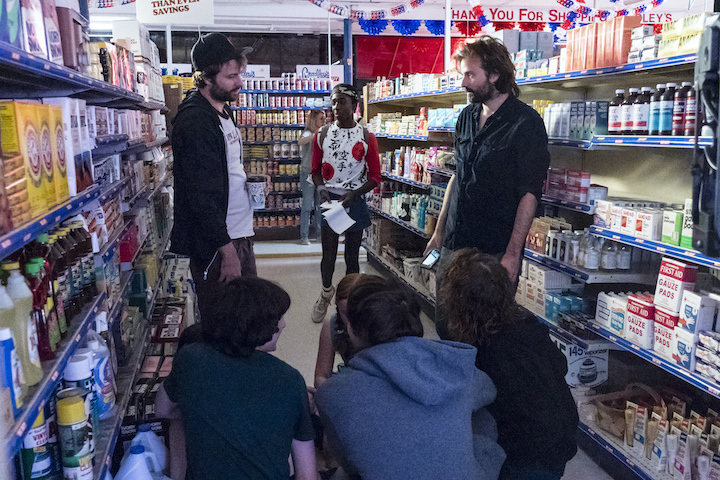 The Duffer Brothers today announced their new production company, Upside Down Pictures, for film and television projects as part of their overall deal with Netflix.

Hilary Leavitt (“Orphan Black,” “Ozark”) has been hired to run the company.

According to The Duffer Brothers, Upside Down Pictures will “aim to create the kind of stories that inspired the Duffers growing up – stories that take place at that beautiful crossroads where the ordinary meets the extraordinary, where big spectacle co-exists with intimate character work, where heart wins out over cynicism.”

The Duffer Brothers and Netflix also announced their growing slate of projects in active development:

√ An original series from creators Jeffrey Addiss and Will Matthews (“Dark Crystal: Age of Resistance”);

√ A series adaptation of Stephen King and Peter Straub‘s “The Talisman,” alongside Steven Spielberg’s Amblin Entertainment and Paramount Television, to be created by Curtis Gwinn;

√ A new stage play set within the world and mythology of “Stranger Things,” produced by prolific and multi-award-winning producers Sonia Friedman, Stephen Daldry (“The Crown,” “Billy Elliot,” “The Reader”), and Netflix. Daldry will also direct. 21 Laps serves as associate producer; and

√ A live-action “Stranger Things” spin-off series based on an original idea by The Duffer Brothers, with Upside Down and 21 Laps producing. 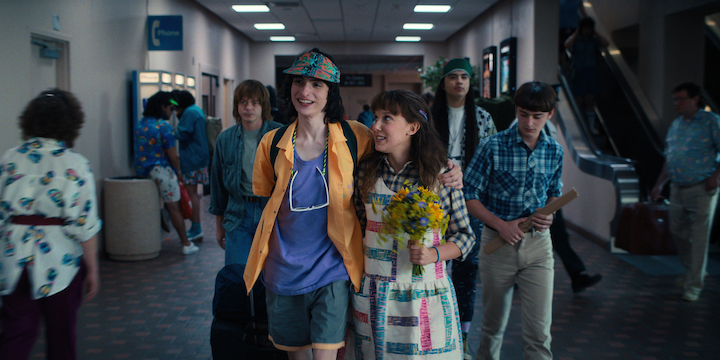 The Duffer Brothers most recently released the fourth season of their hit Netflix series “Stranger Things,” which they wrote, directed and executive produced. “Stranger Things 4” is now No. 1 on Netflix’s (all time) Most Popular English TV list with an astounding 1.15 billion hours viewed in its first 28 days – only the second series to cross the billion-hour viewing mark, with the final tally expected to be higher as “Vol. 2” reaches the 28-day viewing period. The third season released in 2019 still holds at No. 3.

√ It was the biggest premiere weekend ever for an English-language TV show on Netflix with 286.79 million hours viewed;

√ It became the most viewed season of English-language TV in a single week on Netflix with a staggering 335.01 million hours viewed; and

Matt and Ross Duffer said, “It didn’t take long into our first meeting with Hilary, where we bonded over films like ‘Jaws,’ ‘Home Alone’ and ‘Speed,’ to know we had found a kindred spirit. Hilary’s passion for storytelling is perhaps matched only by her passion for the storytellers themselves, for whom she is fiercely protective. No wonder so many writers and directors are drawn to working with her. She is a rare talent indeed, and we feel extremely grateful to have her at our side as we build Upside Down Pictures”

Ted Sarandos said, “Matt and Ross are an exceptionally unique talent with a vision so crisp and clear. They are all about the details – it’s no accident that ‘Stranger Things’ has pierced the zeitgeist to become the epic pop culture phenomenon it is today. We’re excited to continue telling new stories with them as they grow Upside Down Pictures and to welcome Hilary as creative partner.”

Leavitt said, "I remember the first movie I saw in the theater, the first VHS tape I got for Christmas, the first international one-sheet I bid for on eBay because it was cooler than the domestic. And the first time I met Matt and Ross. All of these seminal moments have led to this ridiculously cool opportunity to build a company with the Duffer Brothers where we produce movies and television because we love movies and television. This love is at the core of Upside Down Pictures, where we’re able to collaborate with other artists on projects across the full spectrum of genre. We all love what we do and are excited to do more and more.”

The Duffer Brothers broke out onto the scene in late 2011 when, fresh out of college, they had multiple movie studios vying for their horror-thriller spec script “Hidden,” which landed at Warner Bros. The Duffers directed the film, which starred Alexander Skarsgard and Andrea Riseborough and was released in 2015. They wrote and were executive producers on M. Night Shyamalan's hit television show “Wayward Pines.” The Duffer Bros then created the worldwide phenomenon “Stranger Things” for Netflix in 2016. The fourth season of the series, which they wrote, directed, and executive produced, was released in May (Volume I) and July (Volume II).

Leavitt began her career at BBC America where she helped develop and manage the Emmy Award-winning series “Orphan Black.” She then served as VP of television at MRC, where she helped shepherd “Ozark” to Netflix, “The Great” to Hulu, and developed the Apple series “Shining Girls.” Leavitt then launched her production banner, Blazer, with an overall producing deal at Hulu. A proud member of the LGBTQIA+ community, she put an emphasis on queer and female-driven projects, leading to collaborations with a wide variety of diverse artists and creative partners that include Our Lady J, Liz Hannah, John Wells Productions and many others. She was also a consultant on “Killing Eve.”