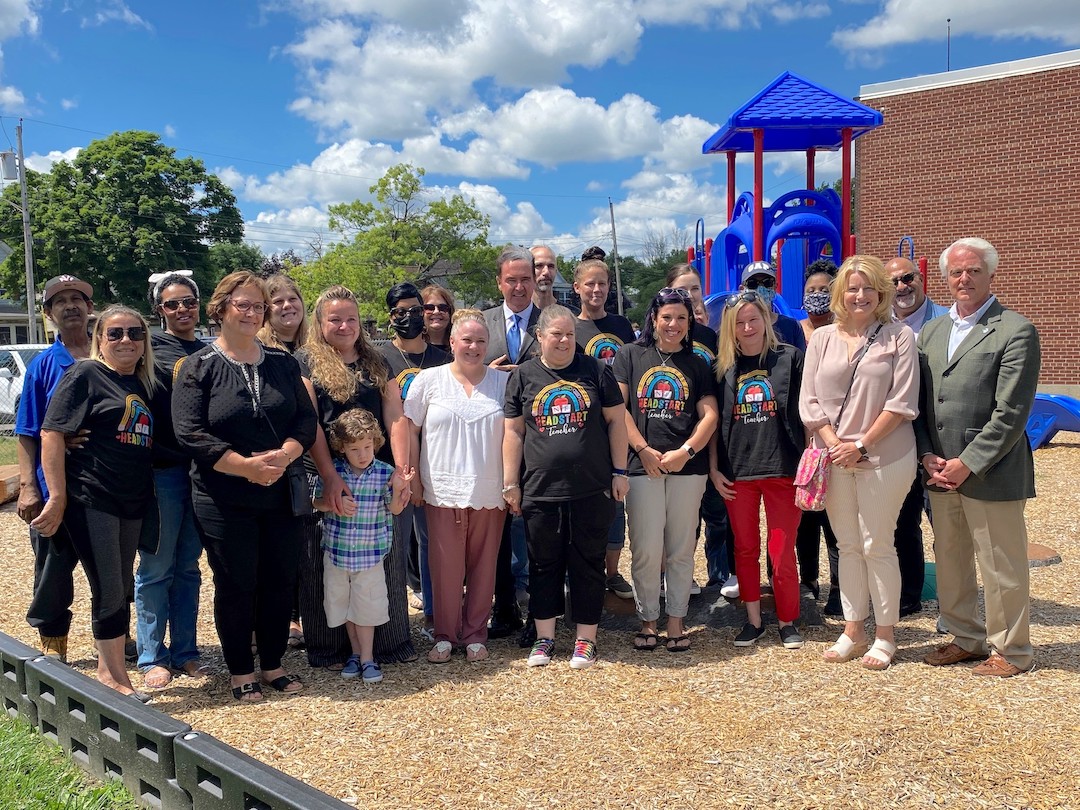 Photo courtesy of the Office of Congressman Brian Higgins

“There is a direct connection between early learning and future success,” Higgins said. “The initiative taken by the Niagara Falls City School District to lead and improve Head Start programs will have a lasting impact – providing opportunities for students to learn and grow, supporting healthier families, and ultimately building a stronger community.”

"The NFCSD is proud of our first months running Niagara Falls Early Head Start and Head Start for the youngest children in our community," Laurrie said. "There is indisputable proof that early intervention leads to a brighter academic future for our children. Starting within the first few months of life, we start to break the cycle of poverty through education.”

The program, which is part of the district’s strategy of supporting students from “cradle to career,” is based on the national Head Start model that focuses on early development, learning, and family well-being to promote school readiness and give student’s a strong foundation for future success. The district just wrapped up its first six months of administering Head Start (3- and 4-year-olds) and Early Head Start (infants and toddlers) with plans to grow in the upcoming school year.

The NFCSD assumed leadership of the Head Start and Early Head Start program from an interim operator in January. Through various, targeted community outreach efforts, the NFDSD family services team was able to boost enrollment in a few months from just 51 students to 91.

The district is now busy preparing for the year ahead, with plans to support 141 children in Head Start and 40 in Early Head Start, nearly doubling enrollment. A new location at the Community Education Center on Lindbergh Avenue will be opened with five classrooms for younger children enrolled in Early Head Start. Employment opportunities will also be available for teachers.

Various partnerships will be utilized to support the holistic approach, which is a trademark of the Head Start program, all designed to strengthen outcomes for children and families. A collaboration with University Pediatric Dentistry will allow for dental screening for Head Start students. The district has coordinated with the Health Association of Niagara County to have “Foster Grandparents” in every classroom. A partnership with the Niagara University’s Levesque Institute is allowing for a childhood specialist to provide practice-based coaching in Head Start classrooms. Additional plans are underway for coordination with several other community-based organizations.

At least 90% of the those enrolled in HS/EHS must meet income guidelines set by the U.S. Department of Health and Human Services. Up to 10% of the available slots are open to children with disabilities. The NFCSD also offers universal pre-K 3 and pre-K 4 at seven elementary schools. Both programs are full-day and free to families living in the City of Niagara Falls.