The Grand Island Lions Club held its Installation and awards banquet at the Buffalo Launch Club on Wednesday, June 8. Past District Gov. Lion Jeff Jarvis installed the board of directors for the 2022-23 year.

Lion Tom Rusert and community leader and former Town of Grand Island Supervisor Mary Cooke received The Lions Club International Foundation Melvin Jones Award. The is the LCIF’s highest honor and is given to a lion’s member or citizen for outstanding humanitarian service.

Rusert is a long-time club member and former club president who has, during his 24 years of service, spearheaded Lions donations to the Neighbors Foundation, collecting many thousands of dollars’ worth of food and donations over the years. He is instrumental in growing the club as membership chairman, bringing in new members on a regular basis. Rusert has maintained a key role with the Lions Special Kids Picnic, using his boat to give children the thrill of a ride. He also is one of the chief cooks at the Lions Spaghetti Dinner.

Cooke is a longtime community leader who has taught life and careers to many students, served as president of the library board, Relay For Life, and the Grand Island Historical Society. She is a former Grand Island councilwoman and town supervisor. Cooke is a lector at St. Stephen R.C. Church. She has volunteered at Trinity United Methodist Church's clothing store and helps with many clothing drives. 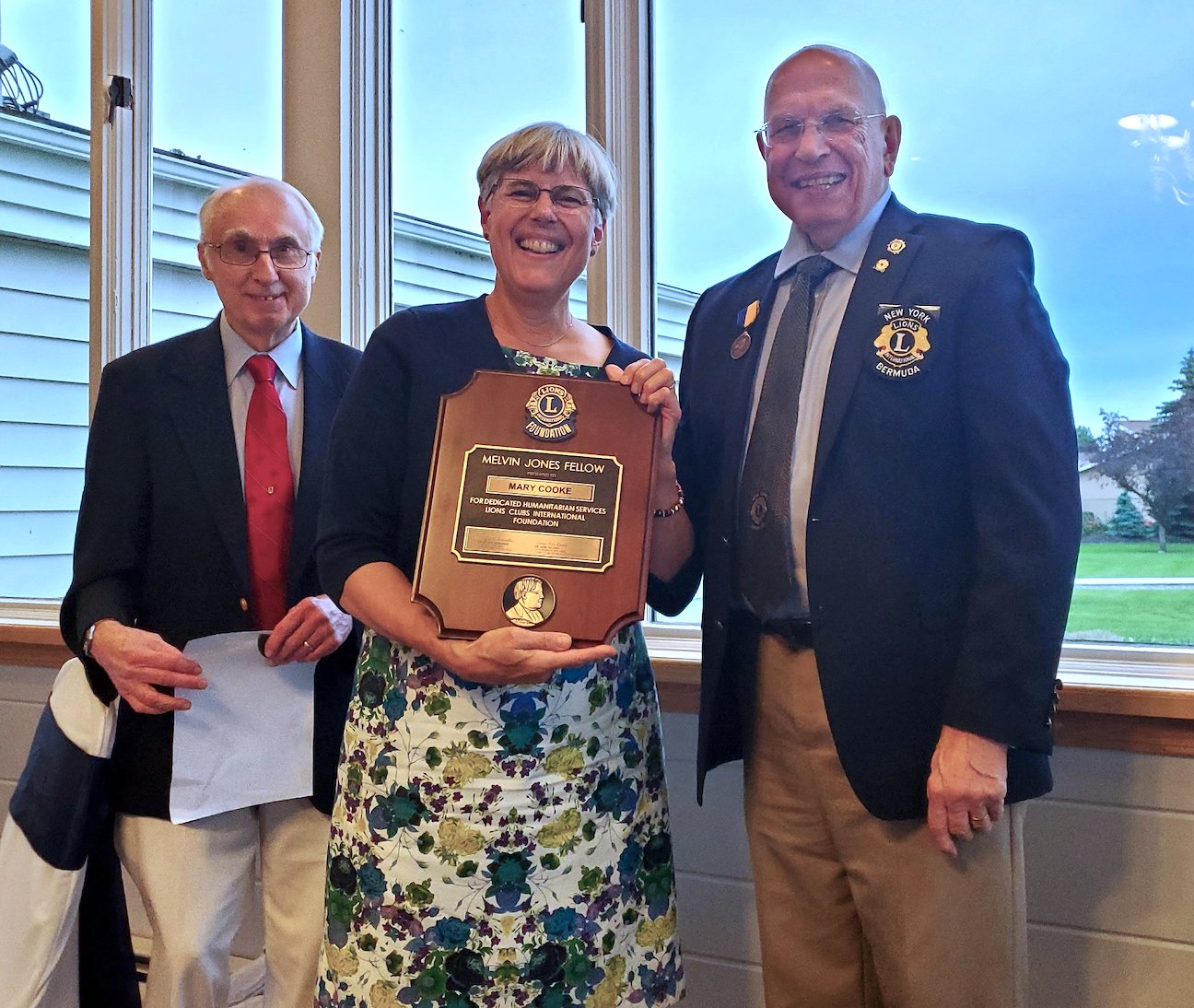 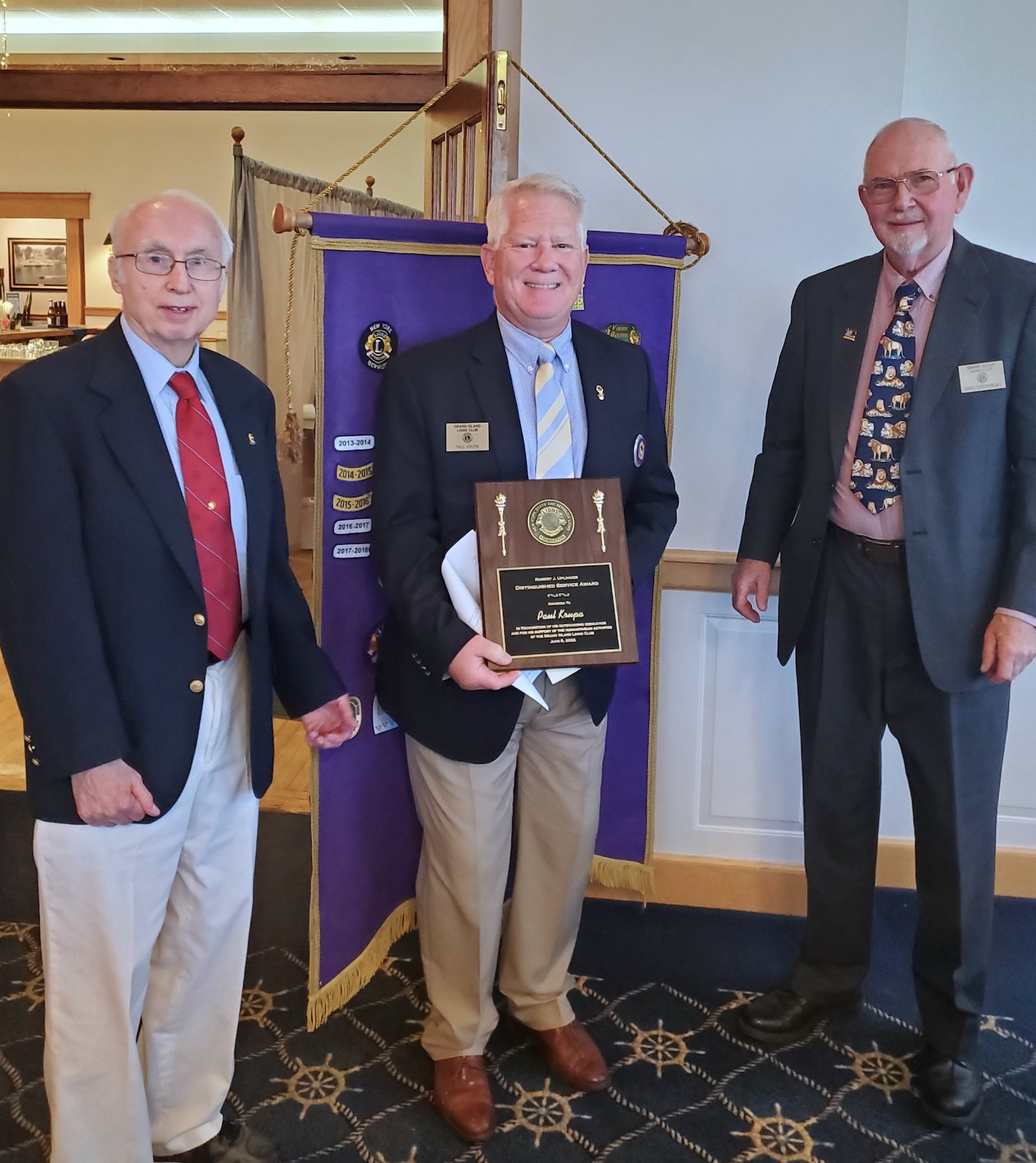 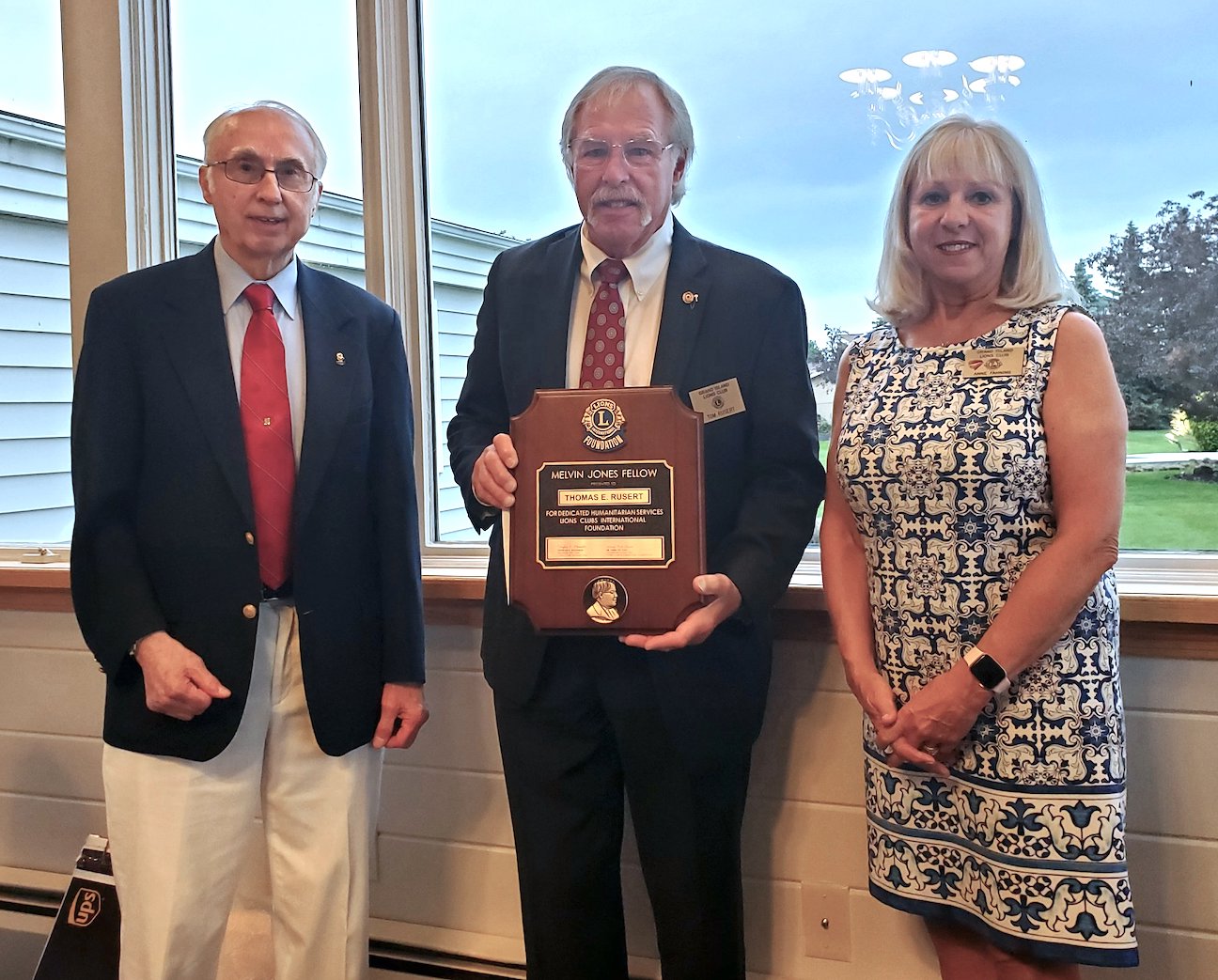 Lion Tom Rusert holds his Melvin Jones Award at the Lions Club installation dinner. Past recipients with him are Lion Paul Bassette and Lion Anne Fahning.