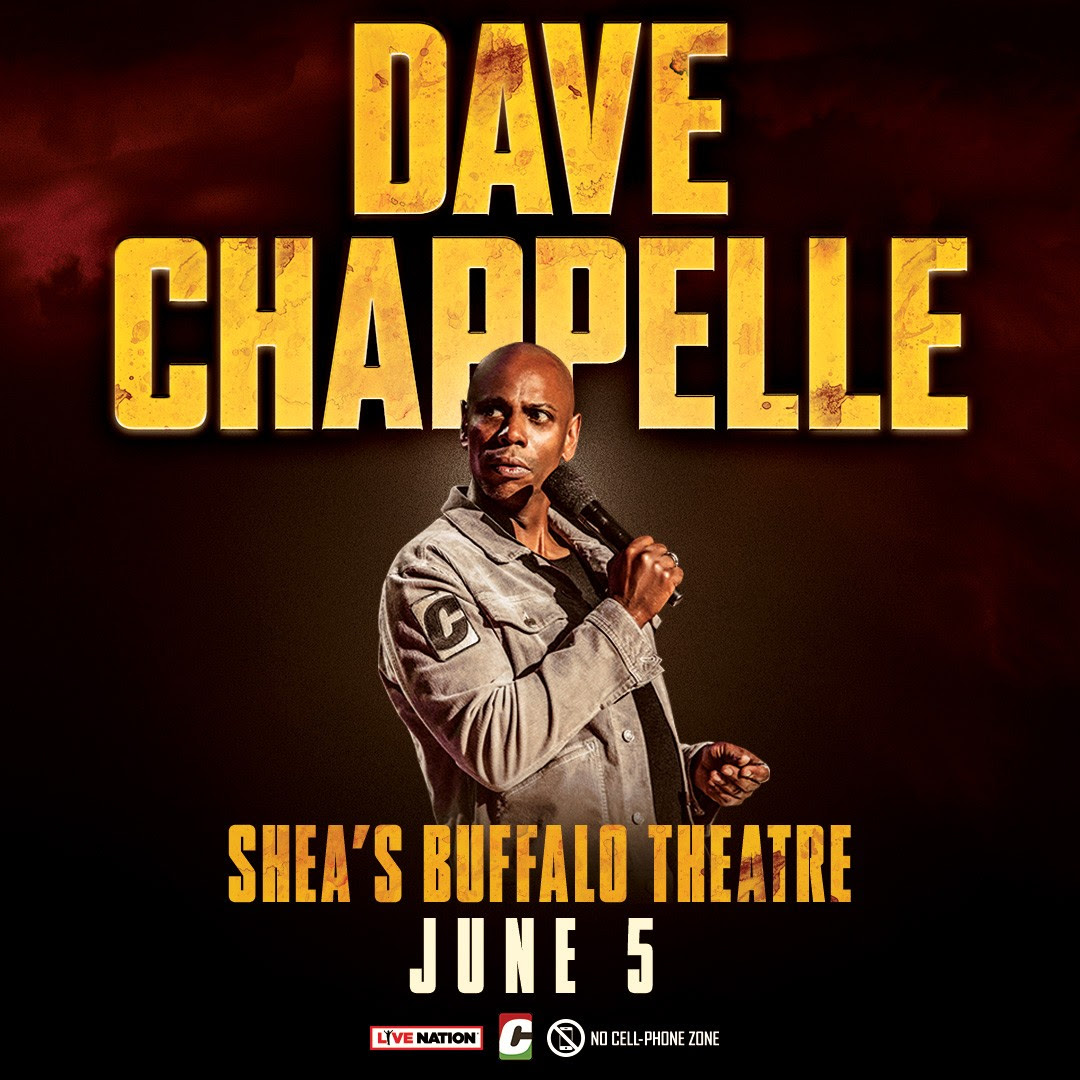 Recognized as one of the greatest comedians of all time, Chappelle was awarded the prestigious Mark Twain Prize for American Humor from the John F. Kennedy Center for the Performing Arts in 2019. His work in stand-up comedy, writing, producing and acting has earned him more than 30 nominations and awards in television and film for projects that include his groundbreaking sketch comedy television series, “Chappelle’s Show,” guest appearances on “Saturday Night Live,” and his comedy specials, which have collectively earned five Emmy Awards. In audio content, Chappelle has won the Grammy Award for Best Comedy Album three years in a row (2018-20). In 2017, Netflix cited “Dave Chappelle: Collection 1” as the most-viewed comedy special ever on their network.

This is a strict “no cell phones allowed” show. Event organizers said, “Please leave your phones in your cars or at home. Anyone who brings a cell phone will be required to place it in a locked pouch. Everyone is subject to a pat down and wanding. Anyone caught with a cell phone inside the venue will be immediately ejected.”

The Shea’s Buffalo Theatre was originally built as a “picture palace” by Michael Shea in 1925. Today, the Shea’s Performing Arts Center is comprised of three modern theaters in the heart of the Buffalo Theatre District, bringing the best of live performance through touring productions and local collaborations to Western New York. The Shea’s Buffalo Theatre is the historic crown jewel of the Performing Arts Center and is one of the top touring theaters in the country with over 3,000 seats. It was designated a National Historic Site in 1975. Shea’s 710 Theatre is the latest space to be added to the campus. Once home to Studio Arena, this 625-seat thrust theater offers Broadway productions and plays produced by local and international theater companies. Shea’s Smith Theatre is a 200-seat black box theater and plays host to Off-Broadway productions, comedy and collaborative productions with local theater companies.