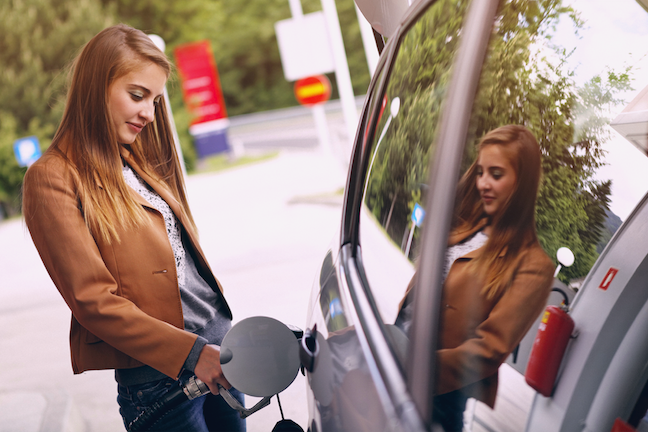 "Fuel prices have surged in recent months, hurting working families and small businesses the most, and it is crucial that we provide New Yorkers relief," Hochul said. "By suspending certain fuel taxes for the next seven months, New York is providing some $609 million in direct relief to New Yorkers – a critical lifeline for those who need it most. At a time when families are struggling because of economic headwinds and inflation, we will continue to take bold action to reduce the economic burden on New Yorkers and get money back in their pockets."

Twenty-five counties across the state have also taken action to set temporary caps on the sales tax charged per gallon of gas and diesel. This program was authorized as part of the state's fiscal year 2023 enacted budget.

As of June 1, Delaware, Dutchess, Erie, Monroe, Putnam, Rockland, Saratoga, Schenectady, Seneca, Ulster, Wayne and Yates counties will collect tax only on the first $2 charged per gallon of gas and diesel, regardless of the actual price at the pump.

Allegany, Broome, Cattaraugus, Chautauqua, Jefferson, Livingston, Nassau, Niagara, Oneida, Onondaga, Oswego, Suffolk and Westchester counties will collect tax only on the first $3 charged per gallon of gas and diesel, regardless of the actual price at the pump.

Hochul’s team said, “These actions will save New Yorkers additional cents per gallon with each customer's specific savings depending on the local sales tax rate and the difference between the price per gallon and the local cap.”

Hochul previously directed distributors, wholesales and retailers of motor fuel and highway diesel motor fuel to prepare for the upcoming suspension of these taxes. Those businesses can learn more here.

New York State Senate Majority Leader Andrea Stewart-Cousins said, "New Yorkers have been picking up the tab for economic hardships due to geopolitical conflicts and a global pandemic. That is why we suspended the fuel tax and, starting today, are giving workers and families a break that they deserve and allowing them to keep their hard-earned money in their pockets. I am proud to have led the Senate majority in working with Gov. Hochul and Speaker Heastie to support New York consumers during these uncertain economic times."

Assembly Speaker Carl Heastie said, "As gas prices continues to hit record highs, the Assembly majority remains committed to delivering relief for New York's families and small businesses. I am hopeful that this suspension of the gas tax by the state and certain counties will alleviate some economic pressure as families prepare for their summer vacations and businesses rebound from the economic impacts of the pandemic."