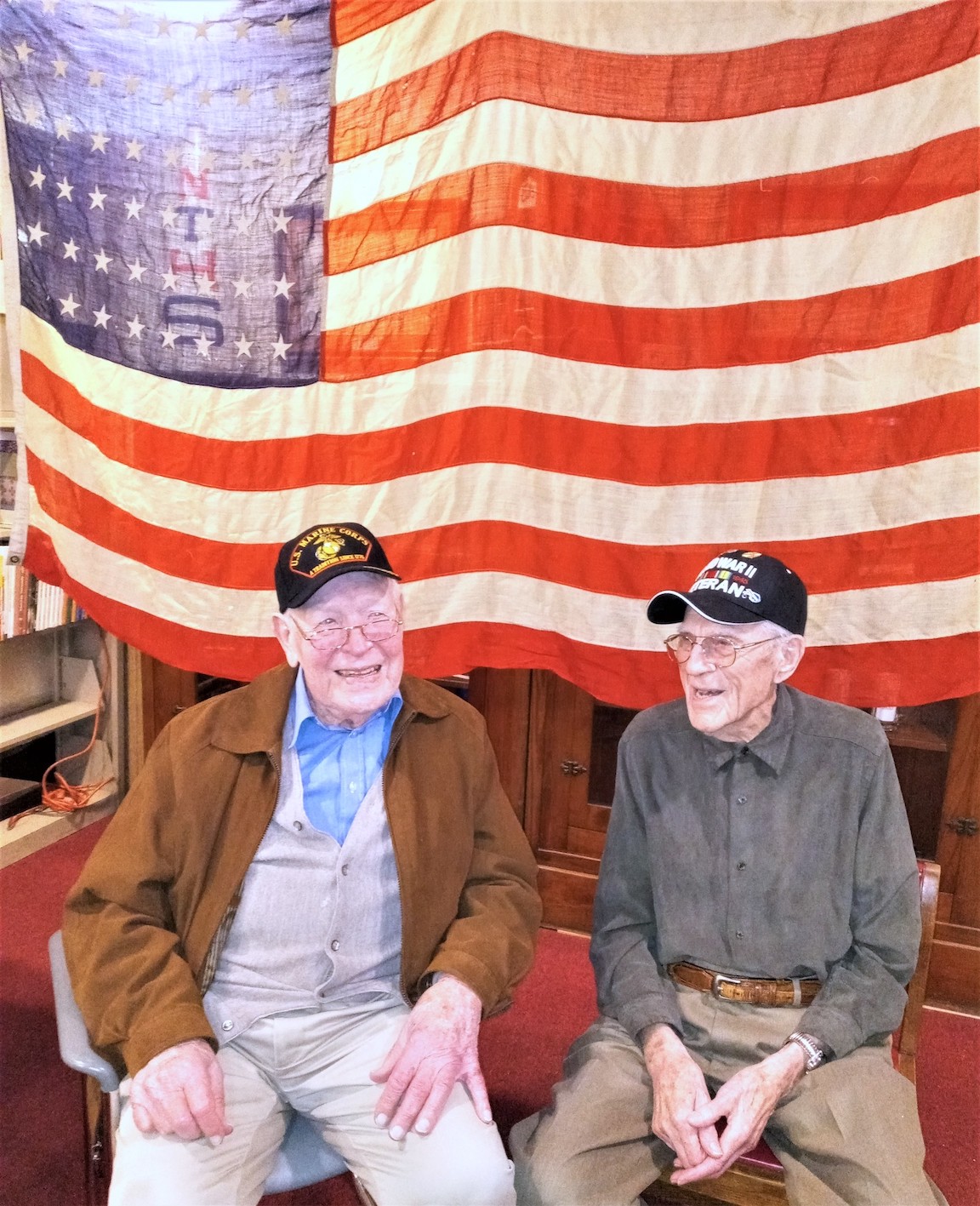 On Tuesday, May 24, the North Tonawanda History Museum welcomed as special guests two outstanding World War II veterans for a public discussion and Q&A: Richard Keil of the Army Air Corps (later to split off as the U.S. Air Force) and Bill Gosch of the U.S. Marine Corps. Keil served in the European theater over the western part of the continent on missions ranging from bombing runs to supplies and tech. Gosch served in the Pacific, “island-hopping” in often close combat, such as Okinawa. Their talks will later be available on YouTube.

In the 48-star flag picture, Gosch, who is 99 years of age, is on the left and Keil, aged 100, is on the right. They are among the last World War II veterans in Western New York. Both were only around 20 years old at the time of service.

Members of the public, who filled the room, was both enthralled and humbled by their varied experiences in the field and subsequent lessons about the horrors of war.

The North Tonawanda History Museum is located at 712 Oliver St. 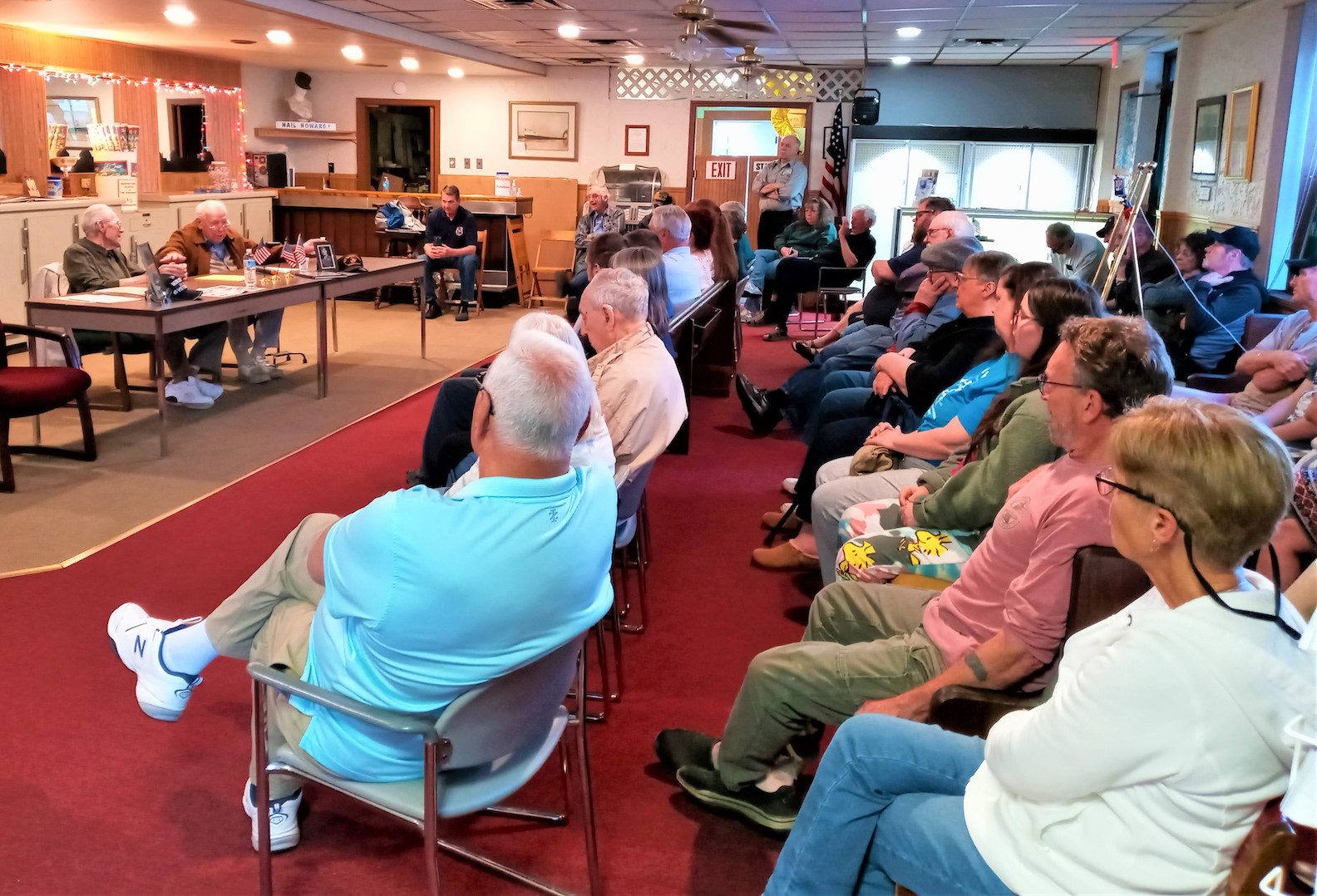