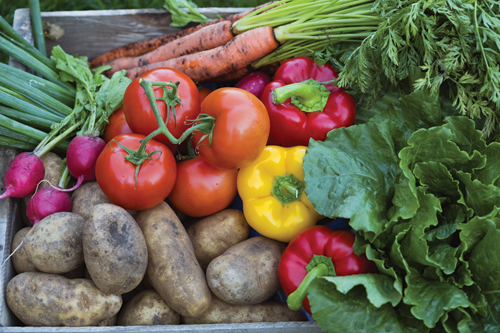 New York State Agriculture Commissioner Richard A. Ball announced New York state has directed emergency funds to help combat food insecurity in the Buffalo community, exacerbated by the May 14 supermarket shooting and closure of the market, which had been a lifeline in a neighborhood already considered to be a food desert.

Through the Department of Agriculture and Markets’ FreshConnect Program, $10,000 has gone to the Massachusetts Avenue Project’s local food collection and distribution efforts. In addition, nearly $20,000 in FreshConnect funding was given to Rochester’s Headwater Food Hub to secure New York-grown produce and to create food boxes filled with New York state foods. Ball joined FeedMore WNY on Wednesday to help distribute these boxes to families in the community as they work to recover.

Ball said, “FreshConnect continues to play an essential role in the department's emergency food response toolbox. Through this program, we have been able to move quickly to direct emergency funds to community organizations in Buffalo, ultimately getting fresh, local New York state food to those who need it most in the wake of the recent tragedy. I know the security of having enough food on the table will help residents take a step towards healing, and I’m proud that New York state is able to play a part in that.”

The Massachusetts Avenue Project (MAP), a nonprofit food justice organization located on Buffalo's west side, is working with other Black-led, east side partners to host a Free Peace Market two blocks away from the currently closed Tops supermarket to ensure residents still have access to fresh, local produce.

The Free Peace Market distributions occur each Wednesday at the corner of East Utica Street and Jefferson Avenue, from 10 a.m. until 2 p.m., or until the supply of products for the day is exhausted. This opportunity is initially planned to be provided to residents for four weeks, after which MAP will assess the community’s needs in determining opportunities to continue.

Also through its FreshConnect program, the department directed nearly $20,000 to the Headwater Food Hub in Rochester for the purchase of New York apples, potatoes, onions and tomatoes, as well as the creation of 850 boxes that went to residents in Buffalo during FeedMore WNY’s daily food distribution events in the community. Each box contained New York-made, shelf-stable items, including pasta, pinto beans and pitas. The distribution additionally included other items like dairy, lentils and rice.

Buffalo Mayor Byron Brown said, “I thank Gov. Hochul and Agriculture Commissioner Ball for this innovative effort to provide fresh fruits and vegetables, and shelf-stable foods produced in New York state, to the Buffalo residents whose access to healthy foods has been greatly reduced following the May 14 tragedy at the Jefferson Avenue Tops Market. This emergency help through the FreshConnect Program is greatly appreciated.”

FeedMore WNY President and CEO Tara A. Ellis said, “FeedMore WNY is grateful to Gov. Kathy Hochul, Agriculture Commissioner Richard A. Ball, and New York state for this supply of food boxes and produce to feed our community members. As FeedMore WNY continues its emergency response efforts in partnership with the County of Erie, City of Buffalo and local community partners, this nutritious, New York-made food will help alleviate food insecurity and provide healthy items for our neighbors.”

Headwater Food Hub Director of Community Programs TC Washington said, “Headwater is honored to make healthy, local food deliveries to organizations in Buffalo. We know that food insecurity is too often a byproduct of systemic racism and oppression, and we are proud to leverage our resources to continue combating hunger across the state."

Massachusetts Avenue Project Executive Director Diane Picard said, "We very much appreciate the state's quick response to support the immediate food needs of the east side community so devastated by the recent racially motivated massacre. MAP will use the FreshConnect funds to partner with and support the efforts of the Black-led organizations who have taken the lead on responding to this tragedy, and who will continue their work in this neighborhood for the long term."

Hochul previously announced the availability of resources to victims of the shooting, including $2.8 million from the New York State Office of Victim Services for additional services to victims and their families; a partnership with ride-share companies to provide discounted rides to and from local grocery stores; and the NY Project Hope Line for mental health support.

The FreshConnect Checks Program has also been available to veterans, service members and their immediate families since 2014, and can be used to purchase fresh foods at participating farmers' markets and farm stands.