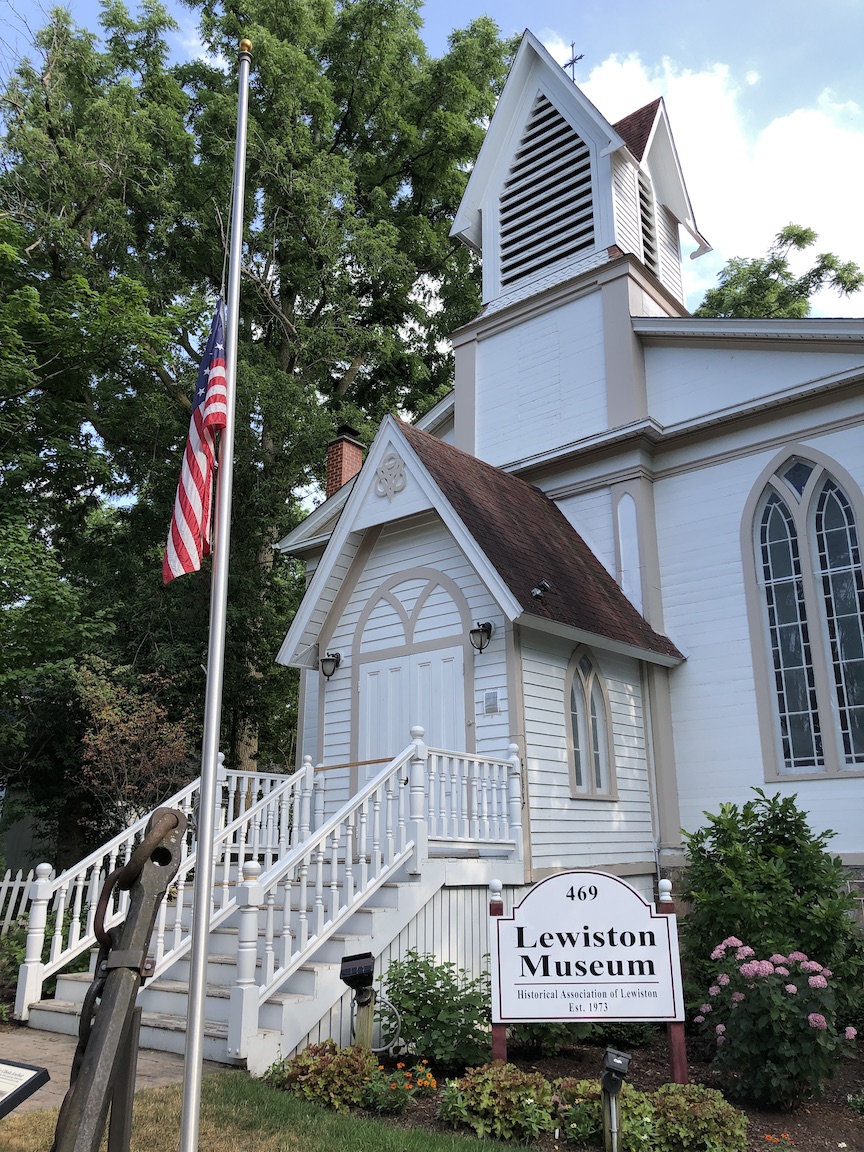 Submitted by the Historical Association of Lewiston

Over the past two months, volunteers at the Lewiston Museum have been working diligently to prepare a brand-new display of something very, very old.

“History lies around every corner in this community, and occasionally special opportunities arise to explore it and learn about the early residents of this area,” says Ken Slaugenhoupt, president of the Historical Association. Native Americans have visited what is now known as Lewiston for thousands of years, coming to harvest fish from the beautiful Niagara River, and were awed by the spectacle of the Great Fall of Niagara.

In the late years of the 18th century (1790s), Europeans, who started exploring here in the latter half of the 17th century, began to come and settle in earnest. Businessmen and entrepreneurs saw vast opportunities and settled here to carve out lives on the frontier, which was an apt description of Western New York at that time.

Many residents know that, in the early morning hours of Dec. 19, 1813, the British Army and allied Native warriors crossed the river from British-held territory, captured Fort Niagara and then burnt homesteads and villages along the river all the way to Black Rock (now Buffalo).

Relics of that era are rare and hard to come by. One fascinating story of the lore of that time, has now found a fresh retelling.

The community is invited to stop into the Lewiston Museum, at Cayuga and Niagara streets, from 1-5 p.m. Saturday, June 4. They can see a new display and here all about the earliest settlers and business people with direct ties to the War of 1812, the burning of Lewiston, and existing buildings in the community (including the Frontier House).

The museum is open from June through September, from 1-5 p.m. Wednesdays through Saturdays. Admission is free, but donations toward the maintenance of the facility and our collections are always gratefully accepted.