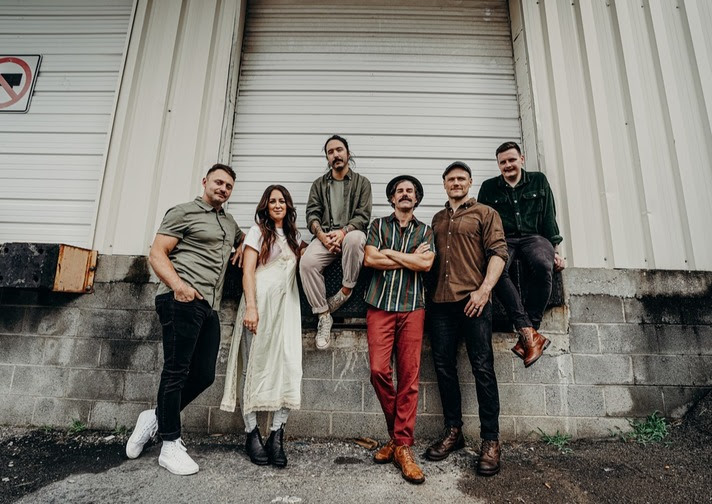 Northern Ireland worship band Rend Collective has released a new song, "Plans," from a forthcoming new album. The band’s team said, “This song is to remind listeners that, even in the hardest times – a global pandemic, a loss, a health struggle, and when you haven't seen the answer to your prayer – God has a plan for you.”

In addition to the new song, a lyric video is also available today.

"The song 'Plans' is about that place where we often find ourselves – the grey space between faith and fear," Rend Collective shared. "When we haven't seen the answer to our prayers. There are elements of the song that hang unresolved, which is real to life. It’s an emotion we wanted to capture musically. We wrote this song as a pillar for us to lean on. In some ways, this song is for us as much as it is for you. We need help remembering to trust in the character of God, even when things shift around. This song reminds us that, ultimately, God has a plan for our lives."

This song will lead to more new music from the group as it wraps up an album that will release in the fall.

With more than 597 million career streams, a No. 1 Billboard Top Christian / Gospel album debut with “Choose to Worship,” a Top 5 radio single ("Counting Every Blessing") and an RIAA Gold and Platinum single with "My Lighthouse," Rend Collective is “an authentic worship experience. “

The live show from Rend Collective has captured audiences worldwide with several major tours with top artists such as Chris Tomlin, Kari Jobe, Lecrae and, most recently MercyMe. They have also headlined tours across the U.S., Canada, Australia and Europe. Next month, they will embark on their headline European with special guest Matt Maher. For more information on dates and tickets, visit rendcollective.com.

A press release noted, “From a small, coastal town in Northern Ireland, Rend Collective forged a new palette for worship music. Trading synths for ukuleles and big halls for campfires, Rend Collective scuffed up the pristineness of modern worship, speaking directly to those who weren’t knocking on the church’s door. Now, they bring this same unique music to the world, leaving their sold-out audiences filled with joy, unity, and an authentic worship experience.