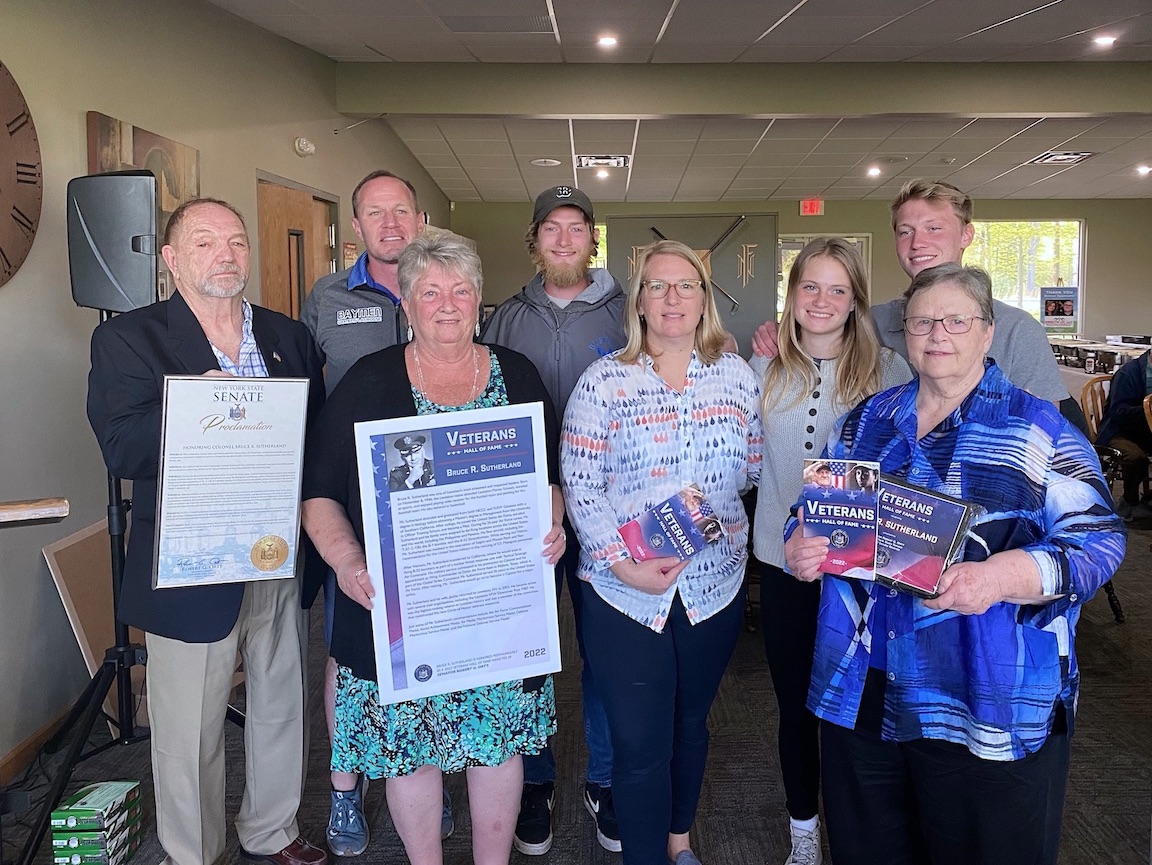 The tournament, which hosted more than 140 golfers, was held in Bruce’s memory and was also used as a fundraiser for two of his favorite organizations: the Historical Association of Lewiston and the VFW scholarship fund.

“Not only is Col. Sutherland an American hero with a distinguished record of service in our nation's Air Force, but he was also a Lewiston icon who was beloved by residents throughout the entire village,” Ortt said. “After his time in the military came to an end, his service did not stop, and he never stopped giving back to the community he loved so much. I could not think of a more deserving individual as my nomination for the New York State Senate Veterans’ Hall of Fame. While we will all miss Col. Sutherland and what he did for our community, his legacy and memory will live on forever.”

Sutherland, a Vietnam veteran, spent much of his 26-year Air Force career traveling throughout the world, with service in Southeast Asia and Central America, before being stationed in California. Once there, he would train in flying B-52 bombers as part of a nuclear threat response unit with the Tactical Strategic Air Command. His military service culminated in his promotion to colonel and his appointment as wing commander at Dyess Air Force base in Abilene, Texas, which is part of the Global Strike Command. After his 26 years in the U.S. Air Force, Sutherland would go on to become a captain for a major airline.

Sutherland and his family returned to his hometown of Lewiston, where he had the distinction of being the highest-ranking military veteran in Lewiston history. He served the community for several years, becoming a leading advocate for the restoration of the Frontier House – Lewiston's most cherished historical landmark – and an admired and respected spokesperson for those he represented. He became active with several civic organizations, including VFW Downriver Post 7487 and the Lewiston Public Library, where he served as president of their respective boards of trustees. In 2011, he was elected by his fellow citizens as a Village of Lewiston trustee. He was appointed to the position of deputy mayor.