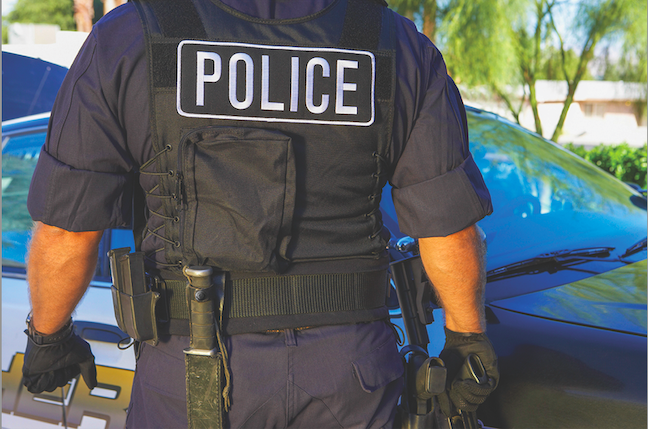 It is alleged that, on Saturday, May 14, at approximately 2:30 p.m., the defendant drove to Tops Friendly Markets on Jefferson Avenue near Riley Street in the City of Buffalo with the intent to commit a crime. The defendant, who was allegedly wearing tactical gear and armed with an assault weapon, encountered several people in the parking lot. The defendant is accused of intentionally shooting four people outside of the grocery store. Three of the four victims died from their injuries.

It is further alleged that the defendant entered the store and exchanged gunfire with an armed security guard. The security guard, who was a retired member of the Buffalo Police Department, died from his injuries. The defendant allegedly shot eight more people inside of the store. Six died from their injuries. Two people were injured by gunfire.

The defendant was quickly apprehended by responding police officers.

Flynn said, “This is a tragic day in the City of Buffalo. This defendant is accused of traveling to our area and targeting innocent people who were shopping for their groceries on a Saturday afternoon. I continue to pray for all affected by this horrific crime. I am committed to obtaining justice for the victims, their families and this community. My office is working closely with the U.S. Attorney’s Office and our partners in law enforcement into potential terrorism and hate crimes. This is an active investigation and additional charges may be filed.”

Gendron is scheduled to return at 9:30 a.m. Thursday, May 19, for a felony hearing. He was remanded without bail.

If convicted of the charge, Gendron faces a maximum sentence of life in prison without parole.

The case is being prosecuted by Chief Gary W. Hackbush of the homicide unit, and Chief John P. Feroleto of the major crimes unit.

As are all persons accused of a crime, the defendant is presumed innocent until or unless proven guilty in a court of law.

In response to Saturday’s shootings, Gov. Kathy Hochul said, “I want to thank the Buffalo Police Department for their exceptional work in handling this situation. And also, I want to thank the New York State Police who have been embedded from the very beginning. The State Police role is supportive here locally, but also it is a prime role working with the FBI to secure the home of the individual, which is out of this region from the Southern Tier, and amass as much evidence as humanly possible in the very near term.

“It's hard to know what to say. This is my community. I know this community well; I've walked these streets. I know the individuals who live here. It's a wonderful, tightknit neighborhood. And to see that sense of security shattered by an individual, a white supremacist who has engaged in an act of terrorism and will be prosecuted as such, in a cold-hearted, cruel, calculating way. A military-style execution, targeting people who simply want to buy groceries in a neighborhood store.

“It strikes us in our very hearts to know that there is such evil that lurks out there. Yes, I'm here to console the families in a community that is feeling so much pain right now. But mark my words, we'll be aggressive in our pursuit of anyone who subscribes to the ideals professed by other white supremacists, and how there's a feeding frenzy on social media platforms where hate festers more hate – that has to stop.”

New York State Senate Majority Leader Andrea Stewart-Cousins said, “I am heartbroken for the victims whose lives were cut short in today’s horrific mass shooting in Buffalo, which was a racially motivated hate crime. There is no place in New York for hate and white supremacy or any other hate-based ideology. This targeted attack against Black Americans is not a new phenomenon in this country, and now is the time that we as a nation come together to confront this hatred. My thoughts are with the victims' families whose lives have been shattered by this cruel act of racial hatred and senseless violence.”

New York State Sen. Sean Ryan said, “I was just briefed on the situation and joined my colleagues, law enforcement, and the governor as she spoke to the devastated Buffalo community. My heart breaks for the victims of today's attack, their friends and family, and all of the members of our community who have been impacted. Today, a white supremacist drove to our city to kill members of Buffalo's Black community. These types of hate crimes and beliefs remain infuriatingly prevalent in our country. We must condemn not only this ghastly act of terrorism, but the despicable beliefs that motivated it as well. Tonight, as people across the country join us in mourning, I know we will be united in our demand for justice.”

New York State Sen. Rob Ortt said, “The tragic shooting that occurred in a Buffalo supermarket Saturday afternoon is heartbreaking for our community and people all across the state and country. My wife and I are praying for the victims and their families.

“I want to thank the Buffalo Police Department and emergency medical services for quick action in detaining the suspect and aiding the injured.

“New Yorkers stand together in condemning this despicable violence.”

Congressman Brian Higgins who represents and lives in Buffalo, said, “Buffalo is my home, the community I love. Today, our neighbors – people who left their homes to simply go to work or get groceries – were targeted by a racism-inspired act of domestic terrorism. Families I know have been forever changed, loved ones forever gone.

“Known as the ‘City of Good Neighbors,’ Buffalo is community that looks out for one another. We are hurt, we are grieving, and we will need to come together like Buffalo does to heal.

“The facts are plain. The motivation is hate-filled and disgusting. I applaud law enforcement and agencies at the federal, state and local level who apprehended the shooter, are collecting evidence, and organized a quick arraignment. The shooter should be prosecuted to the fullest extent of the law.”